ZINES!
If I Could Live in Hope – Sexual Abuse and Survival by Kisha Hope $3.00
Mountain Wilds by  Jay Krevens $6.00 – Jay moved to the Portland and just sent us some new scenic love of misty lore and cabin crafts, looming, owling, bear worship and astral travails. Accordian folded booklet has crafts on one side and mountainscape panorama on the reverse. -EF 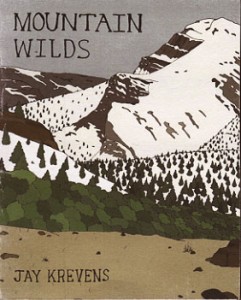 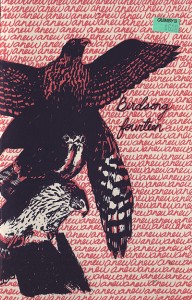 Humble Humdrum Cotton Frock #3 A Twilight Teeter Into Organic Esoterics $3.00
Judas Goat Quarterly #48 by Grant Schreiber $1.50
Public Collectors Paper Blog – Feeling Emotion in Everyday Life  by Marc Fischer (Temporary Services) There are many types of libraries in the world but none quite like this one.
Parfait #4 Style Sheet fall 10 by Emily $2.00
You’re An Angel You lil Devil #4 by Randy Robbins $2.00
Narcolepsy Press Review #6 $2.00
We’ll Never Have Paris vol 7 Win 10 Modern Fire $4.00
Basic Paper Airplane #4 by Joshua $3.00 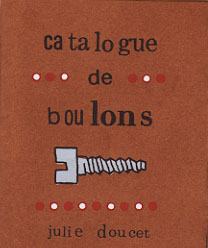 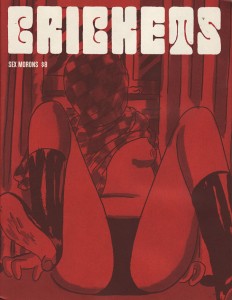 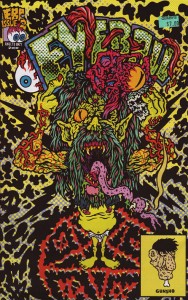 Three Stories by Lisa Cline $3.00
Bubblegum Party by Lee Bretschneider $4.00
Poseur #4 by Nat Hoonsan $3.00
Robbie and Bobby #1 A Comic Primer by Jason Poland $5.00
Candy Gang #4 Dream Nights by Chet Pickens $4.00
Hoyo de Gusano #1 by Ines Estrada $8.00
How To Be Lolita by Jojo $3.00 – Super cute fashion guide. Hint: Dressing Lolita involves lots of bows!
Takes One to Know One: Douche Bags – A Love Story by Jordan A. Fu $3.00 – Woah, Jordan, that guy’s an asshole.
Using A Multisensory Environment $8.00
Kim Gee Comics #1 by Kim Gee $5.00
Dewey Decimal System Is Decadent and Depraved A 24 Hour Comic by Bill Volk $2.00
Only Skin #6 by Sean Ford $5.00
Trigger #2 by Mike Bertino (Revival House) $5.00 – After doing three stories in three styles in the last issue, Bertino does three wildly different narratives here with a more unified look, like he’s been pinning stuff down. A lot of the characters are hapless assholes and it makes me think of what that means for the structure of the stories and the title “Trigger” itself…as in, it’s a comic about the grating destructive aspects but managed with subtlety and craft. The drawing skillz certainly pay the bills and seeing #1 and #2 together is making me think I do like reading about jerks. The plotlines are a Vermilean absurdity of hellbent talking pants, a continuation of the Huizengian suburban snark story of a newbie high school teacher and an outer space colonization story that pulls a little from Matthew Thurber and a lot from Star Trek. -EF 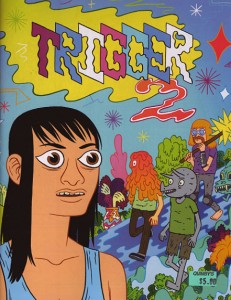 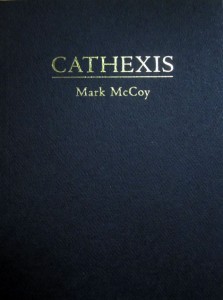 FICTION!
Hungry Rats by Connor Coyne $16.00 – A teenage girl with a fear of rats tracks a serial killer named the Rat Man. Don’t miss Connor’s event here at Quimby’s on 2/15!
Forgery by Amira Hanafi (Green Lantern Press) $20.00
Mechanics of Homosexual Intercourse by Lonely Christopher (Akashic) $15.95
Tiny Wife by Andrew Kaufman (Madras Press) $8.00 – “A thief charges into a bank with a loaded gun, but he does not ask for money; what he asks for, instead, is the object of greatest significance currently in the possession of each patron. The thief then leaves, and the patrons all survive, but strange things soon begin to happen to them: One survivor’s tattoo jumps off her ankle and chases her around; another wakes up to find that she’s made of candy; and Stacey Hinterland discovers that she’s shrinking, incrementally, a little every day, and nothing that her husband or son do can reverse the process. The Tiny Wife is a fable about losing yourself in circumstances and finding yourself in the the love of another.” 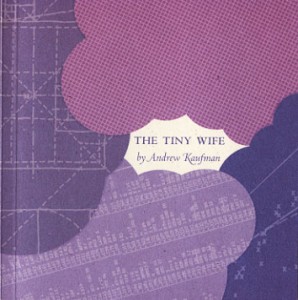 Moors by Ben Marcus (Madras Press) $7.00
Peter and Max: A Fables Novel by var. (Vertigo) $14.99 – Now in soft cover. Find it in with the graphic novels even though it’s a novel. It’s a companion to the Fables series.
Graveyard Book by Neil Gaiman/Dave McKean (Harper) $10.50 – Now in soft cover. 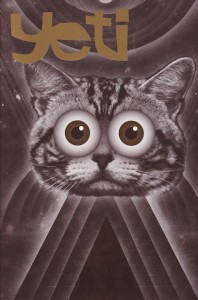 POLTICS & REVOLUTION!
Life Inc.: How Corporatism Conquered the World and How We Can Take It Back by Douglas Rushkoff (RH) $16.00 – Now in soft cover.
Fear of the Animal Planet: The Hidden History of Animal Resistance by Jason Hribal (AK) $15.95

MAYHEM, MISCELLANY & OUTER LIMITS!
Complete History of the Return of the Living Dead by var. (Plexus) $24.95
Zombie Spaceship Wasteland HC by Patton Oswalt (Scribner) $24.00 – Hilarious words from this articulate and witty comedian.
Zombies History of the United States from the Massacre at Plymouth Rock… by Dr. Worm Miller (Ulysses) $13.95 – If Howard Zinn was a member of the undead, he would have written this book.
Kivas of Heaven: Ancient Hopi Starlore by Gary A. David (Adv Unl) $19.95
Cosmic Ships, Truth and Lies About UFOs: Other Humanities and Our Future by  Samael Aun Weor (Glorian) $12.95
Dark Stars Rising: Conversations from the Outer Realms by Shade Rupe (Headpress) $27.95 – 27 candid interviews spanning 24 years conducted by New York film writer Shade Rupe, known for his avant interests and the cultural realm he inhabits with his Funeral Party books. Interviews with the smaller half of Penn & Teller, Divine, Crispin Glover, Alejandro Jodorowsky, Genesis Breyer P-Orridge and more.
Nomad Codes Adventures in Modern Esoterica by Erik Davis (Yeti Publishing) $17.95 – “Erik Davis explores the codes (spiritual, cultural and embodied) people use to escape the limitation of their lives and enrich their experience of the world, from Asian religious traditions and West African trickster gods to Western occult and esoteric lore, to media technology and psychedelic science. Whether his subject is transvestite Burmese spirit mediums or Ufology, tripster king Terence McKenna or dub maestro Lee Perry, Davis writes with keen yet skeptical sympathy, intellectual subtlety and wit, and unbridled curiosity.” 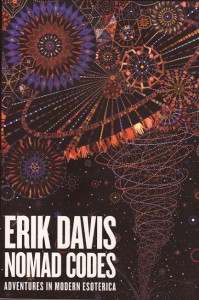 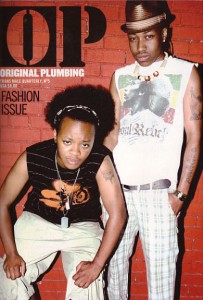 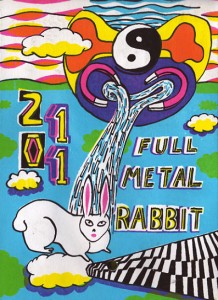