Hall Pass #1 by Joseph Wilcox $5.00 – The hall pass in Mr. Wilcox’s high school is a camera! And you are required to take a picture if you have it. Here’s the results!

Ugly by Chloe Perkis (Bred Press) $10.00 – Saturated with electric colors, eye popping graphic illustrations and a hilariously twisted sentiment about the absurdity of beauty standards, this little comic really packs one hell of a punch. -CH

Out In These Woods by Monica Gallagher (Lipstick Press) $5.00

Lovers In the Garden by Anya Davidson (Retrofit) $10.00 – An art-dealing dope pusher and his deadly drug mule, two Vietnam veterans turned hit-men, an optimistic undercover cop and a renegade reporter with a nasty drinking problem all collide in the naked city. But who will come out on top after everyone’s hit rock bottom? 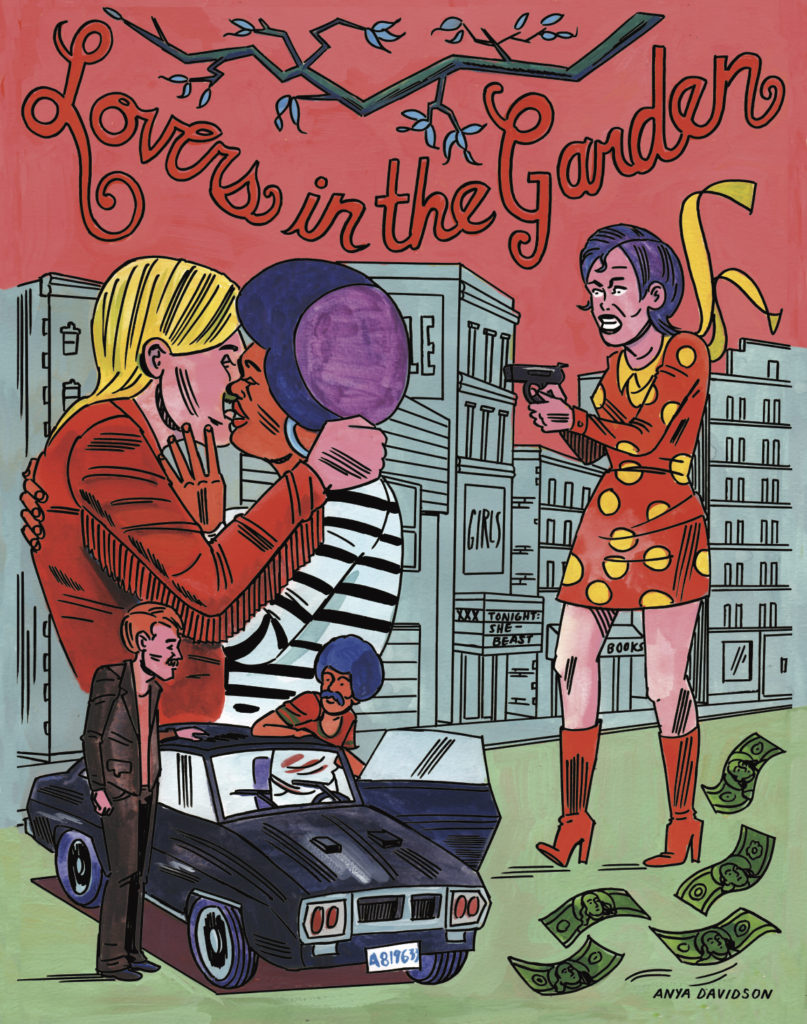 Robert Crumb Sketchbook vol 1 June 1964-Sept 1968 by Dian Hanson and Robert Crumb (Taschen) $39.99 – This book contains hundreds of sketches, including early color drawings from the master of underground comic art, cover roughs for the legendary Zap and Head comics, the original Keep On Truckin’ sketches, the first appearance of Mr. Natural, plus his evolution and refinement, Fritz The Cat, the Old Pooperoo, and many, many voluptuous Crumb girls. 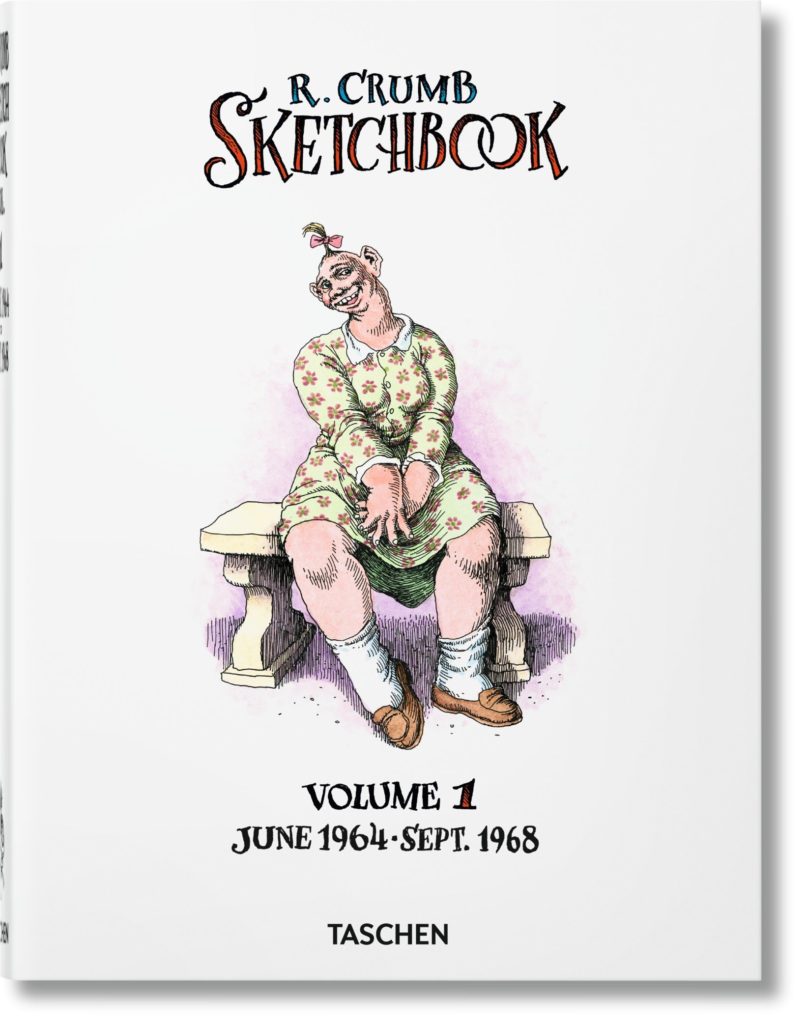 The Realist Cartoons by Paul Krassner and Ethan Persoff (Fantagraphics) $44.99 – The Realist was the legendary satirical magazine published from 1958 to 2001. Founded and edited by the brash provocateur, radical, and prankster Paul Krassner, humor and ridicule were the magazine’s weapons of choice. This book collects for the first time the best, the wittiest, and the most provocative drawings that appeared throughout the magazine’s history, including work by R. Crumb, Art Spiegelman, S. Clay Wilson, Jay Lynch, Trina Robbins, Mort Gerberg, Jay Kinney, Richard Guindon, Nicole Hollander, Skip Williamson, and many others. 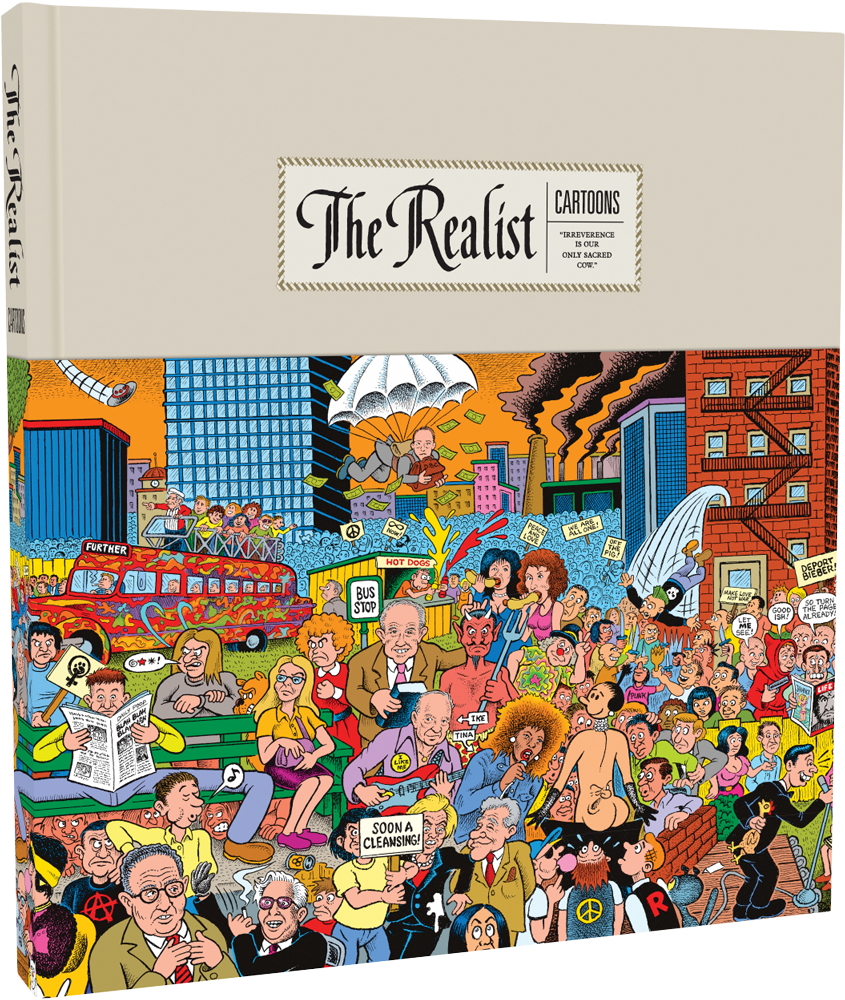 Jacob Bladders and the State of the Art by Roman Muradov (Uncivilized) $16.99

The Life and Legend of Wallace Wood ed. by Bhob Stewart (Fantagraphics) $39.99 – Incisive look back at the life and career of one of the most mythic figures of cartooning, the man behind Daredevil, Mad mag artist, self-publishing pioneer of Witzend? etc.

The Unbeatable Squirrel Girl vol 4 I Kissed a Squirrel and I Liked It by North and Henderson $15.99

The Palace of Champions by Henriette Valium (Conundrum) $25.00 – Collection of work translated into Ennglish from one of the greatest French-Canadian cartoonists of all time, one of underground comic’s elder statesmen. His style is like the bastard love child of S. Clay Wilson and Derf Backderf as raised by French avant-garde collective Le Dernier Cri.

No One Told Me Not to Do This: Selected Screenprints, 2009-2015 by Jay Ryan (Akashic) $22.95 – Newest collection of Ryan’s screen-printed work, including posters for bands such as Andrew Bird, Shellac, My Morning Jacket, Sonic Youth, Dinosaur Jr., Hum, St. Vincent, and others, as well as posters featuring Lil BUB, Cards Against Humanity, various bicycle races, film screenings, and pictures of sloths, walruses, and other mammals in states of troubled sleep.

Iggy Pop Life Class by various (Brooklyn Museum) $24.95 – Iggy Pop was the nude model for a life drawing class at the Brooklyn Museum back in February. This book includes drawings by all participating artists, ranging from five-minute sketches to studies to presentation drawings-107 works in all.Also included are candid photos of the process alongside comparative works from the Brooklyn Museum’s collections.The book features an introduction by Deller, an interview with Pop about his rationale for participating in this project, and an essay on the practice of life drawing in art history and the studio.

Searching for John Hughes, Or Everything I thought I Needed to Know About Life I learned From Watching 80’s Movies by Jason Diamond $15.99

The Bassoon King: My Life in Art Faith and Idiocy by Rainn Wilson $16.00 – Now in soft cover!

The Daily Show (The Book): An Oral History as Told by Jon Stewart, the Correspondents, Staff and Guests $30.00

The Muhammad Code: How a Desert Prophet Brought You ISIS, Al Qaeda, and Boko Haram by Howard Bloom (Feral House) $23.95

United States of Fear by Tom Engelhardt (Haymarket) $16.95 – by the writer of the TomDispatch website, a project of The Nation Institute.

How Will Capitalism End? by Wolfgang Streeck $26.95

The Complete Works of Malatesta vol. III: A Long and Patient Work: The Anarchist Socialism of L’Agitazione, 1897–1898 ed. by Davide Turcato (AK Press) $24.95 – The work of principal figure of Italian and international anarchism.

Conflict Is Not Abuse: Overstating Harm Community Responsibility and the Duty of Repair by Sarah Schulman (Arsenal Pulp) $19.95

Everything We Dont Know: Essays by Aaron Gilbreath (Curbside Splendor) $16.95

The Brothers Vonnegut: Science and Fiction in the House of Magic by Ginger Strand $16.00 – Now in soft cover! Worlds collide in this true story of weather control in the Cold War era and the making of Kurt Vonnegut and reveals how science’s ability to influence the natural world also influenced one of our most inventive novelists.

The Abridged History of Rainfall by Jay Hopler (McSweeney’s) $22.00

Waters Of by Billie Chernicoff $12.00