Xerography Debt #42: The Review Zine With Perzine Tendencies by Davida Breier & friends $4 – By zinesters for zinesters! And those with zine interests! 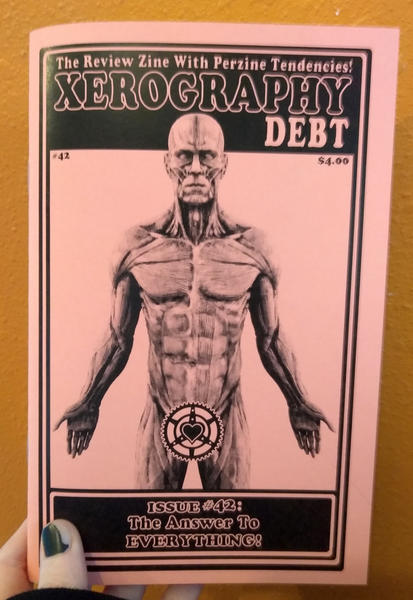 Owning the Means of Production: Pocket Lessons for Your Own Worker Co-op! by Allen Killian-Moore $6 – If you are interested in starting a worker-cooperative, the blue-prints are laid out here by the creator of Jefferson People’s House.

“A” is for Aspergers: A Personal Glossary of a Spectrumy Life by Partly Robot $3

To Ruin & Redeem: How To Build a Constructive Mindset in Prison by Justin M. Curtis $4

Ghost Glove Effect at the Spidecky Roadhouse by Sam Weiss $8

So Much to Do by Will Hockstein $5

Floor Troll by MS Harkness $4 – Hilarious auto-bio account about being the owner of a particularly grumpy purebred Persian Cat. ~CH

Go Fuck Myself Part 2 The Fuckening by Mke Freiheit $6

Garbage Can Faerie by Wure (Bred Press) $10 – Crude digital drawings of an adorable and mischievous kewpie baby who is soaking wet and has messy hair. ~CH 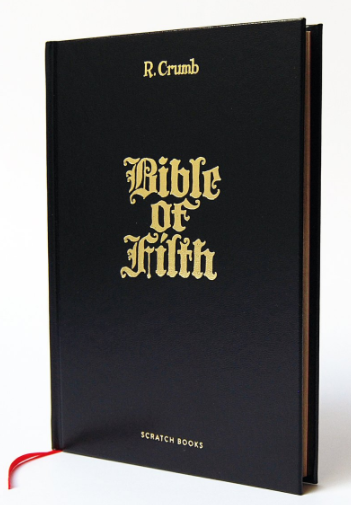 R. Crumb: Bible of Filth $35 – Originally published in France in 1986, the first edition of this book was never distributed in the states, because it was too dirty. This revised and expanded English edition has an added 100+ pages including work since the original. Printed to look like a bible, bound in leather, with gold debossing and edging.

The Battle of Churubusco: American Rebels in the Mexican-American War by Andrea Ferraris (Fantagraphics) $22.99 – A soldier under fire faces a crisis of conscience in this remarkable work of historical graphic fiction.

Take Back the Fight: Resisting Sexual Violence from the Ground Up by Interference Archive $15

The Propaganda Front: Postcards From the Era of World Wars by Anna Jozefacka, Lynda Klich, Juliana Kreinik & Benjamin Weiss $45 – Persuasion on a postcard: propaganda from all sides of the 20th century’s world wars. The more than 350 cards reproduced in full color in this book advocate for political causes and celebrate war efforts on all sides of the major conflicts of their time.

Canon/Archive: Studies in Quantitative Formalism from the Stanford Literary Lab by Franco Moretti $21.20 – Scholars used computers to map out two centuries of books and it led to witty and profound results about things like the “loudness” of thousands of novels, the geographic distribution of emotions, the nature of a sentence and a paragraph, the evolution of bureaucratic doublespeak & other nerdy but interesting points of literary scholarship.