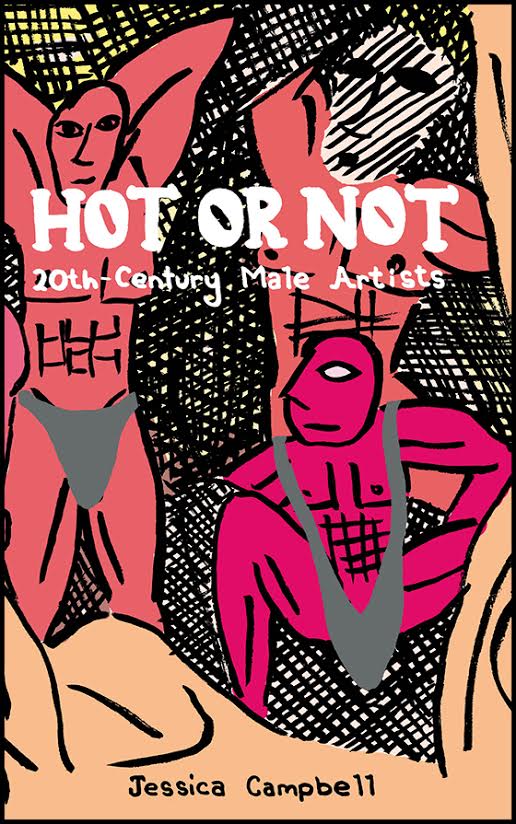 The history of twentieth-century art is filled with men, but one key component has always been missing: which of these men are boneable, and which are not. Jessica Campbell has created the definitive resource on the subject in this hilarious rundown of male artist hotness and notness with her book Hot Or Not: 20th Century Male Artists, published by Koyama Press.

“Hot Or Not: 20th-Century Male Artists […] is a hilarious, slyly subversive exploration of subjectivity, and the criticisms ultimate- ly reveal more about the critic than they do the artists.” — Oliver Sava, The A.V. Club

“With the way Campbell reduces Borduas’s or Mondrian’s ab- stractions even further, or captures what’s cute about Calder’s mien, she poo-poos macho ideas of artistic greatness, at the same time she showcases her own slyly unassuming skill.” — Sean Rogers, The Globe and Mail

Tags: Hot or Not, Jessica Campbell.
Logging In...