CCLaP Releases American Wasteland: Bleak Tales of the Future On the Tenth Anniversary of 9/11

With all the talk of “hope” and “honor” that was bound to arise during the tenth anniversary of September 11th, the Chicago Center for Literature and Photography (CCLaP) thought it was important to also remind the future of what the last ten years have REALLY been like. That’s why the center put together this latest anthology, which took a dark science-fiction conceit as its core and then invited a series of writers across the nation to pen stories set within that alternative universe. In this case, the stories look back from a fictional twentieth anniversary of 9/11, but one where John McCain won the 2008 and ’12 elections, then Sarah Palin in 2016 and ’20; and with no government bailouts, no withdrawals from the Middle East, and no attempts to move away from an oil-based economy, the US has become a much bleaker and more terrible place, a nation that is now used to rolling electricity blackouts two or three days a week and that is just about to go to war with Mexico, where the permanently unemployed squat in half-finished McMansions out in crumbling suburbs that almost completely lack both gasoline and fresh fruit. A sobering reminder of what life under Tea Party rule would likely be like, “American Wasteland” is an antidote to the false cheeriness and optimism that has come with the tenth anniversary of 9/11, a more realistic look at all the mistakes this nation has made between then and now.

Various local contributors to this anthology will be performing at Quimby’s that night, including DELPHINE PONTVIEUX (“ETA: Estimated
Time of Arrest”), MARK R. BRAND (“Life After Sleep”) and LAWRENCE SANTORO (“Just North of Nowhere”). CCLaP itself (cclapcenter.com) is a
mostly online organization that has been open since 2007, a regular publisher of both electronic and handmade paper books, as well as such other activities as a podcast, 150 book reviews a year at its blog, and half a dozen live events annually at various venues across the city. 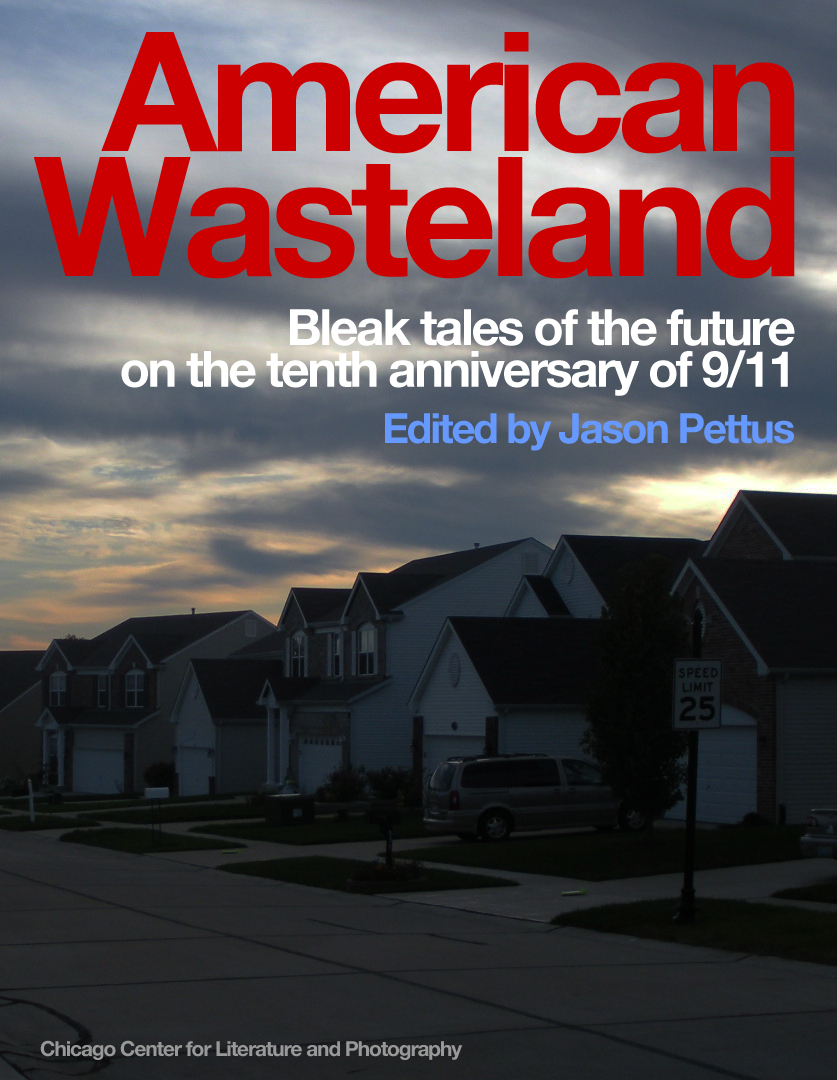