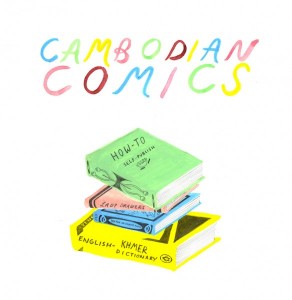 Celebrating fifteen years of publication as well as the appearance of issue number 15, Al Burian returns to Quimby’s to present a new installment of his long-running personal zine Burn Collector. Burian began distributing his work through the tight-knit network of the DIY punk music scene in the mid-nineties. Burn Collector caught on because of its unusual content—in a scene rife with dogmatic diatribes and bland record reviews, Burian presented his readers with humorous anecdotes, philosophical musings, nuanced descriptions of odd locales and curious characters. Burn Collector #15 is the “Berlin vs. Chicago” issue: contents include an essay on the Berlin Wall by Chicago’s Anne Elizabeth Moore, and an interview with Chicago zine hero Liam Warfield, who debunks the myth of the endless techno party.

Al Burian was a Chicago resident from 2000-2008. His book, Burn Collector: Collected Stories from One through Nine has just been republished by PM Press. He currently lives in Berlin.

“Al Burian is one of our generation’s great storytellers, a wily and insightful observer of the human condition.”      -Davy Rothbart, Found Magazine and This American Life

Also joining the bill will be BC#15 contributors Liam Warfield (War Against the Idiots, The Skeleton, Secret Beach) and Anne Elizabeth Moore (Unmarketable: Brandalism, Copyfighting, Mocketing, and the Erosion of Integrity, former editor of now-defunct Punk Planet)

“We fight illegal advertising using the rule of law,” Rami Tabello says when asked to describe the Toronto organization he founded to fight criminal billboards, Illegal Signs. It’s funded through donations and Tabello’s gambling take—a crazy support system for a group that spends a lot of time scrutinizing city bylaws and calling in complaints to the proper authorities. Tabello’s been called both “a fearless advocate for public space” and “annoying” by Toronto city residents and elected officials. He’ll present his work fighting—and beating—corporate criminals at Quimby’s in Chicago, a city with a massive illegal advertising problem of its own.

Tabello is presented by Chicago author Anne Elizabeth Moore on the occasion of the re-release of the underground hit The Manifesti of Radical Literature (MRL). Out of print for over a year, MRL is an anarchist style guide for cultural producers, with chapters on such foundational political acts as throwing away one’s dictionary, creating one’s own system of punctuation, and refusing to abide by the language imposed upon us by corporate entities. Also, it is funny and of a pleasing form and light heft, perfect for spiriting away in one’s back pocket for an evening of street stenciling or shopdropping. The expanded second edition, features a new Introduction and Afterword­ and improved jokes. Moore’s Unmarketable received favorable reviews in Forbes, the LA Times, Advertising Age, and the Guardian, and was called “an anti-corporate manifesto with a difference” by Mother Jones and “sharp and valuable muckraking” by Time Out New York.

Come hear about the work of Illegal Signs, pick up a copy of MRL, and meet Tabello and Moore at 7 p.m. on Friday, November 12.

Dive into the world of self publishing with the guidance of artist Anne Elizabeth Moore in this workshop that looks at the powerful intersection between language and art. Participants create, publish, and distribute their own small books based on the structure of Jenny Holzer’s work.
When: Sat., Nov 1st, 1-4pm
Where: The Museum of Contemporary Art – NOT AT QUIMBY’S
How: To register call the MCA Box Office at 312-397-4067. Mention that you got this email from Quimby’s when you call the Box Office and pay only $35 to participate in this workshop (all supplies and museum admission are included).