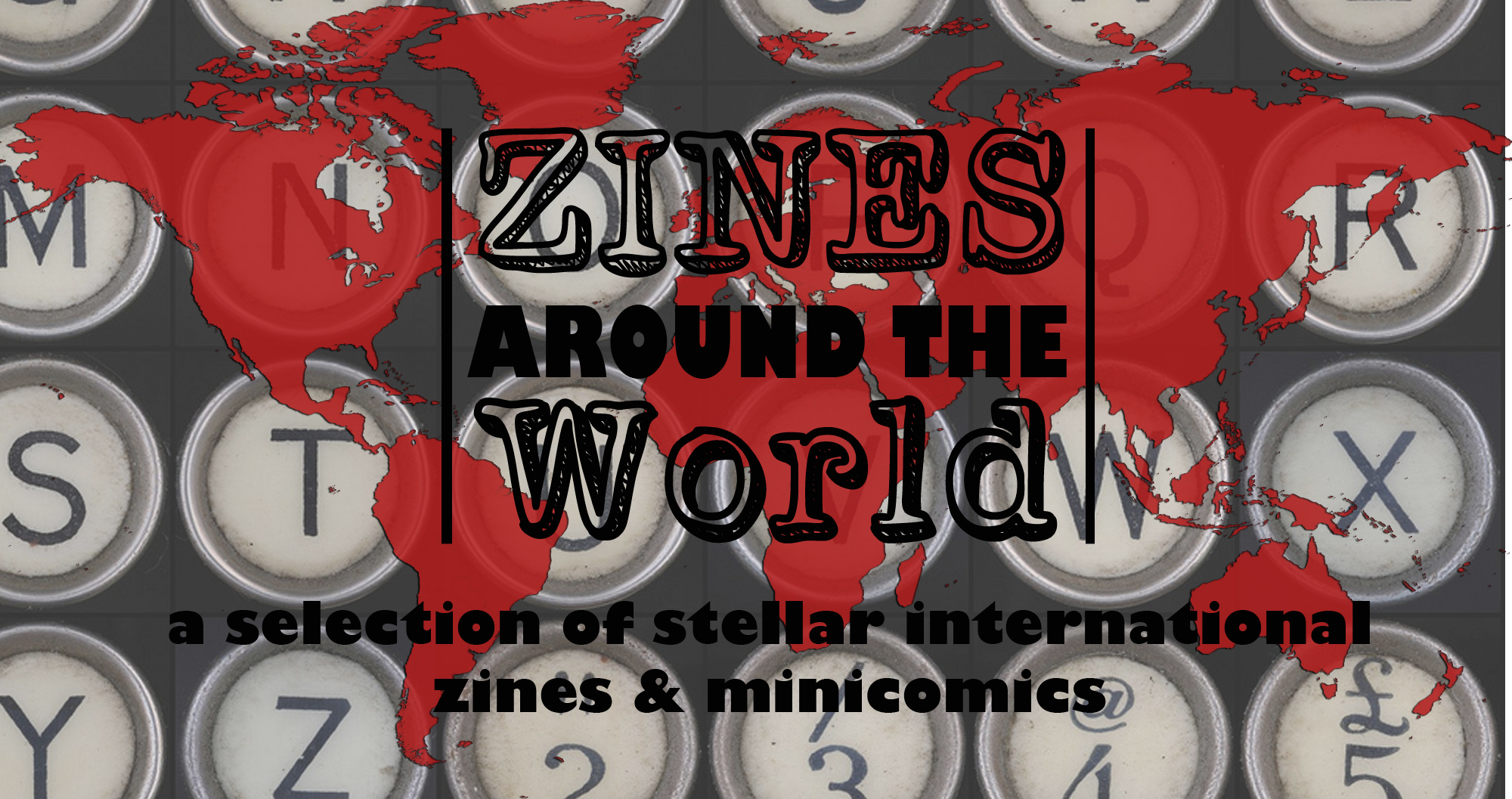 In honor of the end of International Zine Month, we wanted to share some of our favorite zines and such from around the globe. Take a gander at some of the imports you can score on the shelves at Quimby’s. 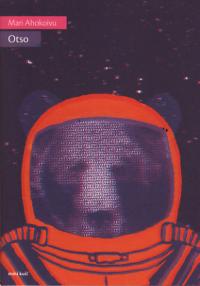 Finnish comic artist Mari Ahokoivu, details the existential journey of the titular bear (otso) in outer space. Things get pretty hairy, even for a bear, until the story comes to a rather beautiful celestial resolution. Ahokoivu’s drawings are infused with bright colorful swirls and a sense of fun, even with the subject matter gets dark. Most of the action takes place in the illustration. The sparsely applied written words are translated into her native Finnish from English. 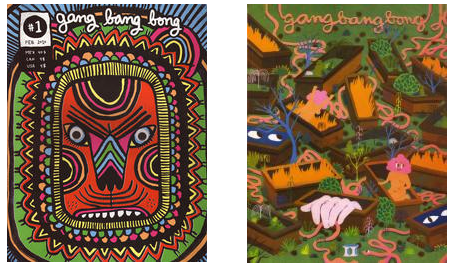 Edited by Ines Estrada in Mexico and Ginette Lapalme in Toronto, this bilingual comic anthology is in its third installment. Gang Bang Bong started out more lo-fi but has become glossy, towing the line between zine and magazine. Inside you’ll find avant garde comics that tend to eschew the traditional panel storytelling form for more fluid narratives. GBB is a publication that straddles the lines of language and breaches the disconnect of North America’s two primary linguistic modes. And, on a lighter note, it’s full of fun, sometimes silly illustrations. 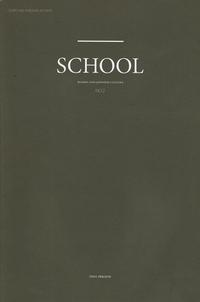 Japanese journal School contains interviews, essays, photography and artwork reporting on the lives of women specifically, Japanese women generally. School examines the tension between ancient and modern cultures in Japan. Its sparse design and academic prose make for intellectually stimulating reading. Topics include relationship with sense of place, the existential implications of architecture, personal accounts of depression and an interview with singer Minako Yoshida. 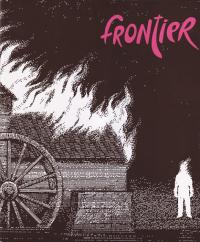 Frontier is the first analog release for Uno Moralez who works mainly in digital mediums. His haunting figure-based visions are set in the style of a pixilated video game screen. Moralez deals in visual archetypes of the Virgin Mary, sailors and femme fatales, among others. This comic is less narrative and more a dream-like stream of consciousness parade of catastrophic and sensual image associations. So far, two issues have been released.

You Won’t Find These International Zines In Our Webstore, But Rather, Our Brick and Mortar Store…Come on in to Quimby’s to check these out!

Photographer and visual artist Vutuc, who lives in Germany, made this zine as part of his show with Shawn Whisenant “Coincidence” at Seeing Things Gallery in San Jose California. Vutuc’s zine is a black-heavy collage that forms a  photographic abstraction of his travels . He deals in shadow and light, splices of celluloid and hand scrawled musings. Word About Seeing Words Anything is a mixture between an exhibition catalog, small art book and portfolio of Vutuc’s work.

When your cover features a dude wearing a Spurs hat and Black Flag t-shirt, you have has at least some affinity for the West, or just good taste. Chomp showcases queer street-culture from Japan with a heavy dosage of skater influence, mostly in the form of photography and illustration. Its tagline remarks “everyone is uncool!” but you’ll find plenty cool cats in this rag, not to mention penis drawings. Mitsu Sucks is the creative mastermind behind Chomp but its content features a rotating cast of artists, pals and photographers.

What Are You Collecting at the Moment Mark?, Mark Pawson, UK, (English)

Mark Pawson, British artist, writer and zine reviewer waxes whimsical on his stockpile of stuff.  Akin to Eric Bartholomew’s Junk Drawer zine here in the states, Pawson catalogs objects and trinkets. And it’s pretty straightforward. The mini-zine lets readers flip through a pantheon of figurines, novelty mugs and household objects. It would also do you well to check out Mark’s website. It is incoherent and crazy in the best possible way.

You Can’t Find These International Zines at Quimby’s But They’re Still Awesome!

Did we forget anything? Share some of your picks with us.

Self-Publishers of Chicago (SPOC) is a community organization for zinesters, artists, writers and any who publish.