Tag Archive for 'The Hospital Suite' 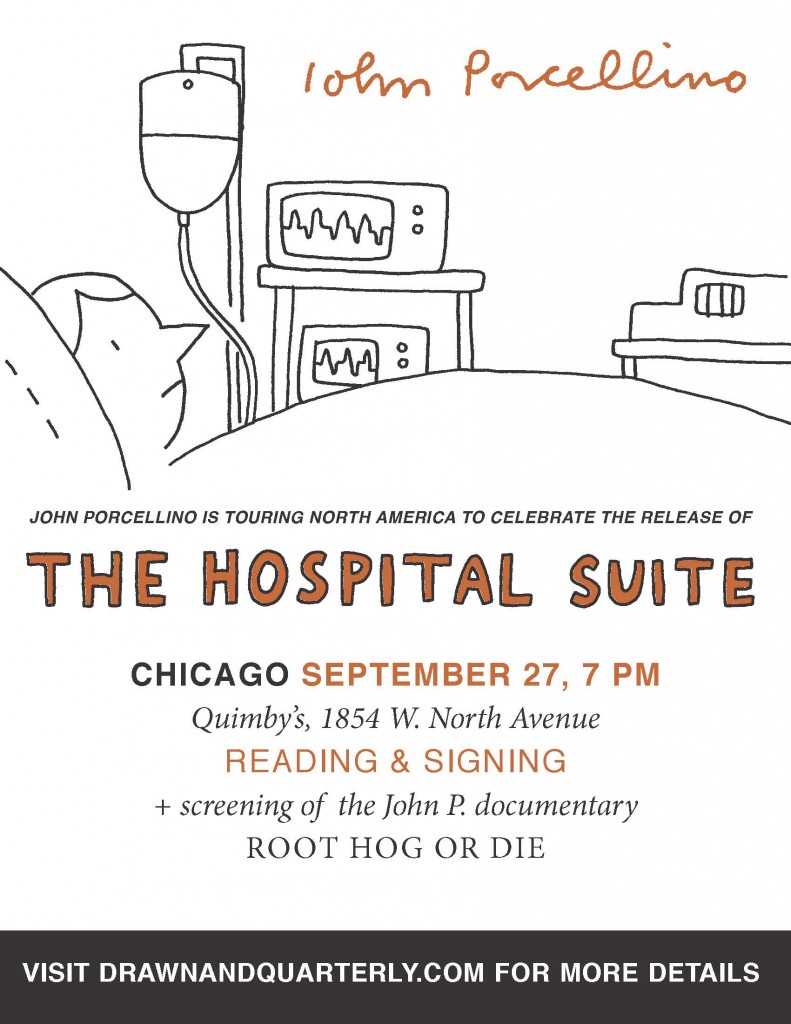 Join Quimby’s and John Porcellino on Saturday, September 27th, at 7pm, for the launch of his latest, The Hospital Suite! There will be a presentation with a signing to follow. This event will also feature a screening of Root Hog or Die, a new documentary celebrating 25 years of King-Cat Comics.

The Hospital Suite is a landmark work by the celebrated cartoonist and small-press legend John Porcellino—an autobiographical collection detailing his struggles with illness in the 1990s and early 2000s. One day, John Porcellino suddenly fell ill with extreme stomach pain. After a gruelling abdominal surgery, he quickly recovered–briefly–and then spent the next several years experiencing various surprise illnesses, both physical and mental. First a rash of environmental intolerances left Porcellino black-eyed, cadaverous, and dizzy. Then his mild obsessive-compulsive tendencies became full-blown. With three overlapping narratives, The Hospital Suite recounts one man’s battle for health–Porcellino loses jobs, marriages, and faith but never loses his desire to live and create.

John Porcellino is the author of the iconic zine King-Cat and the graphic novel Perfect Example. His comics are lauded for their quiet, clear-eyed contemplation of every-day life. The Hospital Suite is a testimony to Porcellino’s subtle gift for transforming his struggles–this time with the medical system and its consequences for his mental health–into art that is universal and engaging.

Learn more about the documentary here. 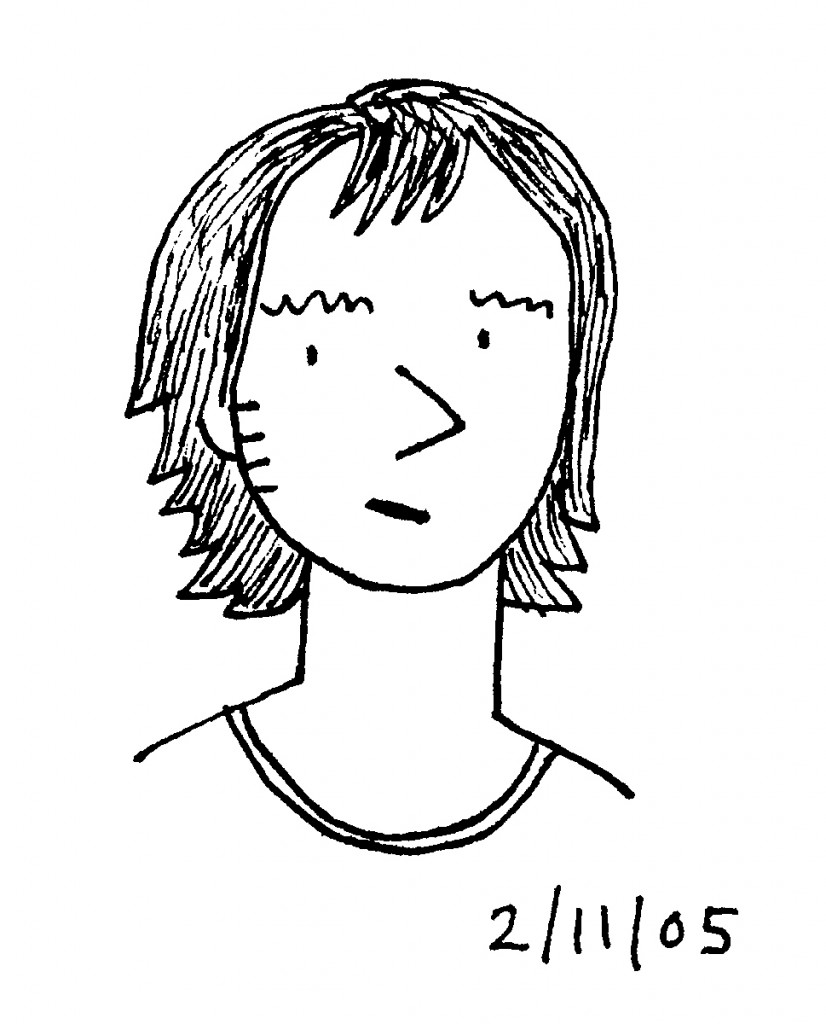