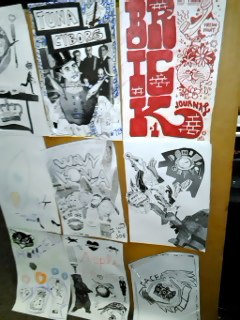 Still shot of entries from the 2012 Chicago Zine Fest Olympics “Make a Zine Cover” Competition from opening night. And guess what? Dates have been announced for the next Chicago Zine Fest, which will be March 8th and 9th 2013. For more info, see chicagozinefest.org.

1. DemonTears by Bernie McGovern (Hic and Hoc) $6.00 – Thanks to everybody that came out for the event with minicomics superstars Bernie McGovern, Lauren Barnett and Neil Fitzpatrick. 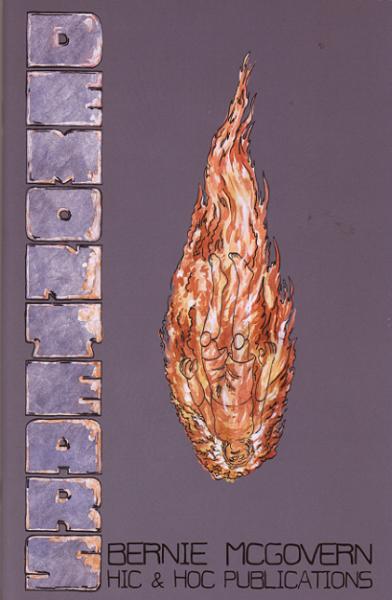 5. Hypnotic Induction Technique by Grant Reynolds $4.00 – Jeezus, Reynolds… This Technique is a patty melt full of bloody hair and a side of mucus fries. Split down the middle, H.I.T. begins with a medley of shorter pieces so viciously viscously combined it’s hard to tell where the pizza puff ends and the rectum begins, and frankly, why would you want to? Progressively wrapping itself around itself, the wormy mass and thready entrails put their cord through a narrative meat grinder. The resultant chuck and splatter is the perfect segway to “Peeled and Deveined” a prying terrorchase lit by nightmare flashlight. These are under-the-skin stories, the kind that keep you coming back to map the terrain of each page while your subconscious slides under the quicksand surface. Get in a suggestible state and sew this onto your mind.  -EF 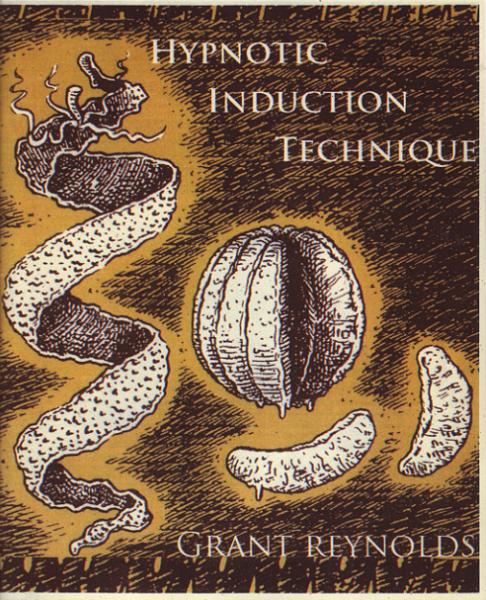