Josh Cotter Celebrates the Release of Nod Away 2/27 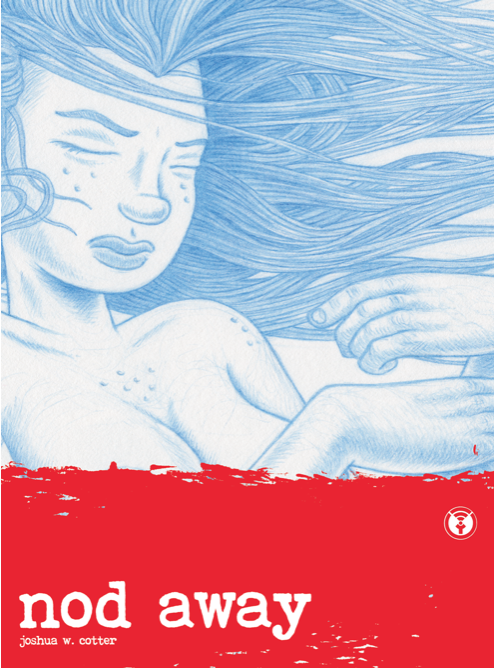 In Josh Cotter’s new book Nod Away (Fantagraphics Books), deep-space transport has been developed to take a small crew to a habitable planet in a nearby system in an attempt to begin colonization/repopulation. The Internet is now telepathic and referred to as the “innernet.” When the hub is revealed to be a human child, Melody McCabe is hired to develop the new nexus on the second International Space Station. The intersection of human psychology and the ethics of progress is examined through a sci-fi graphic novel that takes place in a not-so-far away future, while hitting home with the realities of consequence and consciousness.

“Cotter is pure cartoonist, in the truest sense,” explains Fantagraphics Associate Publisher Eric Reynolds. “He has such an intuitive grip on the language of comics that he makes it look easy, creating these fully realized characters in a fully realized world.”

Cotter garnered international acclaim in 2008 with his original graphic novel Skyscrapers Of The Midwest, released by AdHouse Books. For the past seven years, comics fans and critics alike have been calling out to Cotter for a new book. Nod Away is shaping up to be the most highly anticipated graphic novels of the year. Joshua Cotter lives in rural northwest Missouri with his wife, child, cat, and an astute sense of impending mortality. They keep him making comics.