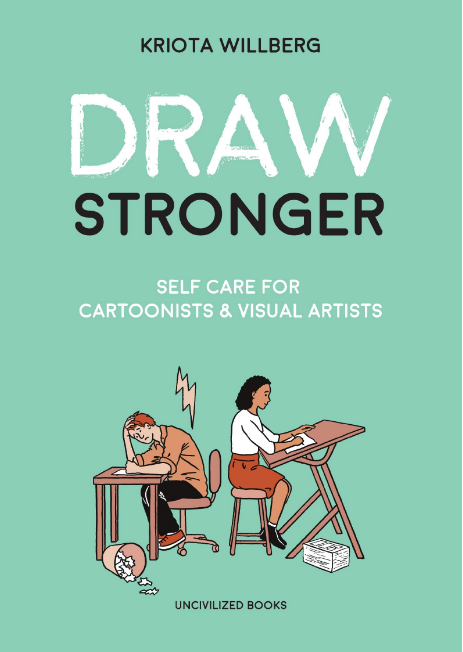 Skyking Skyking Do Not Answer #1 A Zine on the Paranormal $3.50 – Like a zinester Fortean times!

The New World: Comics from Mauretania by Chris Reynolds $34.95 – A surreal vision of a post-alien-invasion Earth where human beings still have to deal with quotidien frustrations, ennui, and understanding their place in the world.

Not That Bad: Dispatches from Rape Culture, ed. by Roxanne Gay $16.99

Dear Ijeawele, or A Feminist Manifesto in Fifteen Suggestions by Chimamanda Ngozi Adichie $8.95

Unmentionable: The Victorian Lady’s Guide to Sex, Marriage, and Manners by Therese Oneill $16.99 – Featuring nearly 200 images from Victorian publications, learn all about the arsenic in your face cream and the pot of cold pee that sits under your bed.

Bikes and Bloomers: Victorian Women Inventors and their Extraordinary Cycle Wear by Kat Jungnickel $29.95 – An illustrated history of the evolution of British women’s cycle wear.

The Memory Code: The Secrets of Stonehenge, Easter Island and Other Ancient Monuments by Dr. Lynne Kelly $16.95

Trip: Psychedelics, Alienation, and Change by Tao Lin $16 – Tao Lin discovered the work of Terence McKenna and wrote a kind of a gonzo memoir/journalistic exposé a la The Electric Kool-Aid Acid Test, asking questions about why we create art and perception and all the stuff you ask when you get into psychotropic drugs and go on pilgrimages.

Zodiac: A Novel by Sam Wilson $15.95 – In a volatile society ruled and divided by its citizens’ zodiac signs, a serial killer is on the loose: is it a misguided revolution or something more sinister?

Mister Memory: A Novel by Marcus Sedgwick $15.95 – In Paris at the end of the nineteenth century, a man with a perfect memory murders his wife. A dazzling psychological puzzle that reveals the strange connection between memory and fate. Now in soft cover.