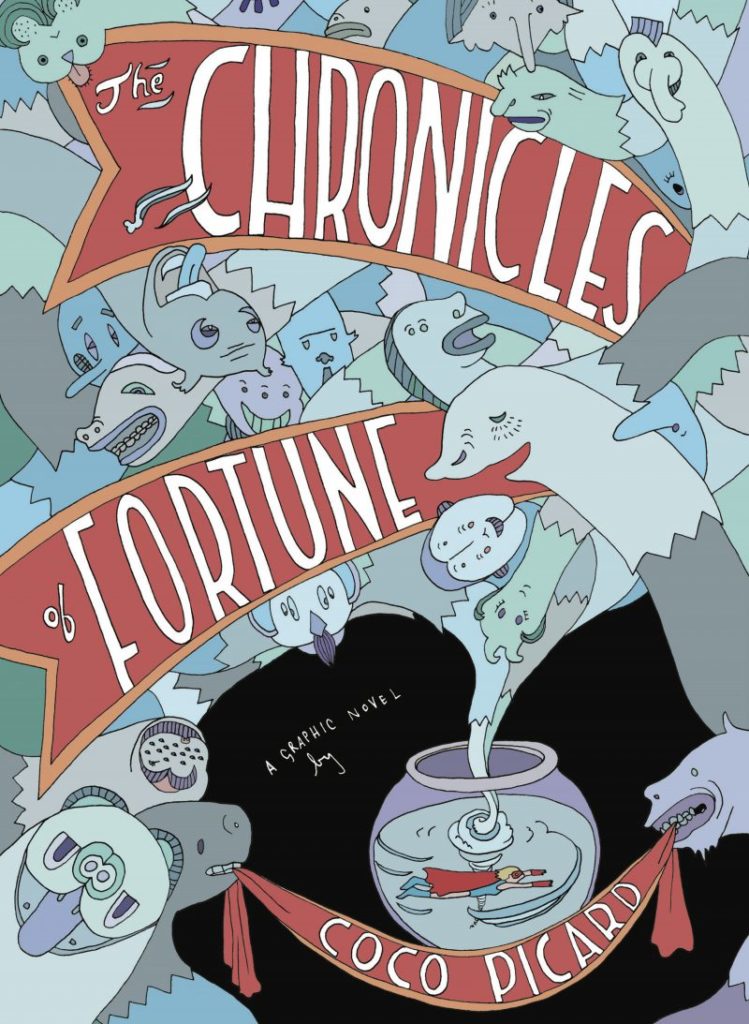 On Friday, September 22nd at 7pm, Coco Picard presents “Autobiography with Stones” a diagrammed artist talk about rocks, foreign encounters, and possible futures. This performative lecture is based on a dream Picard had in which the protagonist of her graphic novel, The Chronicles of Fortune (Radiator Comics, 2017), is hired by the government to psychoanalyze non-human kinds in a post-apocalyptic world. Picard explores the potential of this prospective narrative in relation to famous rocks she has encountered and Dr. Rock, her exhibition at Franklin Gallery where visitors were invited to tell their troubles to a stone. Following the lecture, Picard will sign copies of her graphic novel.

Originally published as a series of minicomics, The Chronicles of Fortune is a quirky and idiosyncratic adventure of Fortuna, the greatest superhero who could do anything to improve the world (and her alter-ego, Edith-May) but is tragically stricken with ennui, as they learn to cope with loss and recruit a team of friends along the way. At once charming, sad, funny, poignant, and bizarre, The Chronicles of Fortune includes a temperamental stove, a nosy mountain, a goofy crocodile, a loner moth, and a singing goldfish as they lead Fortuna on her greatest adventure.

Coco Picard is an artist, writer and curator based out of Chicago where she founded The Green Lantern Press and co-founded Sector 2337. Her critical writing appears under the name Caroline Picard in Art21, Artforum, Artslant, and Hyperallergic. Astrophil Press recently published her long-form cat essay, The Strangers Among Us and forthcoming novel, TSK, is due out from Goldwake Press in 2019.  cocopicard.com

Praise for The Chronicles of Fortune

“In the guise of a fantastical hero comedy, The Chronicles of Fortune is a story about succumbing to and triumphing over loss and grief in all its forms…” – Hyperallergic

“…each facet of [The Chronicles of Fortune’s] publication illustrates how, when publishers, distributors, and creators are truly invested in a work, the result will be wonderful.”-Women Write About Comics

“The Chronicles Of Fortune stands as a confirmation of the misfit’s path in life. Not only is it okay to be different, it’s okay to look like a failure in the eyes of others. Who cares? Just you, you’re the only one who needs to care. And are you happy? That seems to be what Picard is asking.” – Comics Beat

“Edith May/Fortuna’s urban adventures are reminiscent of Alice in Wonderland’s vignettes. With the appearance of Death as the ultimate foe, Picard creates a superhero with emotional resonance and a deeply empathetic story of one woman re-entering the world.” – Chicago Artist Writers

“You should buy The Chronicles of Fortune, read it, then share it with someone you love.” – Entropy