Let’s Talk About Your Uterus and Introduction to Fertility Awareness by Ashley Hartman Annis $3.00

Struggle Is Not for Martyrdom But for Life: A Critical Discussion About Armed Struggle With Anarchist Guerrillas In Rojava by Crimethinc $3.00

Dreaming of Johnny by Sophie McMahan $15.00

Michael Dormer and the Legend of Hot Curl, edited by Michael Powers & Eric Reynolds (Fantagraphics) $39.99 – Collects the ’60s–’70s surf cartoons?and more?of artist Dormer, synonymous with the California surf counterculture of the era, best known for his Shrimpenstein TV show. This retrospective collects all of his character Hot Curl’s comic strips for the magazine SurfToons, designs for his TV show, fine art and more!

Cosplayers: Perfect Collection by Dash Shaw (Fantagraphics) $19.99 – Two friends combine their love of cosplaying with their love of social media and deepen their relationship with the pop culture. This expanded edition of the titular graphic novel now includes over 30 pages of new material, including the original story that inspired the film, which stars Reggie Watts, Lena Dunham, Jason Schwartzman and more.

Nice to See You by Lauren Zallo and Joe Librandi Cowan $12.00

A Brief History of Feminism by Patu and Schrupp (MIT Press) $14.95 – The story so far of 2,300 years, a history that is still being written, told in text and comics form.

Reincarnation Blues: A Novel by Michael Poore $27.00 – The oldest soul in history falls in love with the woman who incarnates death. They follow each other in a variety of chronologies and it’s epic and compelling.

Sex and Death by Ben Tanzer (Sunnyoutside Press) $13.00 – Pithy hilarities and thoughtfulness from local author of Be Cool and mind behind This Blog Will Change Your Life.

Autumn by Karl Ove “My Struggle” Knausgaard $27.00 – New autobio series based on the 4 seasons.

Anne Bonny: The Infamous Female Pirate by Phillip Thomas Tucker (Feral House) $22.00 – The story of the most famous female pirate in history.

Hunting Monsters: Cryptozoology and the Reality Behind the Myths by Darren Naish (Sirius) $9.99

Serial Killers: Inside the Minds of the Most Monstrous Murderers by Charlotte Greig (Sirius) $12.99 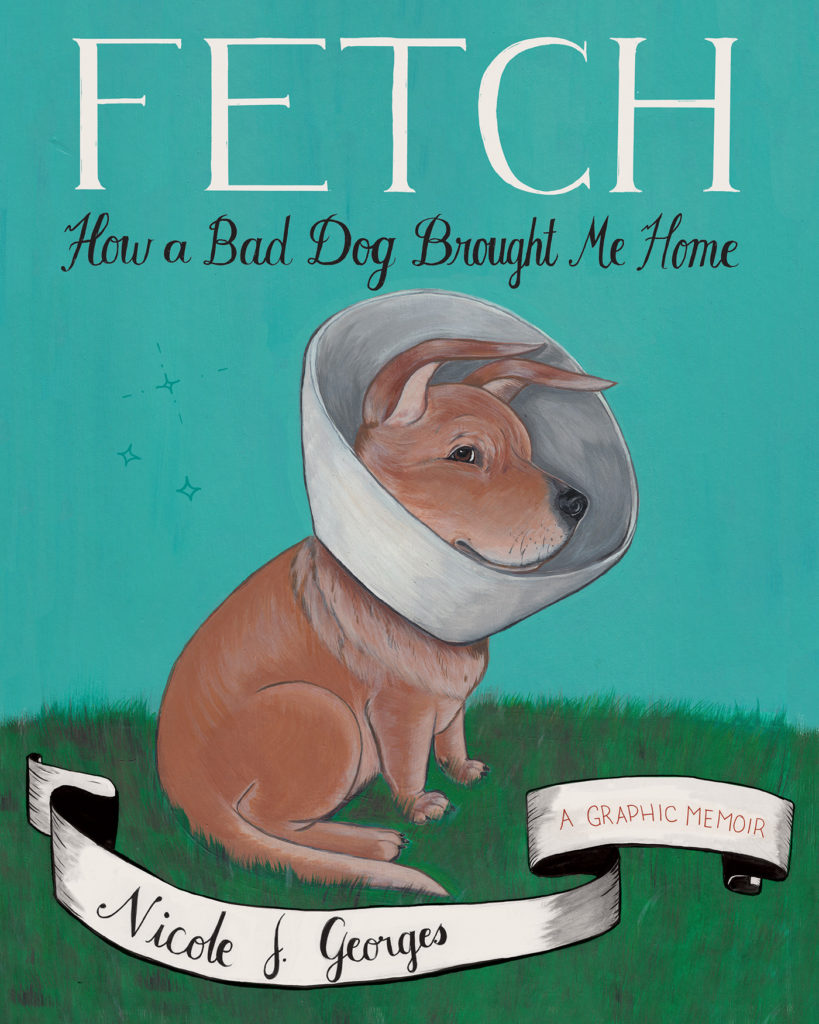 From an award-winning artist, a memoir of life with a difficult, beloved dog that will resonate with anybody who has ever had a less than perfectly behaved pet.

When Nicole Georges was sixteen she adopted Beija, a dysfunctional shar-pei/corgi mix—a troublesome combination of tiny and attack, just like teenaged Nicole herself. For the next fifteen years, Beija would be the one constant in her life. Through depression, relationships gone awry, and an unmoored young adulthood played out against the backdrop of the Portland punk scene, Beija was there, wearing her “Don’t Pet Me” bandana.

Georges’s gorgeous graphic novel FETCH: How a Bad Dog Brought Me Home chronicles their symbiotic, codependent relationship and probes what it means to care for and be responsible to another living thing—a living thing that occasionally lunges at toddlers. Nicole turns to vets, dog whisperers, and even a pet psychic for help, but it is the moments of accommodation, adaption, and compassion that sustain them. Nicole never successfully taught Beija “sit,” but in the end, Beija taught Nicole how to stay.

Comics art superstars Jessica Campbell (Hot or Not, Koyama Press) & Gina Wynbrandt (Someone Please Have Sex With Me, 2dcloud) will provide added voices for this event!

“Nicole Georges makes my favorite art about love and vulnerability. More than a tribute to a canine best friend, Fetch maps Georges’s journey from teen to adult with heartbreaking honesty and tender joy. I am in awe of Georges’s uncanny ability to transport me right into her world of moldy crusty punk houses and glorious vegan lesbian barbecues. Funny, gorgeous, and true.”  —Jill Soloway, creator of Transparent

“From feral child to leader of the pack, Nicole Georges comes to know a thing or two about dogs, and incidentally, about herself. Her luminous, lyrical drawings of animals are charged with strange insight, and add a potent nonverbal element to the narrative of Georges’ youth. Fetch combines the best qualities of diary comics—particularity and granular detail—with the zoomed out view of someone who has completed an arduous, mythic, and expansive journey.”

—Alison Bechdel, author of Fun Home and Are You My Mother?

“Nicole’s work always punches me in the guts with her unending longing for a home. Through constant disappointments and the challenges of owning a rescue dog and a rescue heart, she unflinchingly refuses to quit. A magical world so full of tenderness it might just break you, it’s a place I love to visit and rarely want to leave. I want Nicole to draw the whole world, but her hands would fall off.”

“This book is an homage to classic zine aesthetics that captures an incomparable friendship. An honest, moving portrayal of the essential bond between humans and animals.”

Nicole J. Georges is a professor, writer, and illustrator, who has been publishing her own zines and comics for twenty years. She is the author of the Lambda Award–winning graphic memoir Calling Dr. Laura and the diary comic Invincible Summer. She lives in Portland, Oregon and Los Angeles, CA. Follow Nicole: nicolejgeorges.tumblr.com Twitter: @nicolejgeorges Instagram: @nicolejgeorges 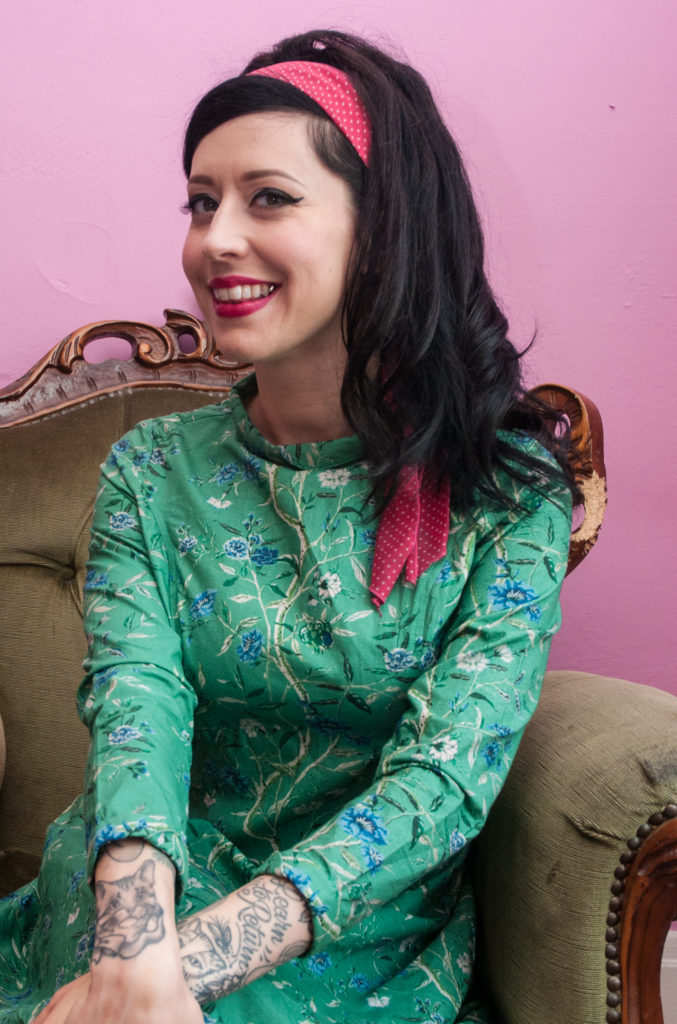 The Rose That Grew From Concrete Video Installation Unveiled In Our Window! 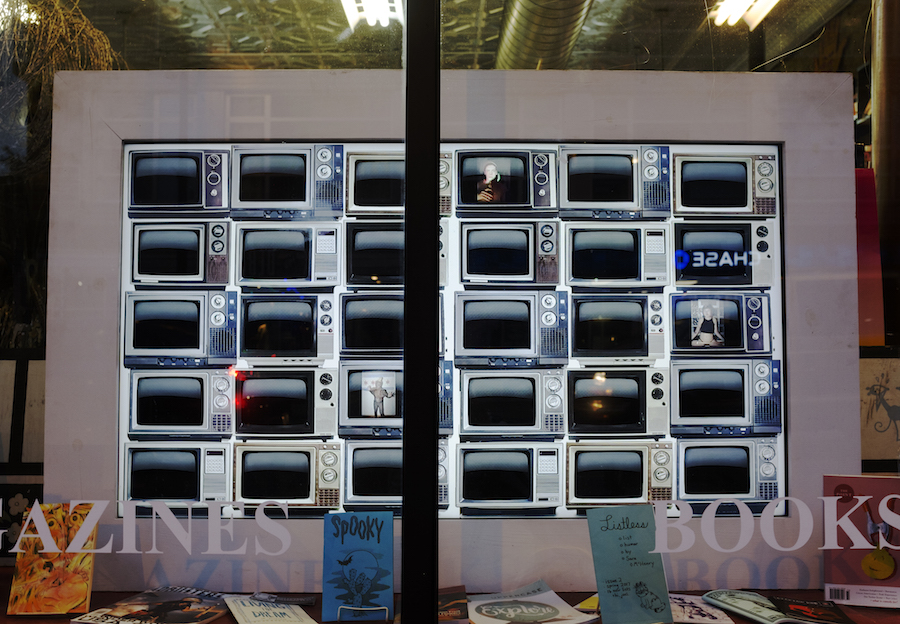 Welcome to our new window installation by Chicago-based artist Vincent Hung. He’s been exhibiting this video installation The Rose That Grew From Concrete in various venues around the city including Meyvn, Jugrnaut, Maybe Sunday and more. Quimby’s is its Wicker Park venue. Come visit it and watch the TVs change!

Vincent Hung (b. 1993) received his BFA at The School of the Art Institute of Chicago. vincenthung.com 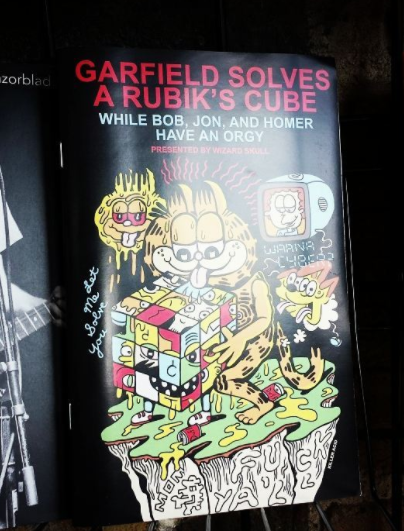 Burrs and the Beans #2 A Cherry Plucked Coffee Shop Erotica by BJ Hillis $5.00

zines by Sage Liskey (Rad Cat Press):
The Motivation to Write $5.00 – With an abridged history of advancements in writing.
The Happiest Choice: Condensed Edition $7.00 – Activities to do, foods to eat, thoughts to think, nutrients to fortify.
Do You See Any Fucks Growing In My Garden? A Poem $2.50 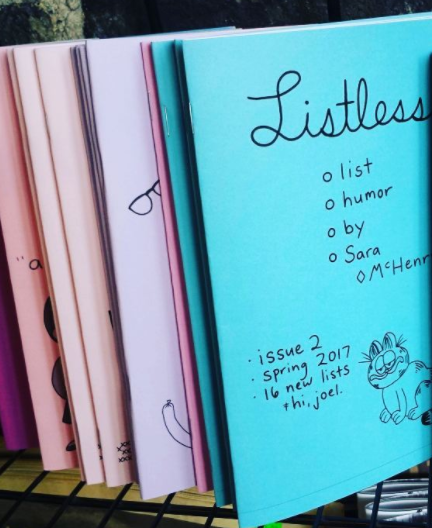 The Life and Death of Fritz the Cat by R. Crumb (Fantagraphics) $19.99 – Comics that made Crumb famous ? against his will. First time in hardcover!

The End of The Fucking World by Charles Forsman (Fantagraphics) $19.99 – Fancy hardback version. Y’know, so you can say you’re cool and that you read TEOTFW before the Netflix series came out!

Ladies In Waiting by Santiago Garcia and Javier Olivares (Fantagraphics) $24.99

Fantasy Sports 3: The King in Green by Sam Bosma $19.95 – Wiz and Mug are back for another magical adventure as they continue their quests for the mighty Order of Mages!

Close Enough for the Angels by Paul Madonna (Petty Curse Books) $34.99 – Emit Hopper was a one-hit wonder—twice. First as a rock and roller in the 80s, then as a literary darling in the 90s. Now it’s twenty years later, and despite his desire to remain a simple laundromat owner, stardom has found him once again. Paired with over a hundred lush and haunting drawings from Thailand to Japan. 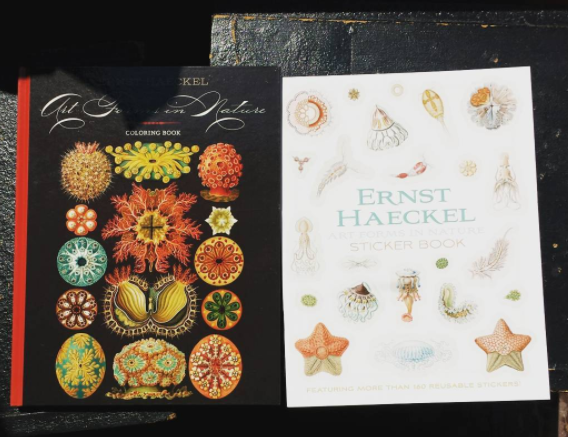 Why Don’t the Poor Rise Up?: Organizing the Twenty-First Century Resistance, edited by Ajamu Nangwaya and Michael Truscello (AK Press) $18.95

Little Boxes: 12 Writers on Television by Caroline Casey (Coffee House Press) $16.95 – What happens when television is part of your cultural DNA? Twelve writers talk about their influences, and they’re more Magnum PI that Marcel Proust.

Against Everything: Essays by Mark Grief $17.00 – Now in soft cover.

Devotion by Patti Smith (Yale U Press) $18.00 – Part of Why I Write series. An inspired exploration of the nature of creative invention.

The Mudd Club by Richard Bock (Feral House) $24.95 – Artist, writer and lifelong New Yorker Richard Boch was the Mudd Club’s longtime alpha doorman, the club that served as an incubator for talent. Everyone made an appearance, from Basquiat & Johnny Rotten to The Hell’s Angels, passing through, passing out, and some, passing on. Marianne Faithful and Talking Heads, Frank Zappa, William Burroughs, and even Kenneth Anger? just a few of the names that stepped on stage.

I Am the Wolf: Lyrics and Writings by Mark Lanegan $27.00 – A collection of lyrics and autobiographical commentary by former Screaming Trees and Queens of the Stone Age vocalist Mark Lanegan, with a preface by John Cale.

Hail to the Chin: Further Confessions of a B Movie Actor by Bruce Campbell $27.99 – Evil Dead-famed actor’s follow up to If Chin’s Could Kill.

Designed for Hi-Fi Living: The Vinyl LP in Midcentury America by Janet Borgerson & Jonathan Schroeder (MIT Press) $34.95 – A discussion of nearly 150 vintage album covers such as Cocktail Time, The Perfect Background Music for Your Home Movies and Strings for a Space Age.

The Voynich Manuscript: The Complete Edition of the World’s Most Mysterious and Esoteric Codex by Dr. Stephen Skinner (Watkins Publishing) $25.95 – An extensively illustrated codex featuring cosmological and astrological diagrams interwoven with detailed herbal illustration, relating both to the magical and alchemic view of the universe, written in a strangely beautiful cryptographic script.

Playing Dead: A Journey Through the World of Death Fraud by Elizabeth Greenwood $16.00

Inherited Disorders: Stories, Parables & Problems by Adam Ehrlich Sachs $12.99 – 100+ hilarious variations of vexing relationships between fathers and sons: a famous medium becomes possessed by the spirit of his skeptical father. A pianist amputates his fingers one by one to thwart his father, who will not stop composing concertos for him. A nobleman wills his ill-conceived flying contraption–incapable of actual flight–to his newborn son. A witty look at a most serious subject.

Navel Gazing: True Tales of Bodies, Mostly Mine (but also my mom’s, which I know sounds weird) by Michael Ian Black $16.00

Through a Glass Lightly: Confession of a Reluctant Water Drinker by various $9.95 – A drinker’s crown of sorrow is remembering wetter days! Part of London Library’s ‘Found on the Shelves’ series that reprints weirdly (ir)relevant tracts of quaint days past.

Having Given Up Poems by Emily Hutchings $5.00 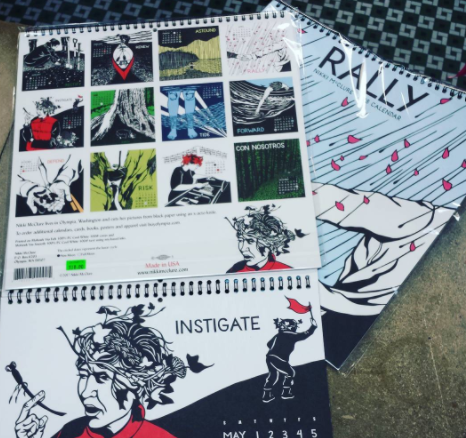 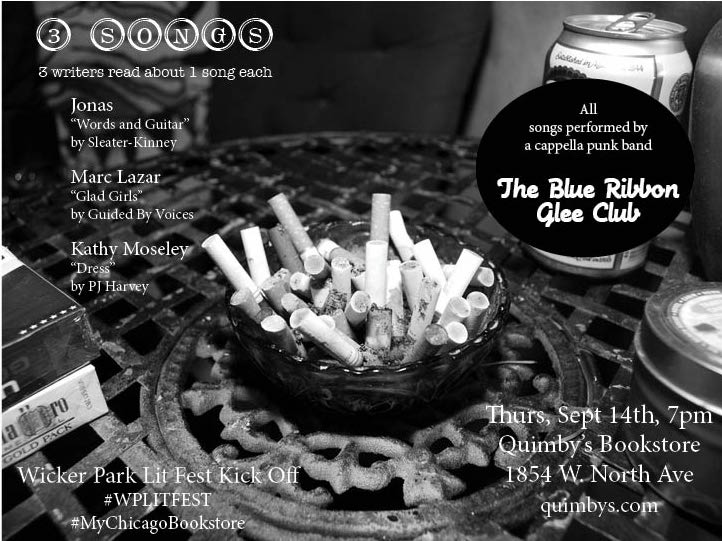 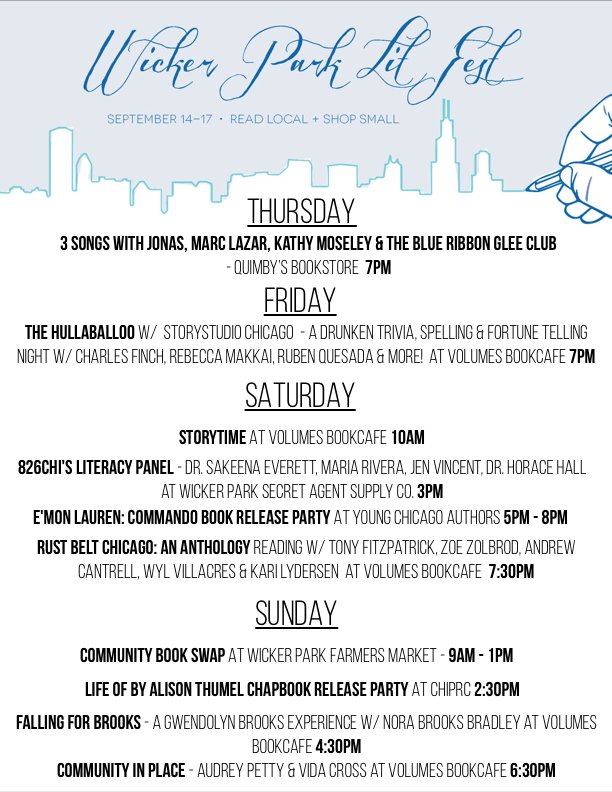 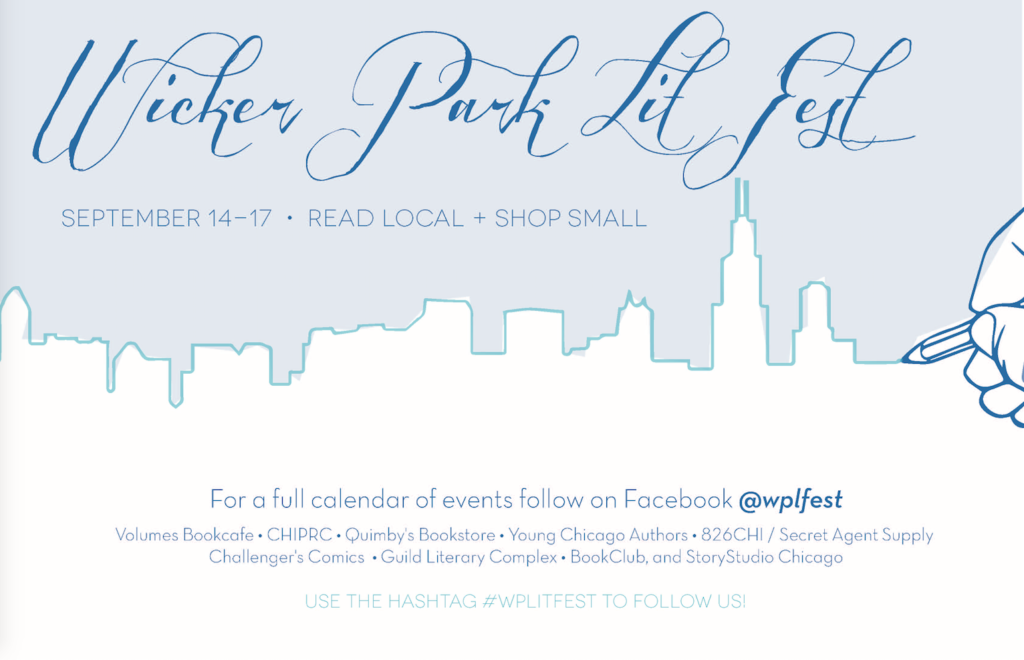