Get yr dark arts on. Now in stock: necklaces of the beast! #quimbys #quimbysbookstorechicago #occult

Sigil of Baphomet Jewelry $5-$30 – We are proud to start carrying occult jewelry for you from Arizona-based artist Xerxes who runs Sigil of Baphomet. Pendants, necklaces, sigils and more to flaunt your hexing abilities. 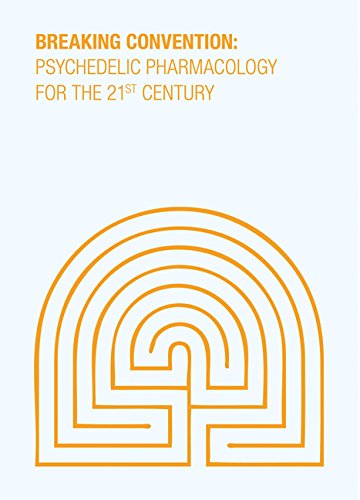 Lumpy Acres: A Graphic Memoir by Vance Lump $15.00 – This beautiful risograph comic is structured according to the four seasons, and the color schemes and layouts change with each section. A married couple spends a year in their new home, a rural farmhouse. They adopt chickens and think of them like children. They plant seeds and reap the harvest, sharing their new adventure of life on the land. Recommended for fans of Blexbolex and Brecht Evens. -Lane 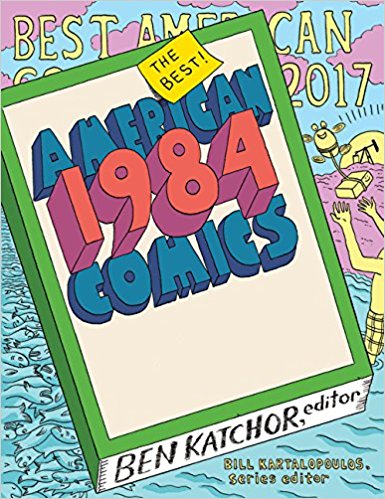 Due out Oct 3rd! The Best American Comics 2017 edited by Ben Katchor and Bill Kartalopoulos $25.00

House Of Women by Sophie Goldstein (Fantagraphics) $29.99 – Four women try to bring “civilization” to the natives of a remote planet on the fringes of the known universe.

Francine by Michiel Budel (Secret Acres) $17.95 – Budel’s first graphic novel since his comics Wayward Girls and his anonymously posted webcomic slechtemeisjes, tells the tale of teen Francine who murders her bully, fakes her own death, steals her best friend’s mother, and makes any situation uncomfortably sexual.

Josephine by Kevin Sacco $12.95 – A wordless Civil Rights-era tale of a young boy with a complicated family life who accompanies his family’s domestic – Josephine – from his Upper West Side NY comforts to her neighborhood haunts in Harlem.

Royal City vol 1 Next of Kin by Jeff Lemire $9.99 – A fading literary star who reluctantly returns to the once-thriving factory town where he grew up.

The Unbeatable Squirrel Girl vol 6: Who Run the World? Squirrels by Ryan North and Erica Henderson $15.99 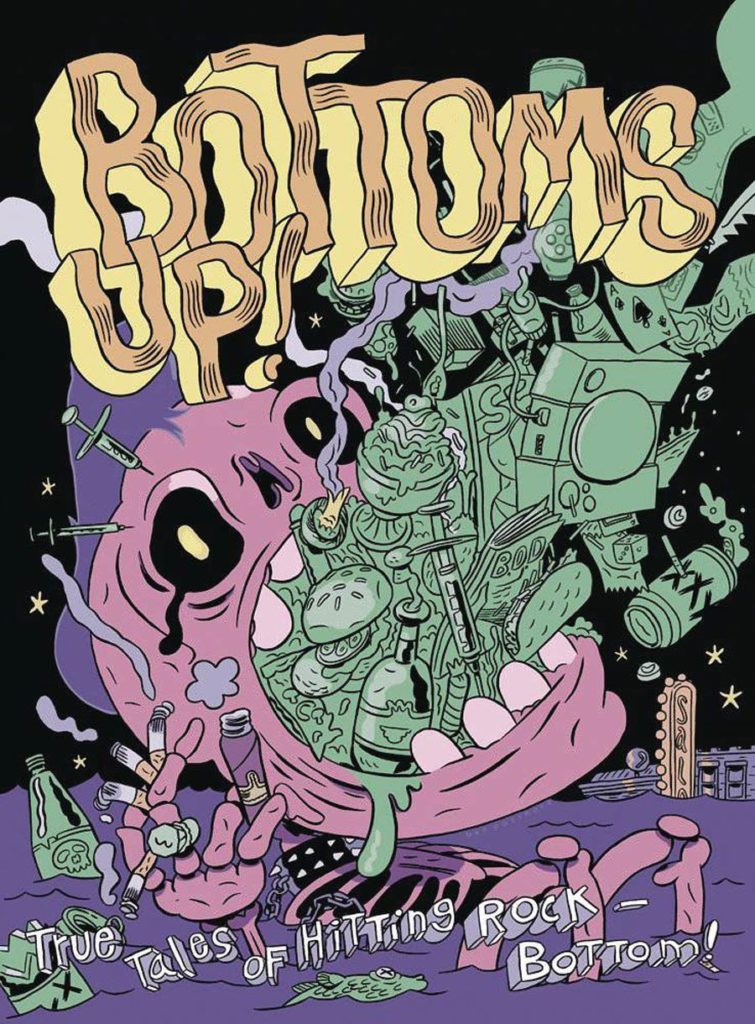 Addicted to Americana: Celebrating Classic & Kitschy American Life & Style by Charles Phoenix $29.95 – Raised on a used-car lot, Charles Phoenix was destined to become the Ambassador of Americana. The photo collector, food crafter, and field tripper is famed for his hilarious live show performances and “theme park” tour of downtown Los Angeles. This riotously colorful book, replete with Charles’s collection of vintage Kodachrome slides, celebrates his lifelong quest to unearth the best of classic and kitschy American life and style. 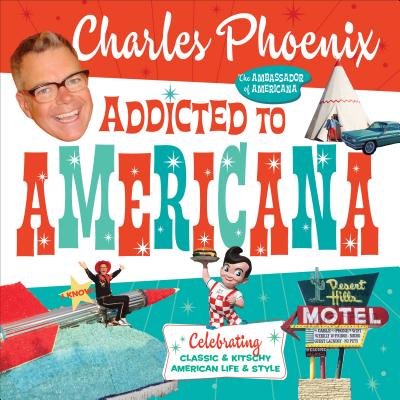 Riot Days by Maria Alyokhina of Pussy Riot $17.00 – Evocative, wry, laser-sharp, and laconically funny first hand account of the trial and imprisonment of Maria Alyokhina for smuggling a guitar with her fellow Pussy Rioters into an Orthodox Moscow cathedral and performing a “Punk Prayer” to protest Putin’s regime.

From Here to Eternity: Traveling the World to Find the Good Death by Caitlin Doughty $24.95 – Author of Smoke Gets in Your Eyes expands our sense of what it means to treat the dead with “dignity” by traveling the world and looking at death traditions in other cultures.

The War Nerd Iliad by John Dolan (Feral House) $22.95 – Poet, novelist, essayist, former teacher, and co-producer of the Radio War Nerd weekly podcast John Dolan brings a modern prose translation of Homer’s Iliad, stripping it of the archaic language and showing just how funny, raw, and terrifying this doomed world of war really is, revisiting this tale of Greeks and Trojans still fighting while the gods interfere.

The Super Natural: Why the Unexplained Is Real by Whitley Strieber and Jeffrey J. Kripal $16.00 – The guy who wrote Communion and a religion prof present a perception-altering analysis of why the paranormal is real, but also radically different from what is conventionally understood.

Complete Stories by Kurt Vonnegut $45.00 – This book collects 98 stories written from 1941 to 2007, here for the first time five previously unpublished stories; as well as a handful of others that were published online and read by few.

The Outback Musician’s Survival Guide: One Guy’s Story of Surviving as an Independent Musician by Phil Circle $17.50 – Don’t miss Phil Circle here to release this book on 10/19!

Confessions of a Transylvanian: A Story of Sex, Drugs and Rocky Horror by Kevin Theis and Ronald Fox $16.95

Incontinence of the Void: Economico-Philosophical Spandrels by Slavoj Žižek $29.95

Grandpa’s Ghost Stories by James Flora (Feral House) $17.95 – Back in print for the first time since 1978, one of the most sought-after of madcap illustrator Jim Flora’s children’s books, best known for his 40s and 50s album cover art.

Kids books from Soberscove Press, $10 each: This is True by Selina Trepp, Tic Toc by Arati Rao and Adam Sipe & more. 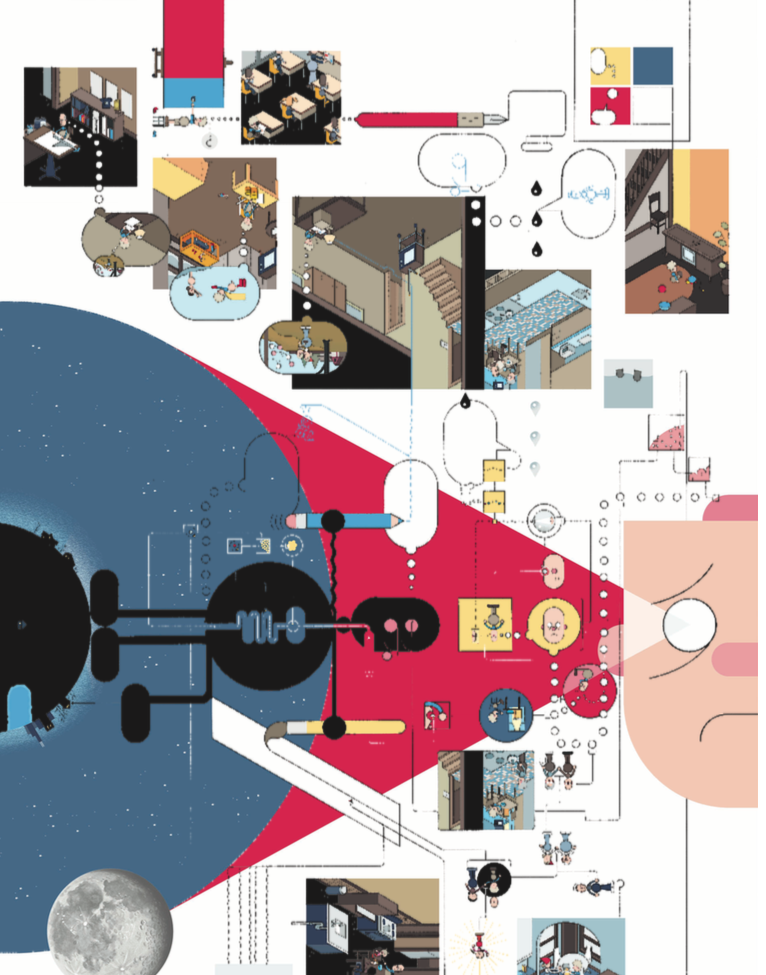 While Chris Ware’s singular body of work is often categorized as comics, his writing/drawing defies classification. Whether he’s creating graphic novels, making paintings or building sculptures, Ware explores social isolation, emotional pain and human desperation with a fine visual clarity and uncertain mnemonic organization, the end result being intentionally empathetic and complex. Like Charles Schulz, Art Spiegelman and R. Crumb before him, Ware has attempted to elevate cartooning to a fine art form.

MONOGRAPH is a personal, never-before-seen look at how the artist’s private and work life intersect, beginning with the influence of his newspaper family to his art school days in Austin and Chicago to his life from the early 1990s to the present day. The book delves into how, as a storyteller and builder, Ware’s work in three dimensions feeds into the thinking of his finely textured narrative art, offering a prismatic look at his work, including rarely-seen early attempts, previously unpublished strips and notes, all serving as a window into how artwork made for reproduction is still fundamentally “art.”

“There’s no writer alive whose work I love more than Chris Ware. The only problem is it takes him ten years to draw these things and then I read them in a day and have to wait another ten years for the next one.” –Zadie Smith

About the Author: Chris Ware is a contributor to the New Yorker, and his “Building Stories” was selected as a best book of the year by both the New York Times and Time magazine. Ira Glass is the creator and producer of the radio program This American Life. Françoise Mouly is the publisher of TOON Books and the art editor of the New Yorker. Art Spiegelman is the Pulitzer-Prize winning author of Maus. 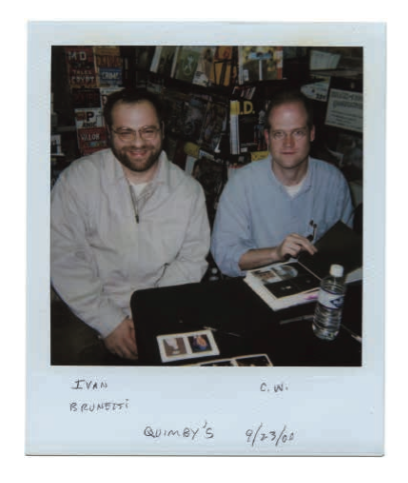 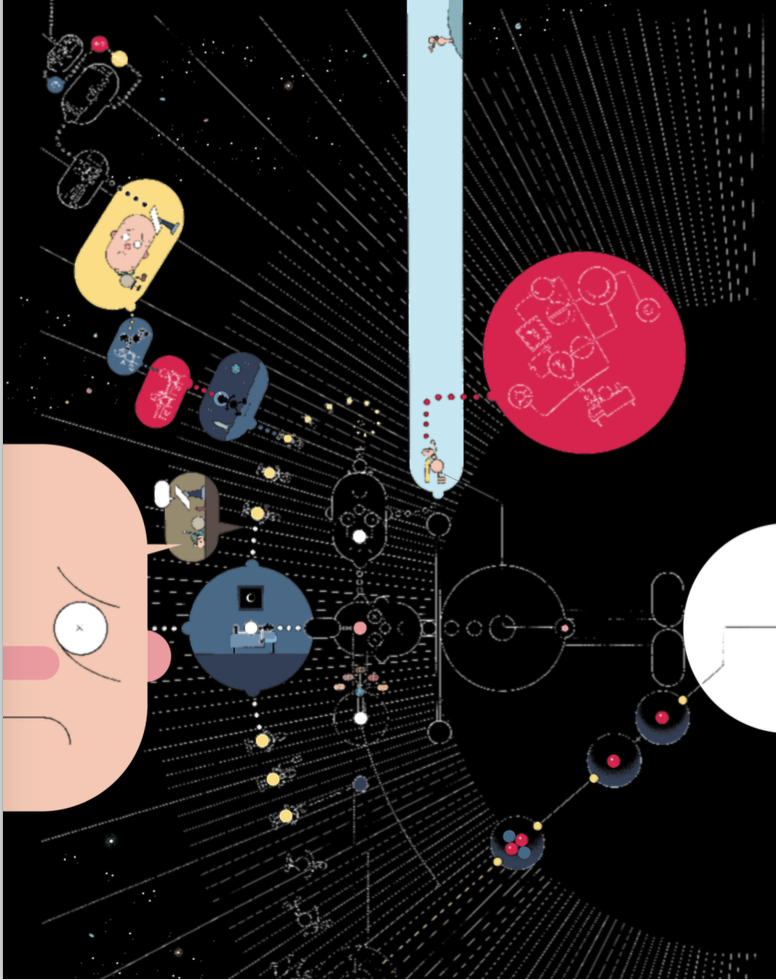 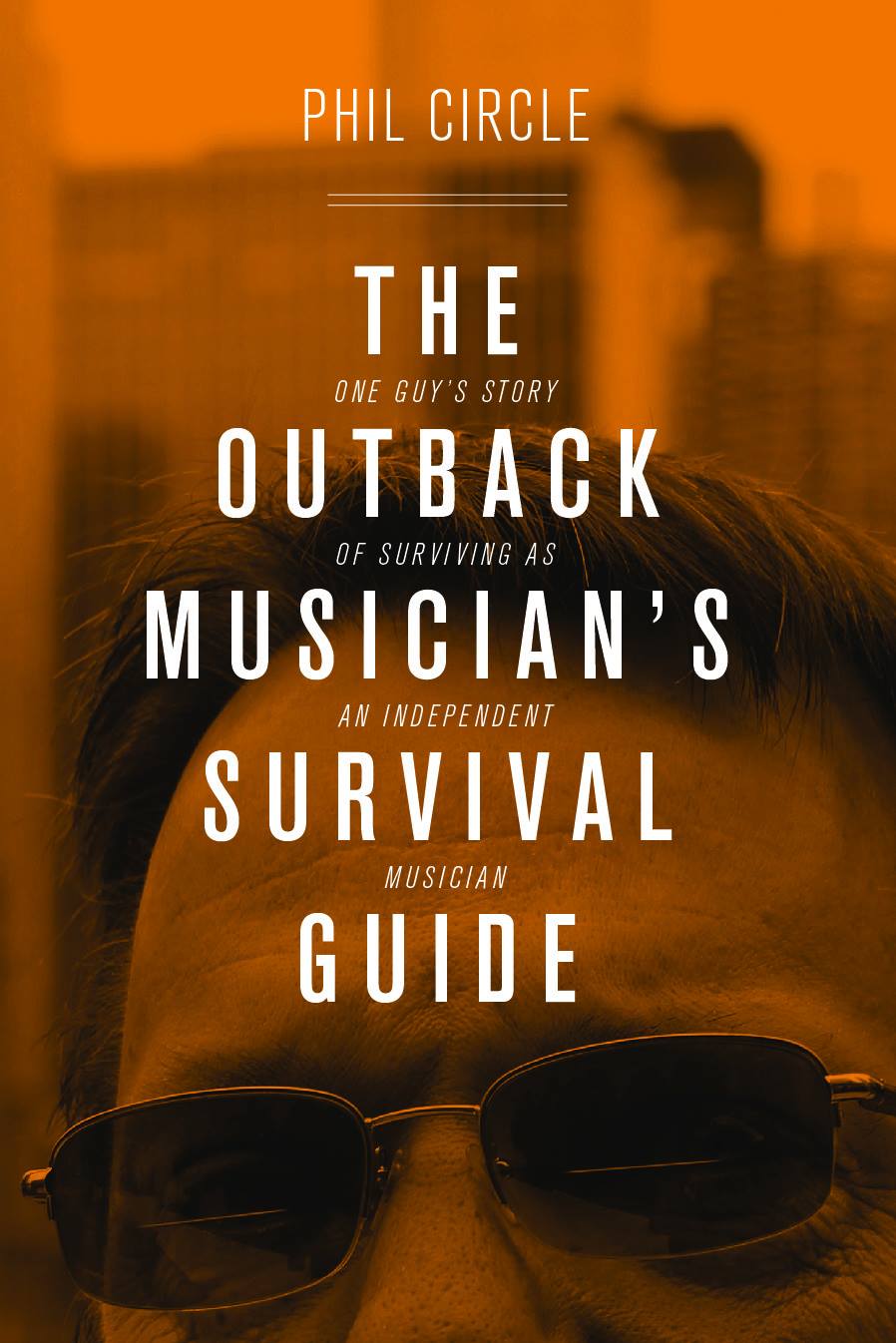 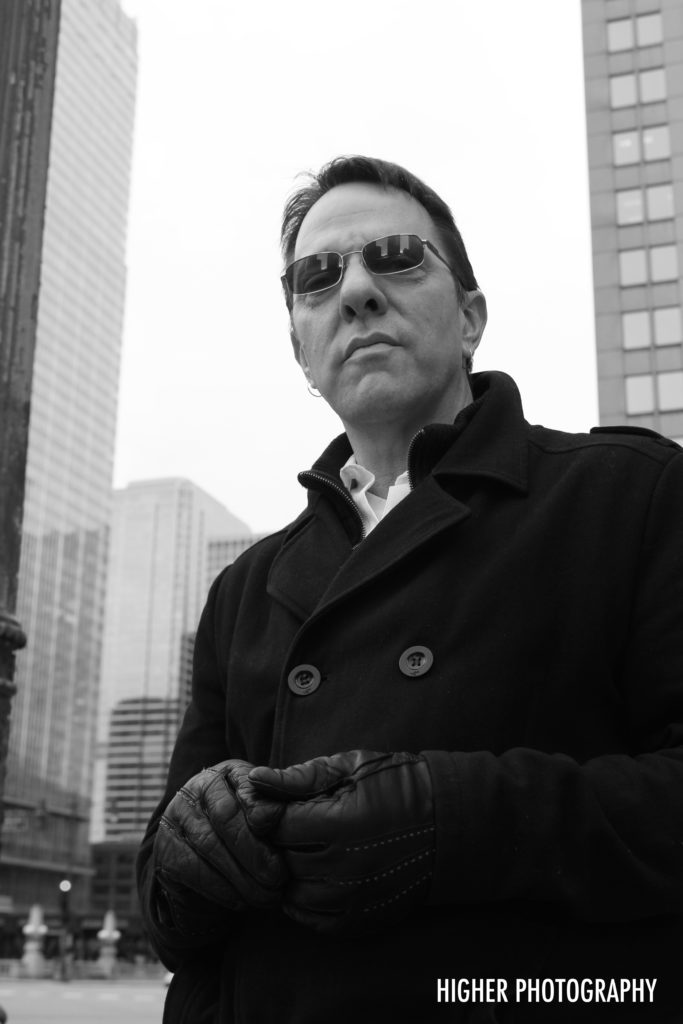 Comics by Bianca Xunise, $10 each: Diary Comics & Say Her Name

Dark Knight III: The Master Race Frank Miller & friends $29.99 – Batman and his friends have retreated for years but a new war is beginning. An army of unimaginable power led by Superman’s own daughter is preparing to claim Earth as their new world. The only force that can stop this master race—Batman—is dead. Long live the new Batman…Collects all 9 issues of the series.

Green Lantern Press books:
Imperceptibly and Slowly Opening $30 – Artists and writers reflect upon plant life as it troubles both physical and ideological human spaces.
Notes On by Magalie Guerin $20 – An artist documenting her process in a, well, super arty way.
The New [New] Corpse $30 – Exhibition catalog from the Sector 2337 group show.
& more!

Tranny: Confessions of Punk Rock’s Most Infamous Anarchist Sellout by Laura Jane Grace and Dan Ozzi $16.99 – Soft cover version of memoir by the lead singer from Against Me!

Ishiro Honda: A Life in Film, from Godzilla to Kurosawa by Steve Ryfle and Ed Godziszewski $32.95 – Don’t miss author Ed Godziszewski (and publisher of JAPANESE GIANTS magazine) here at Quimby’s talking about the book on Oct 13th about the director behind the original GODZILLA and many of its beloved sequels and spin-offs of the 1950s and ‘60s! 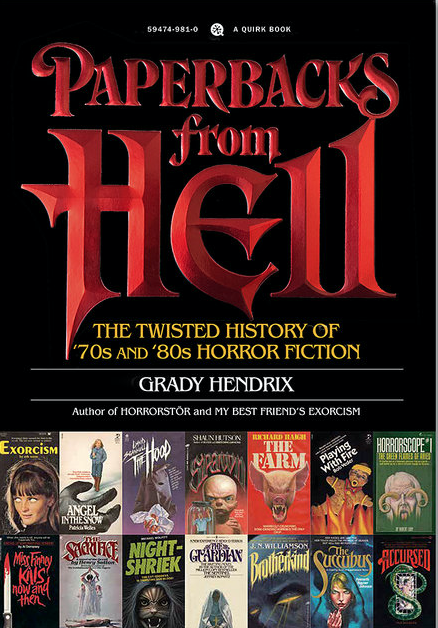 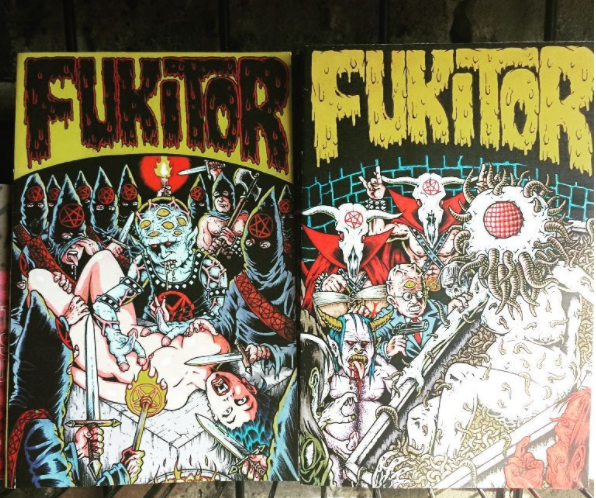 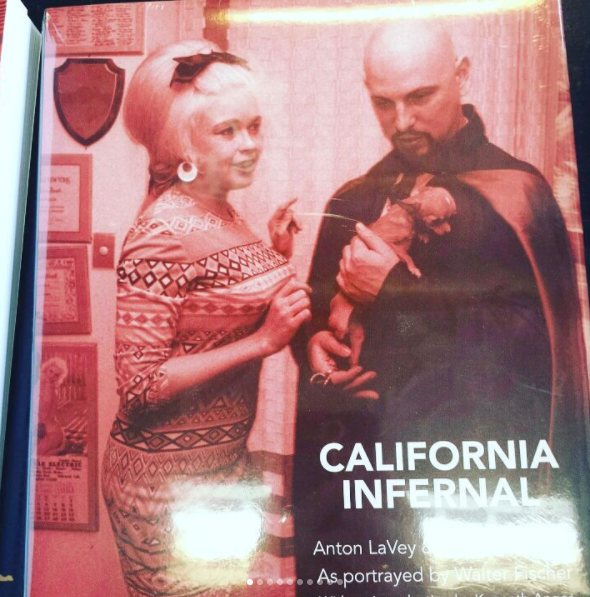 Cometbus #58 Zimmerwald $3.00 – A teenager finds solace in a diner full of grumpy seniors during the heydey of San Francisco punk. It’s a mythological place, full of ghostly archetypes, the aging veterans of scenes past and future. Reads like a novel, but is it fiction or barely disguised autobiography? Or is it the obituary of a movement? That’s up to the reader to decide and Aaron to never let on. Either way, the backstory of the angry old woman glaring at you from the other end of the counter becomes a disturbing glimpse into your own future and distressing as this may be it’s hard to put down or get out of your head.

Zines by Nyxia Grey, $2 each: Overthrow the Status Quo: A Super Rad Kickass Primer About Zines, Everything is Fine vol 1 #5 You’ve Got Mail, You Matter Always: A Zine About Making the World Less Shitty 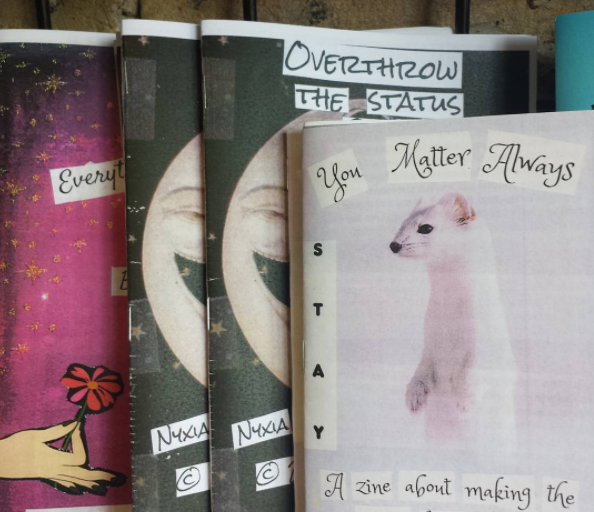 The Future Generation: The Zine-Book for Subculture Parents, Kids, Friends & Others by China Martens (PM Press) $22.00 – Back in print!

Getting to Know Someone Just Means Hearing About their Exes by Alex Wrekk $1.00

Sax Rohmer’s Dope by Trina Robbins $24.99 – A talented young actress becomes fatally ensnared in London’s mysterious and glittery drug culture. Based on Sax Rohmer’s 1919 novel and inspired by true events, Dope was both the first novel to speak openly about the international drug trade and the first story to center around the death of a celebrity by drug overdose.

Nick Cave: Mercy on Me by Reinhard Kleist (Self Made Hero) $22.88 – Sit down in your Mercy Seat and devour this while eating cake at a Birthday Party! 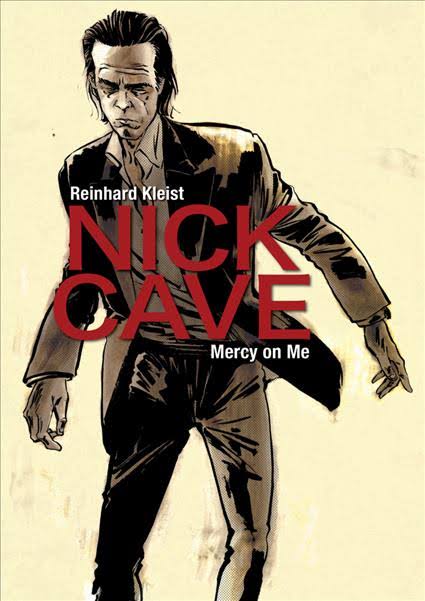 Fred The Clown In… “The Iron Duchess” by Roger Langridge (Fantagraphics) $19.99

This Must Be the Place: A Please Keep Warm Collection by Michael Sweater (Silver Sprocket Bicycle Club) $20.00

Did It! from Yippie to Yuppie: Jerry Rubin, an American Revolutionary by Pat Thomas (Fantagraphics) $49.99 – Bio & oral/visual history of the co-founder of the Yippies, Anti-Vietnam War radical, Chicago 8 defendant, New Age/Self Help proponent, and social-networking pioneer. 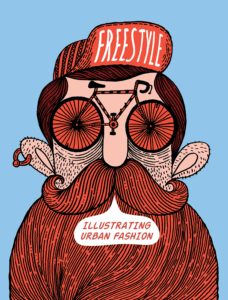 Turn The Page: The First Ten Years of Hi-Fructose by Virginia Museum of Contemporary Art and Alison Byrne (Baby Tattoo) $40.00

Trumpocalypse Now: The Triumph of the Conspiracy Spectacle by Kenn Thomas (Adventures Unlimited) $16.95

Mentored by a Madman: The William Burroughs Experiment by A.J. Lees $18.95 – A fascinating account by one of the world’s leading neurologists of the profound influence of William Burroughs on his medical career. Lees relates how Burroughs, author of Naked Lunch and troubled drug addict, inspired him to discover a ground-breaking treatment for Parkinson’s Disease.

A Field Guide to the Aliens of Star Trek: The Next Generation by Zachary Auburn (Devastator) $15.00 – Collecting the zines of the same name. Hilarious!

Thurston Moore: We Sing a New Language by Nick Soulsby $23.95

The Who on the Who: Interviews and Encounters, edited by Sean Egan $30.00

The First Rule of Punk by Celia Perez $16.99 – YA book from Chicago zinester and librarian. 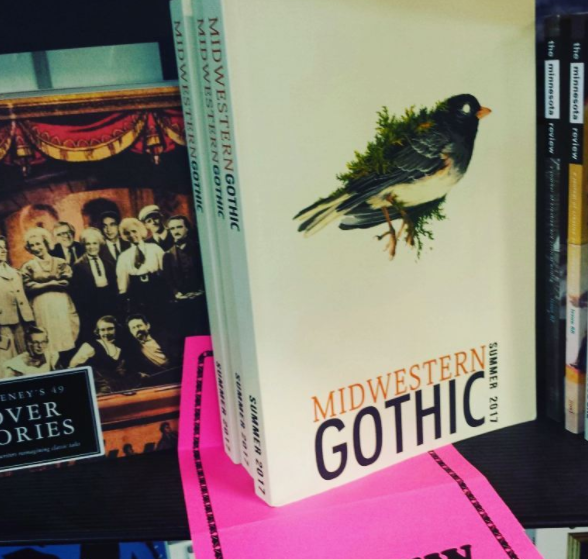