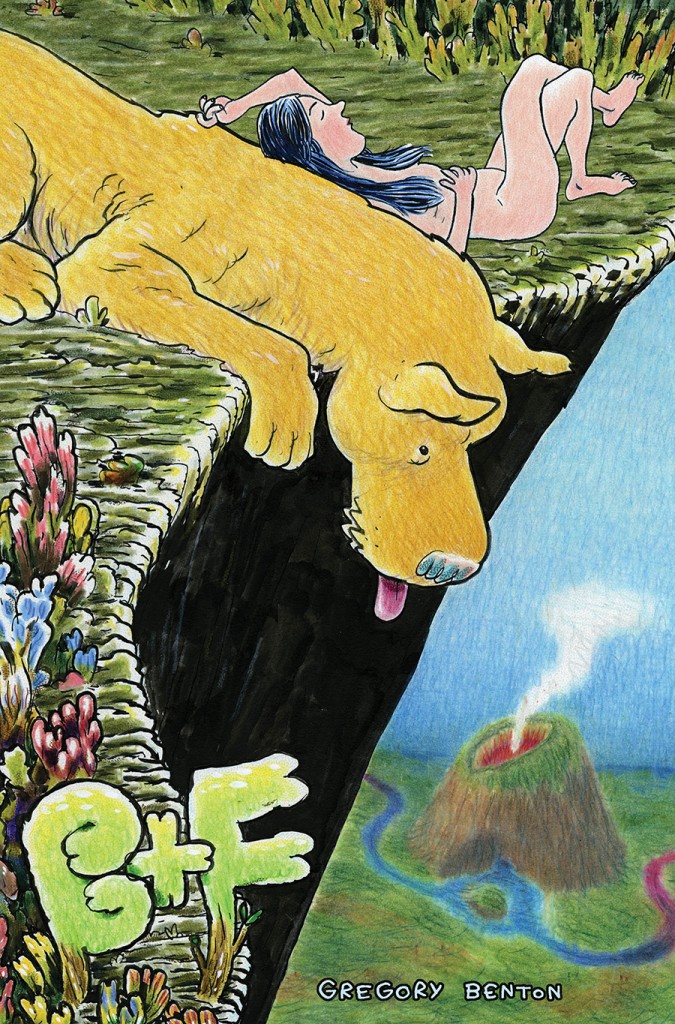 Gregory Benton’s book B+F was awarded the Museum of Comic and Cartoon Art’s inaugural Award of Excellence at MoCCAFest 2013. An expanded version of B+F was published in the autumn of 2013 through AdHouse Books (USA) and Editions ça et la (France).

B+F is a wordless meditation on goodwill, hostility, and isolation. It’s a fable, a meandering tale of two friends that explores an otherworldly forest with a naked woman “F” and a large yellow dog “B” as they encounter its denizens, both benevolent and malicious. The characters are pulled apart by circumstance and the obstacles that they must overcome to find each other again.

Gregory has embarked on a nation-wide tour in support of B+F. He is excited to add Quimby’s of Chicago to the list of stores he is visiting. He’ll be “dedicating” books to customers, meaning that he’ll spend time with each customer drawing in their books, more common in the European comics festival tradition.

Gregory Benton has been making comix since 1993. He cut his teeth on the political anthology World War 3, moving on to writing and drawing stories for Nickelodoeon, Vertigo, DC Comics, Disney Adventures, Watson-Guptil, Entertainment Weekly, as well as contributing to numerous alternate-press comix anthologies. A graphic novel, Hummingbird, was published by Slave Labor Graphics in 1996. Gregory has also produced numerous limited-edition mini-comix. Hopefully you have some. His illustrations have appeared in The New York Times, The Village Voice and Fortune, among others.

Click here to read an interview with Gregory Benton. 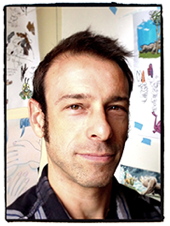