Last year, Quimby’s Bookstore created the Long Arm Stapler Award to highlight accomplishments in self-publishing.  The award was presented to QZAP, the Queer Zine Archive Project, at the opening night of the Chicago Zine Fest.  As this year’s Chicago Zine Fest approaches, we’ve refined the award process a little, and would like your input.  We are seeking nominations for both the recipient of this year’s Long Arm Stapler Award, as well as nominations for two members of the jury, which will select this year’s recipient.

Quimby’s Long Arm Stapler Award is an annual honor bestowed upon a group or individual dedicated to self-publishing and the first amendment. Each year’s recipient must show the following qualities:

The Long Arm Stapler Award should not be viewed as a competition, but as Quimby’s celebrating one of the forms of media that makes our store unique.  The utilitarian nature of the award –an actual long arm stapler- is meant to focus this honor as a form of recognition and encouragement of the work the recipient has done for self-publishing, and as an attempt to bring self-publishers together to celebrate one of their own.

The award’s jury will be comprised of Quimby’s employees, any interested recipient of the Long Arm Stapler Award for the past five years, and up to two individuals nominated by the public.

To nominate a group or individual for either the award or the jury, email us at info[at]quimbys.com, with your nomination and a brief reason for the nomination.

Did we mention we’re having Karaoke here on March 25th? 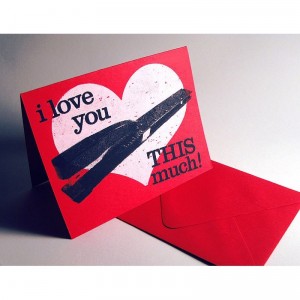