Sparkplug Comics Presents an event for The Windy Corner

Cartoonists Austin English, Jeremi Onsmith and John Hanciewicz will be signing copies of the 2nd issue of Sparkplug Comic Books’ most unique offering – Windy Corner. Windy Corner is a hybrid of a comic and a magazine that features comics by some of the brightest and best up and comers in indie comics as well as comics criticism and interviews. Special guests may also be in attendance!

‘He flies through the air with the greatest of ease – the daring young man on the flying trapeze!’

Step right up, Ladies and Gentlemen, for a glorious spectacle of graphic literature beyond your wildest imaginings, in which young Etienne discovers that replacing his uncle as the Amazing Remarkable Monsieur Leotard, world-renowned acrobat and head of a circus troupe, is every bit as difficult as it appears to be. Etienne is swept up in wonder and work even as he struggles to keep up his grandiose façade, while every day his chances for happiness slip further away.  For Etienne, taking a stand for his own happiness is as daring as any trick the Amazing Remarkable Leotard could perform.  Eddie Campbell and Dan Best bring to life the historical story of the daring young man on the flying trapeze in a tale filled with wonders and marvels.

Eddie Campbell has earned an international following. For over 25 years, he has blazed a trail in the world of graphic novels, and his work has earned nearly every honor in the field, including the Eisner, Ignatz, and Harvey awards.

With Alan Moore he created the towering opus From Hell, later adapted by Hollywood. Among the multitude of solo works he has produced, the epic series Bacchus brings the adventures of the Greek god of wine bang up to date, along the way adding such anomalies as the Eyeball Kid to the ancient pantheon. His autobiographical Alec has also garnered praise, notably for the memorable graphic novels Alec: the King Canute Crowd, and Alec: how to be an Artist.

Big week for comics and a few hot paperbacks dropped this week two. Thanks to all the awesome readers who stopped in the store for events this week. I don’t think there was a looser in the bunch! Always nice to meet the people behind the comics, zines and books!

END_OF_DOCUMENT_TOKEN_TO_BE_REPLACED

Our friends at Co-op Image Youth are holding a Karaoke Tournament Fundraiser at Ronny’s. If you’re in Chicago this Friday (June 27th) you should come, even if you’re not singing; karaoke singers need an audience! Here’s their details:

Be the Karaoke King/Queen you always knew you could be! Or just be mercilessly entertained! On Friday, June 27th Ronny’s (210. Suggested donation of $51 N. California Ave) will host Chicago’s first, one and only, Karaoke Tournament: LOUDER THAN YOUR MOM! at the door, contestants get in for free. Karaoke power-couple Joe and Liz Mason will MC the event as the First Round begins at 9 o’clock. There will be four rounds of competition. This event is held to benefit Cooperative Image Group.

Here’s how it will work: Karaoke contestants will compete in the contest, much like a marathon. They will be required to have a minimum of three sponsors who can donate up to four songs (depending on how far they expect their contestant to go) at $10 a song. A panel of audience judges will be rating the performances on a scale of 1- 10. Four finalists will receive a prize and trophy designed by Co-op Image Youth. The winner will receive a prize, trophy, and cash.

Incorporated in 2003, Cooperative Image Group is an interdisciplinary arts education and social entrepreneurship organization that facilitates programs with youth ages 6-21. Located in Humboldt Park, Co-op Image works with over 700 youth per year out of its Corner Art Center and approximately 400 additional community members through a number of outreach satellite projects. The programs Co-op Image creates include the production of a cooking show aired on CAN-TV, a screen-printing and design business, an audio/visual recording studio, mural painting, glass sculpting, documentary film-making and more. Co-op Image seeks funding through several channels, including a number of creative fundraisers and benefits, earned income, individual donors, and foundation and government grants. Benefits like LOUDER THAN YOUR MOM! account for approximately 30% of Co-op Image’s annual budget. 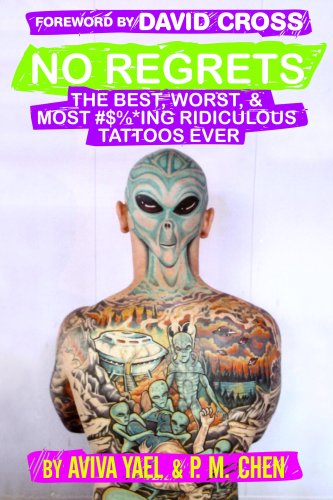 Our stock of the new David Sedaris books finally came in so all you Sedaris people can come get one now. Plus lots of new hot arty mags and a nice batch of new Microcosm releases too. Ohh and the final volume of Y the Last Man came out this week!!

New Books
When You Are Engulfed in Flames HC by David Sedaris $25.99
No Regrets $16.99 Best Worst and Most Fucking Ridiculous Tattoos Ever
Scar Factory Extreme Body Modification In Japan $39.95
Cavern Most Famous Club in the World $22.95
Master of the Mysteries $19.95 Life of Manly Palmer Hall
Forever and Ever $65.00 Art of Shawn Barber
Reign in Blood by DX Ferris $10.95 Finally a 33 1/3 about Slayer!!
Charcoal by Jasmine Wagner $10.00
That Tiny Insane Voluptuousness by Elisa Gabbert and Kathleen Rooney $12.50
Letterhead Vol 1 $15.00 Poetry Book
Sketches by Jeral Tidwell $25.00
Playground Sweden $29.95 Euro Street Art Book
What Color is Your World by Bob Gill $14.95 Cool Kids Book
Balloon for a Blunderbuss by bob Gill $14.95 Cool Kids Book
Stalefish $18.95 Skateboard Culture from the Rejects Who Made it