1. Hi Fructose #17 $6.95
2. Girls To the Front: The True Story of the Riot Grrrl Revolution by Sara Marcus (HC) $14.99 – Don’t miss Sara Marcus here at Quimby’s on Saturday, 10/23!
3. Gentlewoman #2 Fall Win 10 $10.95
4. What Was The Hipster: A Sociological Investigation – N+1 Small Books Series #3 by var. $10.00 – “Who was the turn-of-the-century hipster? Who is free enough of the hipster taint to write this history without contempt or nostalgia? Why are we tempted to declare the neo-hipster moment over, when the hipster’s “global brand” has just reached its apotheosis? A panel of writers invited the public to join an investigation into the rise and fall of the contemporary hipster. Their debate took place at the New School University in New York City, and was followed by articles, responses, and essays, all printed here for the first time.” 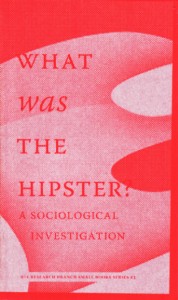 5. Fantastic Man #12 $12.99
6. King Cat #71 by John Porcellino $3.00 – This one’s great. The whole first part is all tales of being over-thirty-and-still-dirty, beater cars, stinky pits, run down shoes and all. Then J.P. up and moves to Florida and there’s a really funny 4-page field guide to all the cray-zay teeming wildlife. -EF
7. Maximumrocknroll #330 Part Two Nov 10 $4.00
8. Squirrel Seeks Chipmunk by David Sedaris and Ian Falconer (LB) $21.99
9. Possum Living: How to Live Well Without a Job and With Almost No Money by Dolly Freed (Tin House) $12.95 – The antidote to being a capitalist pig? Becoming a possum. Dolly Freed wrote this as a sassy and scrappy teenager in the 70s and finally someone had the common sense to reprint it.
10. The Baffler vol 2 #1 $12.00 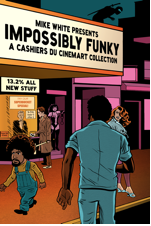 Harangue for Hollywood! From the blighted urban squalor of Detroit—Paris of the Midwest—came enfant terrible Mike White and his mutant publication, Cashiers du Cinemart. For fourteen years and fifteen issues the writers of Cashiers du Cinemart provided a treasure trove of writing on film and popular culture.

This book collects the best articles from the fifteen year history of Cashiers du Cinemart magazine with sections dedicated to Quentin Tarantino, Star Wars, Black Shampoo, unproduced screenplays, celebrity interviews, and much more. Everything has been refreshed, polished, and improved for this volume of movie mayhem.

“Obsessive, indulgent, wildly erratic, yet Impossibly Funky still warms my hardened critic’s heart because of the burning passion for movie going of the writer. It’s manifested in the nutty, beyond-left-field takes on popular geeky movies, and, even better, the stretch beyond Lucas and Tarantino to Kenneth Fearing, Travis McGee, and the unheralded comic genius of Canadian cinema, John Paizs. I’ve got to get my butt to Black Shampoo!” – Gerald Peary, critic, The Boston Phoenix

Hey look. Someone has a restaurant called Quimby’s. Is their food delicious? It better be. 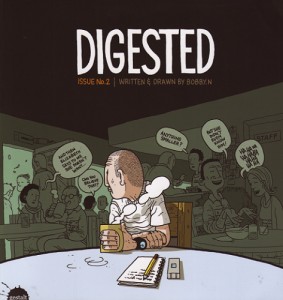 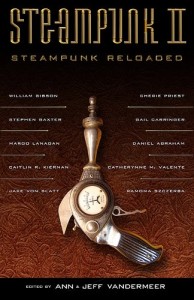 DIY & CONSUMPTION
The Acid Diaries: A Psychonauts Guide to the History and Use of LSD by Christopher Gray (Holloway) $16.95
The Pot Book A Complete Guide to Cannabis Its Role in Medicine Politics Science and Culture by Julie Holland MD (Park Street) $19.95
Official High Times Pot Smokers Activity Book by Natasha Lewin (Chronicle) $16.95
The Cuter Book by Aranzi Aronzo (Vertical) $14.95 – More intruction for making simple yet adorable felt animals. No sewing machine necessary. Just a few supplies they list in the front. Perfect for folks who less crafting and sewing experience.
The Home Physician – The Classic Edition of 1910, compiled by Rolfe Cobleigh (Burford) $12.95 – Reprinted from the 1910 original. Gives advice on how to handle such maladies as the whooping cough, leprosy, a cocaine habit and consumption. Definitely of interest to those who enjoy tonics, glycerin suppositories and lip salve. But we’re not responsible if you die from some type of poisoning. -LM

LITERARY JOURNALS & CHAP BOOKS
What Was The Hipster? – A Sociological Investigation: n+1 Research Branch Small Books Series #3 by n+1 etc. $10.00 – A text documenting a symposium discussion about the hipster: what exactly is/was one? Do/did they truly exist? Are there different types? These questions and more are discussed in this intelligent and humerous volume, which is more fun than acadmeic but more academic and self-aware than parody. Engaging. -LM

MUSIC BOOKS!
Record Store Days: From Vinyl to Digital and Back Again by var. (Sterling) $19.95 – A loving look at record stores around the country with the folks who own and run them. And Dusty Groove, one of the coolest record stores ever, which is down the street from us, they’re in it too. Photos, anecdotes, memorabilia, interviews with well-known musicians about their first record store purchases and more.
Malevolent Melody by McBess $23.50
Anthology of Rap ed. by var. (Yale) $35.00

MUCKRAKING MEMOIRS & MISCELLANY!
Impossibly Funky: A Cashiers Du Cinemart Collection by Mike White etc. (Bear Manor) $24.95 – Don’t miss Mike White here at Quimby’s in December. Stay tuned for more details.
Anarchy Evolution: Faith, Science and Bad Religion in a World Without God by Greg Graffin and Steve Olson (Harper) $22.99 – Graffin is the lead singer of Bad Religion. He also has a PhD in zoology from Cornell University and teaches evolution at the UCLA. This edition of the book is a signed first edition. Yes, he ties in some Bad Religion lyrics and history into it too. My sixteen year old self would have memorized this and spewed it to people at Denny’s. -LM 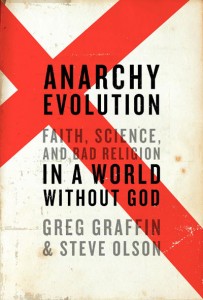 Archeology of Violence by Pierre Clastres (Semiot) $15.95
Bad Science: Quacks, Hacks and Big Pharma Flacks by Ben Goldacre (F&F) $15.00
A Book of Jean’s Own by Jean Teasdale (SMP) $14.99 – The Onion presents all new wit, wisdom and wackiness from the Onion’s beloved humor columnist.
Mirror Maze: A Norwegian Mans True Story of Five Years in Mexican Prison During the 1980s by Tom Brungar $12.95
Tinsel: A Search For Americas Christmas Past by Hank Stuever (Mariner) $14.95

Since 1998, Josh MacPhee has commissioned and produced over one hundred posters by over eighty artists that pay tribute to revolution, racial justice, women’s rights, queer liberation, labor struggles, and creative activism and organizing. Celebrate People’s History! presents these essential moments—acts of resistance and great events in an often hidden history of human and civil rights struggles—as a visual tour through decades and across continents, from the perspective of some of the most interesting and socially engaged artists working today. 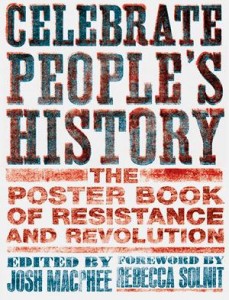 Josh MacPhee, artist and activist, is the founder of the Justseeds Artists’ Cooperative, an organization that promotes radical art forms. He is the author of Stencil Pirates: A Global Study of the Street Stencil (2004) and co-edited Realizing the Impossible: Art Against Authority (2007) and Reproduce and Revolt (2008). MacPhee is also the curator of the printmaking exhibition Paper Politics, which has been on tour in the United States since 2004.

Featured Artists in the book who will be at the event, the list is growing!:

Damon Locks is a visual artist and a musician here in Chicago. He performs in both The Eternals and The Exploding Star Orchestra. Always up for a good conversation, he was happy to participate in the Celebrate Peoples History book event at Quimby’s. 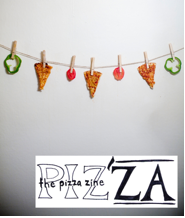 As spicy and sassy as a stick of pepperoni, ‘Za the Pizza Zine is a compilation about, what else, the wonders of pizza. Still, it’s about more than simply reveling in pepperoni prose for creator Nicki Yowell and her baker’s dozen of bi-coastal contributors. The Chicagoans are plenty and include Ramsey Everydaypants of List, Eric Bartholomew of Junk Drawer, gore poet Mason Pierce and Dining with Words’ Caroline Liebman. ‘Za combines fiction, essays, comics, illustration and photography to create an all-out snack time explosion. Come for the reading of eloquent odes to ‘za and stay for the pizza party, featuring actual pizza.