Guess what?! The Damen Blue Line stop IS NOW OPEN AGAIN for reals! That’s on the CTA Blue Line (O’Hare/Forest Park Line). We’re only a few minutes walk from there! Click here for directions.

Treasury of Mini Comics vol 2, ed. by Michael Dowers (Fantagraphics) $29.99 – For everyone interested in the history of underground and alternative comics, Treasury of Mini Comics Volume Two gathers prime examples—more than 800 pages’ worth—from a quintessential self-publishing format in this compact but hefty hardcover. Previously only seen in limited-run pamphlets, these comics are startling, visionary, hilarious, profane, and profound. This volume also takes a look back at the wild 8-page sex comics called “Tijuana Bibles” that sprang from the 1930s underworld, as context for the contemporary comics that compose this book. Editor and mini comics pioneer Michael Dowers provides a historical survey of several decades’ worth of some of the best that DIY comics has to offer, from some of the medium’s most talented independent creators, including: Johnny Ryan, Trina Robbins, R.K. Sloane, Jeffrey Brown, Jim Rugg, Tom Neely, Ellen Forney, Esther Pearl Watson, Renée French, Lisa Hanawalt, J.R. Williams, Pat Moriarity, Souther Salazar, Theo Ellsworth, Nick Bertozzi, Dan Zettwoch, Marc Bell, and many others.

Sam Zabel and the Magic Pen by Dylan Horrocks (Fantagraphics) $29.99

Essay
Starve the Vulture: A Memoir by Jason Carney (Akashic) $15.95

Politics & Revolution
I Belong Only to Myself: The Life and Writings of Leda Rafanelli by Andrea Palieser (AK Press) $16.95 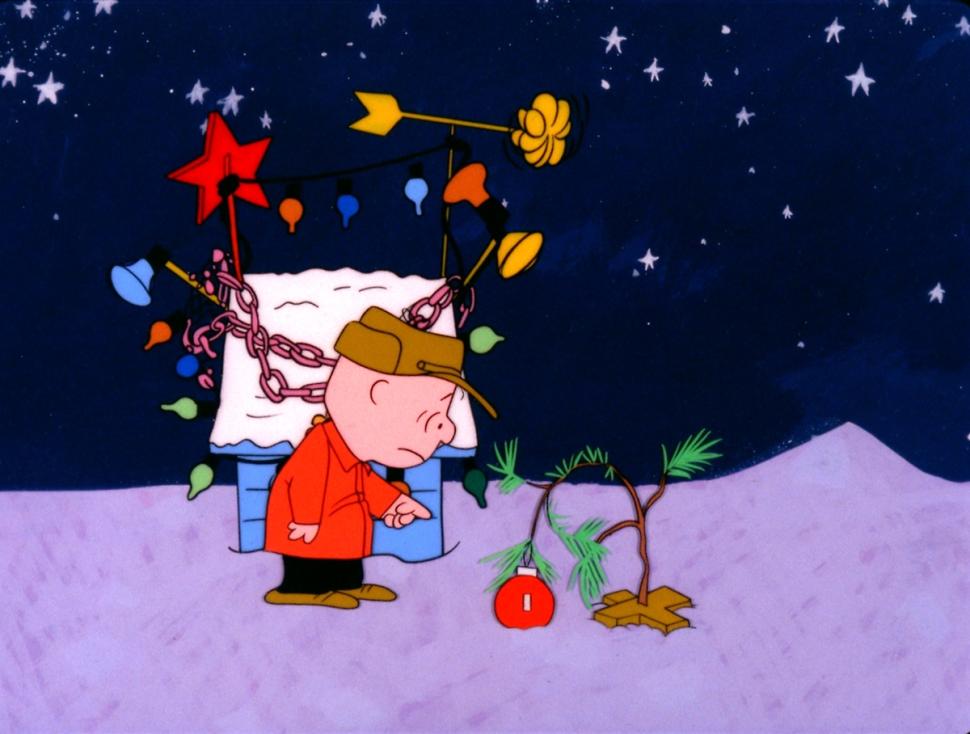 Transcend the biological shopping meat crowds. Buy your friends and family the gift of being informed about the Singularity. #QuimbysBookstore

Transcendence: The Disinformation Encyclopedia of Transhumanism and the Singularity by R.U. Sirius and Jay Cornell (Disinfo) $19.95 – A multilayered look at the accelerating advances in artificial intelligence, cognitive science, genomics, information technology, nanotechnology, neuroscience, space exploration, synthetic biology, robotics, and virtual worlds that are making transhumanism (the use of science and technology to overcome the “natural” limitations experienced by humanity) a reality.

Over Your Friend by Anna Campbell $20.00

issues of You Go Girl zine

Blasphemous Quote a Coloring and Activity Book by Betty Heredia $5.00

Hobbit by Max Bare and Melissa Sue Stanley $2.00 – Silly! Taken from the Tumblr web comic of the same name. My New Fighting Technique meets a Hugo Weaving meta-pop-culture fest, J.R.R. Tolkien style. I give this four out of four Agent Smiths. -LM

Foolbert Funnies Histories and Other Fictions by Frank Stack aka Foolbert Sturgeon (Fantagraphics) $24.99

UFO Phenomenon: Should I Believe? by Robert Davis PhD (Schiffer) $16.99 – Why yes, you should.

Music Books
Who Killed Mister Moonlight?: Bauhaus, Black Magick, and Benediction by David J. Haskins $19.95 – Bauhaus and Love & Rockets behind the scenes by a founding member of both bands.

Kids Books
Pippi Wont Grow Up by A. Lindgren and Ingrid Vang Nymen (D&Q) $14.95 – Drawn and Quarterly’s third volume of Pippi Longstocking comics.
Someday a Bird Will Poop on You by Sue Salvi and Megan Kellie $16.95

A Is For Zebra by Sean “Crap Hound” Tejaratchi. Beauuuuutiful. #QuimbysBookstore

A Is For Zebra by Sean Tejaratchi (Show & Tell Press) $20.00 – An all-ages alphabet and activity book by the creator of Crap Hound and LiarTownUSA. Oversized pages, perfect for hanging as prints! 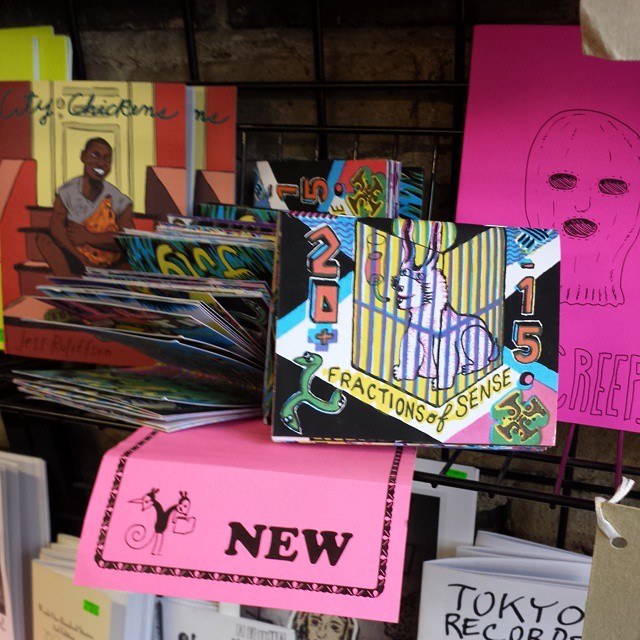 2015 Calendar Fractions of Sense Fractals of Nonsense by Leif Goldberg $20.00 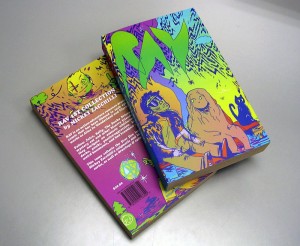 Be Hair Now: An Oral Hair Her Story by Rachael Zalutsky & Liz Mason $1.00 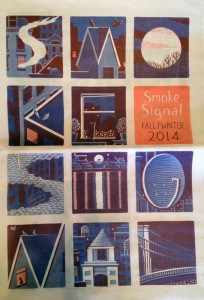 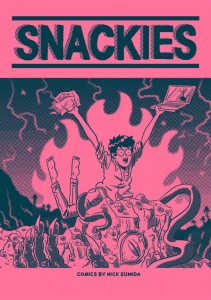 Snackies by Nick Sumida (Youth In Decline) $12.00 – God Tweets, yoga tutorial, the subway, and internet dating as a gay man in New York and more! Hilarious.

Art & Design
Geek Art:An Anthology – Art, Design, Illustration and Lightsabers, ed. by Thomas Olivri $40.00 – Buy it and then go across the street from Quimby’s and check out the Geek Bar!

This Is Not a Photo Opportunity: The Street Art of Banksy (PM Press) $20.00 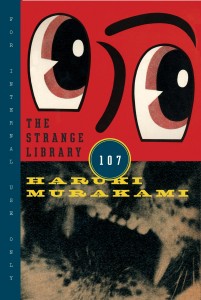 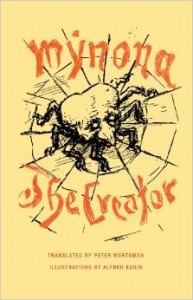 The Creator by Mynona $13.95 – The tale of Gumprecht Weiss, an intellectual who has withdrawn from a life of libertinage to pursue his solitary philosophical ruminations. First appeared in 1920. With the original illustrations by Alfred Kubin 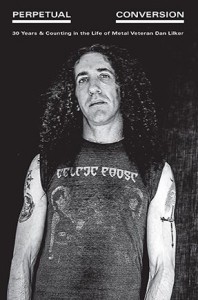 Perpetual Conversion: Thirty Years and Counting in the Life of Metal Veteran Dan Lilker by Dave Hofer $22.00 – Follows the career of bassist Dan Lilker, founder of Anthrax, member of SOD, Nuclear Assault, Brutal Truth and Hemlock. Quimby’s friend and former Punk Planeteer Dave “King of Metal” Hofer (who works around the corner from Quimby’s at Reckless) conducted hours of interviews with Lilker, as well as Lilker’s friends and family for this in-depth look at this influential musician’s career. Supplemented with images, set lists, press releases and more! 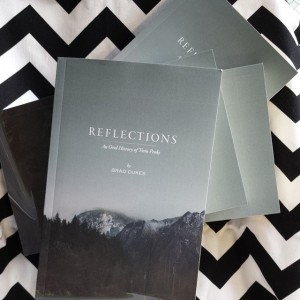 Reflections: An Oral History of Twin Peaks by Brad Dukes $15.00 – Cast, crew, writers, producers, Brad Dukes interviewed a whole lotta folks involved in the legendary TV series. Featuring first-hand accounts from series cocreator Mark Frost and cast members including Kyle MacLachlan, Joan Chen, Sherilyn Fenn, Piper Laurie, Michael Ontkean, Ray Wise, Billy Zane, and many more. Written by a fan, for the fans, and just in time for that gum you like that is going to come back in style.

Outer Limits
Conspiracy Against the Human Race by Thomas Ligotti $15.00

Politics, Revolution & Essay Books
This Changes Everything: Capitalism Vs. the Climate by Naomi Klein $30.00

Comradely Greetings: The Prison Letters of Nadya and Slavoj by Slavoj Zizek and Nadezhda Tololonnikova $9.95 – Letters between the well-known Slovenian philosopher and one of the founding members of Pussy Riot.

Absolute Recoil: Towards A New Foundation Of Dialectical Materialism by Slavoj Zizek $29.95

A Colossal Wreck: A Road Trip Through Political Scandal, Corruption and American Culture by Alexander Cockburn $19.95

Local Interest
Gangsters and Grifters: Classic Crime Photos From the Chicago Tribune (Agate/Midway) $29.95 – With a forward by Rick Kogan. 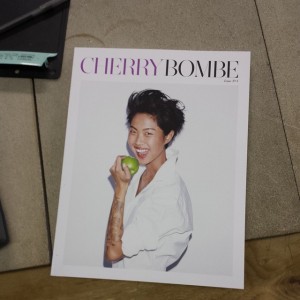 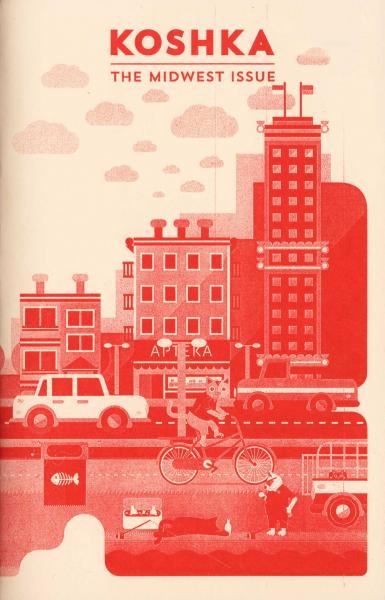 Koshka #4 The Midwest Issue, ed. by Kaitlin Kostus (Temporary Services) $5.00 – The Midwest, and Chicago in particular is the home to many people with Eastern European ancestory. Kaitlin Kostus and eight contributors take a home-town look at the Eastern European diaspora. From Latvia to Serbia, from Ukrainian Village to Polish Village, the people are chanting “Koshka!” NB 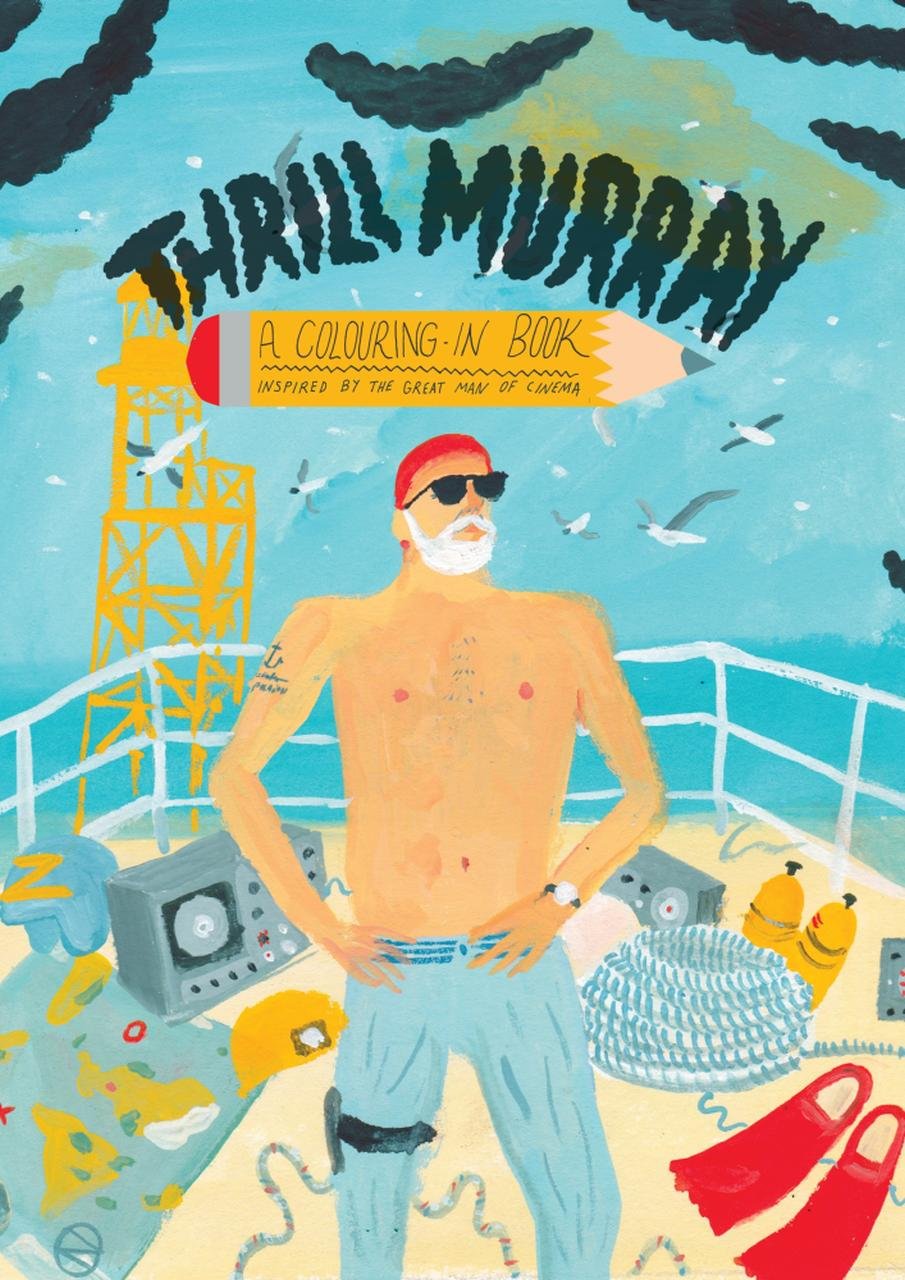 Thrill Murray: A Colouring-In Book Inspired by the Great Man of Cinema $17.00 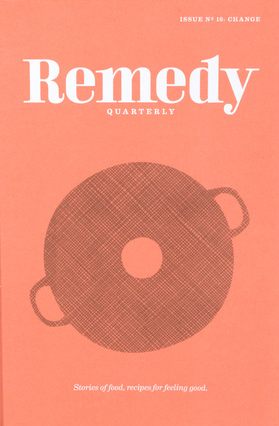 Art & Design Books
Taxidermy Art: A Rogue’s Guide to the Work the Culture and How to Do It Yourself by Robert Marbury $18.95

Politics & Revolution
Locked Down, Locked Out: Why Prison Doesn’t Work and How We Can Do Better by Maya Schenwar $18.95

A Bit Harder to Classify
The David Foster Wallace Reader $35.00
You Have to Fucking Eat by Adam Manbach and Owen Brozman (Akashic) $14.95 – Yeah yeah Go the Fuck to Sleep we get it, we get it.

Sure, it’s spsd to be an ironic cover but it is actually really beautiful.

Kids Books
No Such Thing by Ella Bailey (Flying Eye/Nobrow) $17.95

Other Stuff
Restock of handmade blank journals from Red Shorts Bindery, in  variety of colors and sizes!