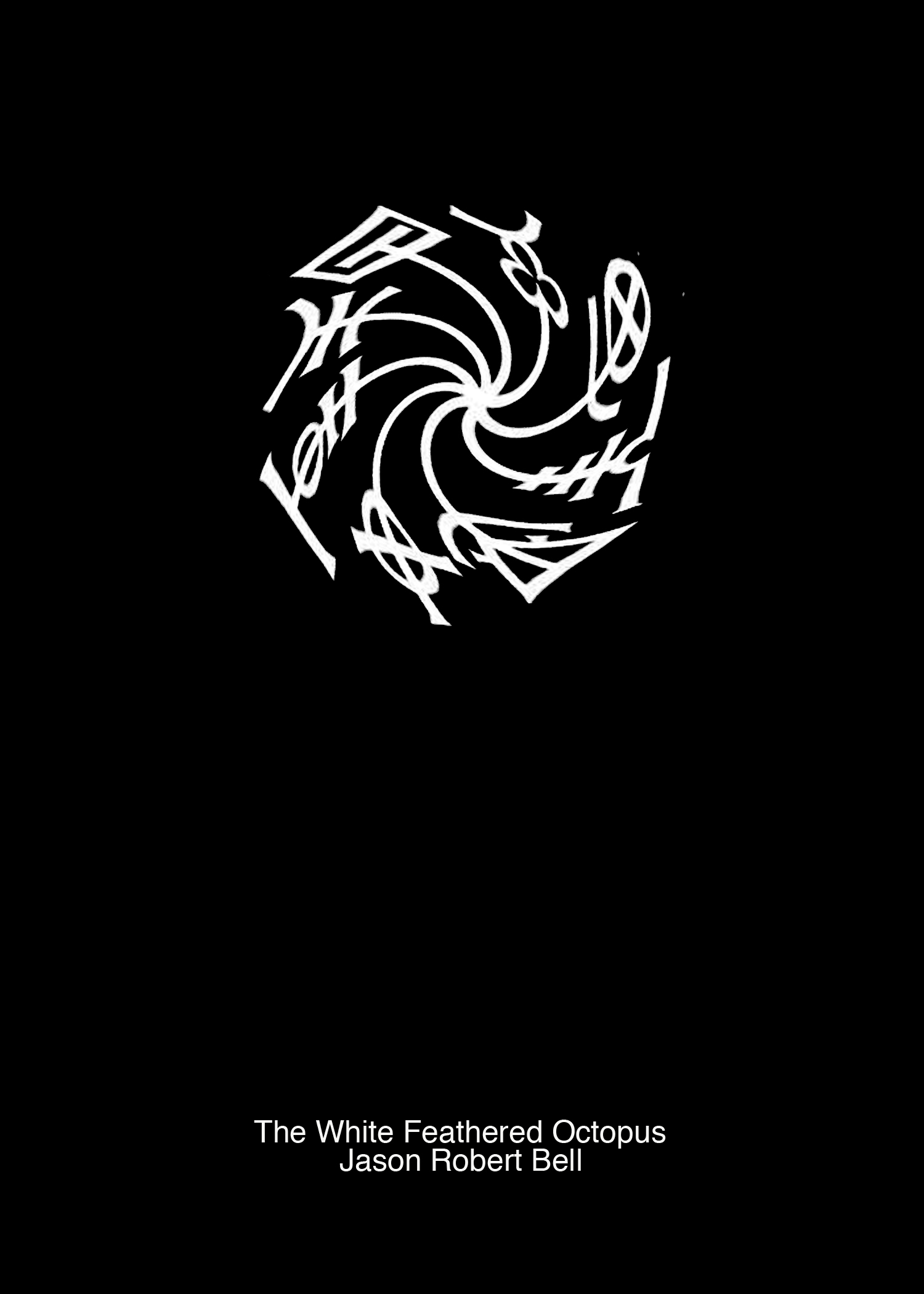 Jason Robert Bell, Mystical Rebel Outlaw Baddasss, whose Advance Thothic Practice in Theatomix will one day rule the world, is releasing a limited paperback first edition of his new book The White Feathered Octopus (Tetragrammatron Press, 2012). This book talks about the gritty hard realties of growing up a blinded street beggar in Cairo, 1937, as if a mutant midwifed counterclockwise to the distant Jauntpads of Rocketcityutopia. It is a science fiction novel, written from one giant cryptographic anagram of Herman Melville’s Moby DIck. Not for the faint of heart! Read it if you dare. An erotic sexperiment in Philikdicking ones own mind back from the brink of madness and disability  a biography of lowdown heights, back alley knife fights, and cold uptown delights, the whole while you have the sinking feeling that this all might not actually be happen, as if you are a chess piece on a scrabble board.

In other words, prepared to have your MindPenis Blown!

Mr. Bell will have a limited edition of 12 artist proof unedited copied of his 365 page unreadable sci fi sex, steampimp, one giant anagram of moby dick novel. They will be for sale for $17.766 cents Lumarian, $20 usd. The books come with a digital portfolio of images and the text in complete iPad friendly PDF.

Robin Dluzen, editor in chief of Chicago Art Magazine is having nightmares about:

Not since my adolescent discovery of William S. Burroughs’s Naked Lunch have I felt the same heavy, sinking feeling in my stomach from a work of art, visual, written, or otherwise. The artist is the author, protagonist, and narrator of this digitally composed, fragmented, stream-of-consciousness piece, fluctuating between seemingly autobiographical reality and fantastical nightmares.

Like Naked Lunch, The White Feathered Octopus is difficult to read in both structure and the nature of its content, and it is capable of giving a reader actual nightmares (as it did for me). But also like Burroughs’s masterpiece, it absolutely must be read for its courageous and frightening sincerity.

Jason Robert Bell is a Brooklyn-based experimental artist and mystic, who produces paintings, drawings, comics, sculpture, experimental films, outdoor installations, performances, and now text, that are the by-products of a mystical journey, conjuring a highly charged, alternative reality. His work has been exhibited at Postmasters Gallery, New York and Thomas Robertello Gallery, Chicago. Bell received a BFA in Painting from the School of the Art Institute Chicago and an MFA from the Yale School of fArt.