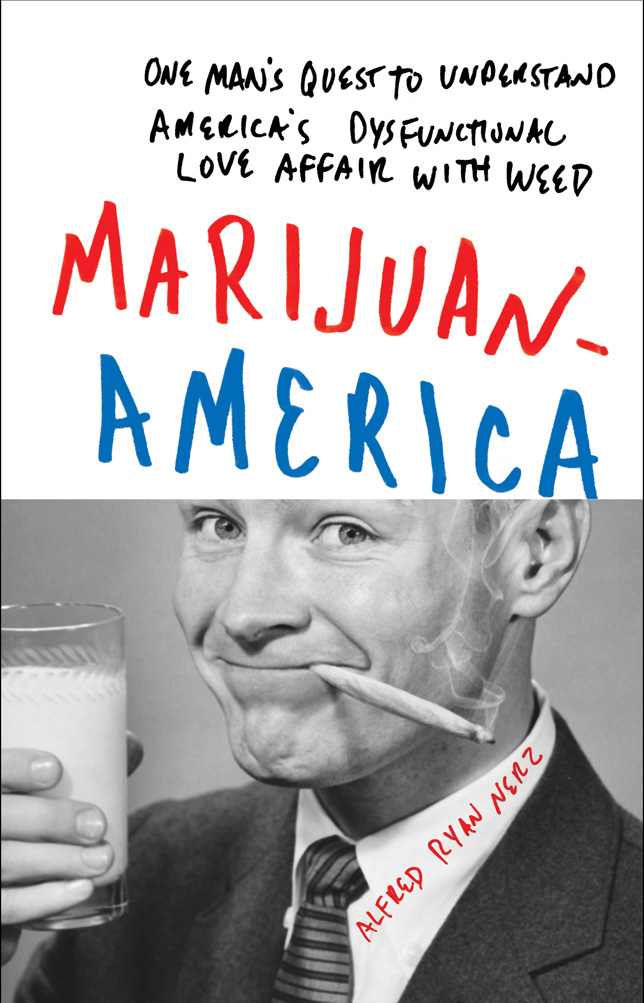 Quimby’s will journey down the street to Jerry’s (the Wicker Park location, at 1938 W. Division) to welcome Alfred Ryan Nerz and sell his book Marijuanamerica: One Man’s Quest to Understand America’s Dysfunctional Love Affair with Weed. What BoingBoing called “a fascinating and entertaining snapshot…it reads something Hunter S. Thompson might have written in his Hell’s Angels days, had he laid off the hard stuff and graduated from Yale.”

Alfred Ryan Nerz is a Yale-educated author, journalist, and TV producer. He’s also a longtime marijuana enthusiast who has made it his mission to better understand America’s long-standing love-hate relationship with our favorite (sometimes) illegal drug. His cross-country investigation started out sensibly enough: taking classes at a cannabis college, hanging out with a man who gets three hundred pre-rolled joints per month from the federal government, and visiting the world’s largest medical marijuana dispensary.

However, after connecting with a mysterious friend of a friend, his journey took an unexpected turn and he found himself embedded with one of the largest growers and dealers on the West Coast. He quickly transformed from respectable journalist into an underworld apprentice — surrounded by pit bulls, exotic drugs, beanbags full of cash, and trunks full of weed.

While struggling to navigate the eccentric characters and rampant paranoia of the black market, he maintained enough equanimity to explore a number of vital questions: Is marijuana hurting or helping us? How is it affecting our lungs, our brains, and our ambitions? Is it truly addictive, and if so, are too many of us dependent on it? Should we legalize it? Does he need to quit?

As entertaining as it is illuminating, Marijuanamerica is one man’s attempt to humanize the myriad hot-button topics surrounding the nation’s worst-kept secret—our obsession with weed—while learning something about himself along the way.

Alfred Ryan Nerz is a freelance journalist whose pieces have appeared in Esquire, the Village Voice, and Time Out New York. In addition, he has written for NPR and produced television shows on Spike TV and the Biography channel. He lives in Brooklyn. He is also the author of Eat This Book: A Year on the Competitive Eating Circut.