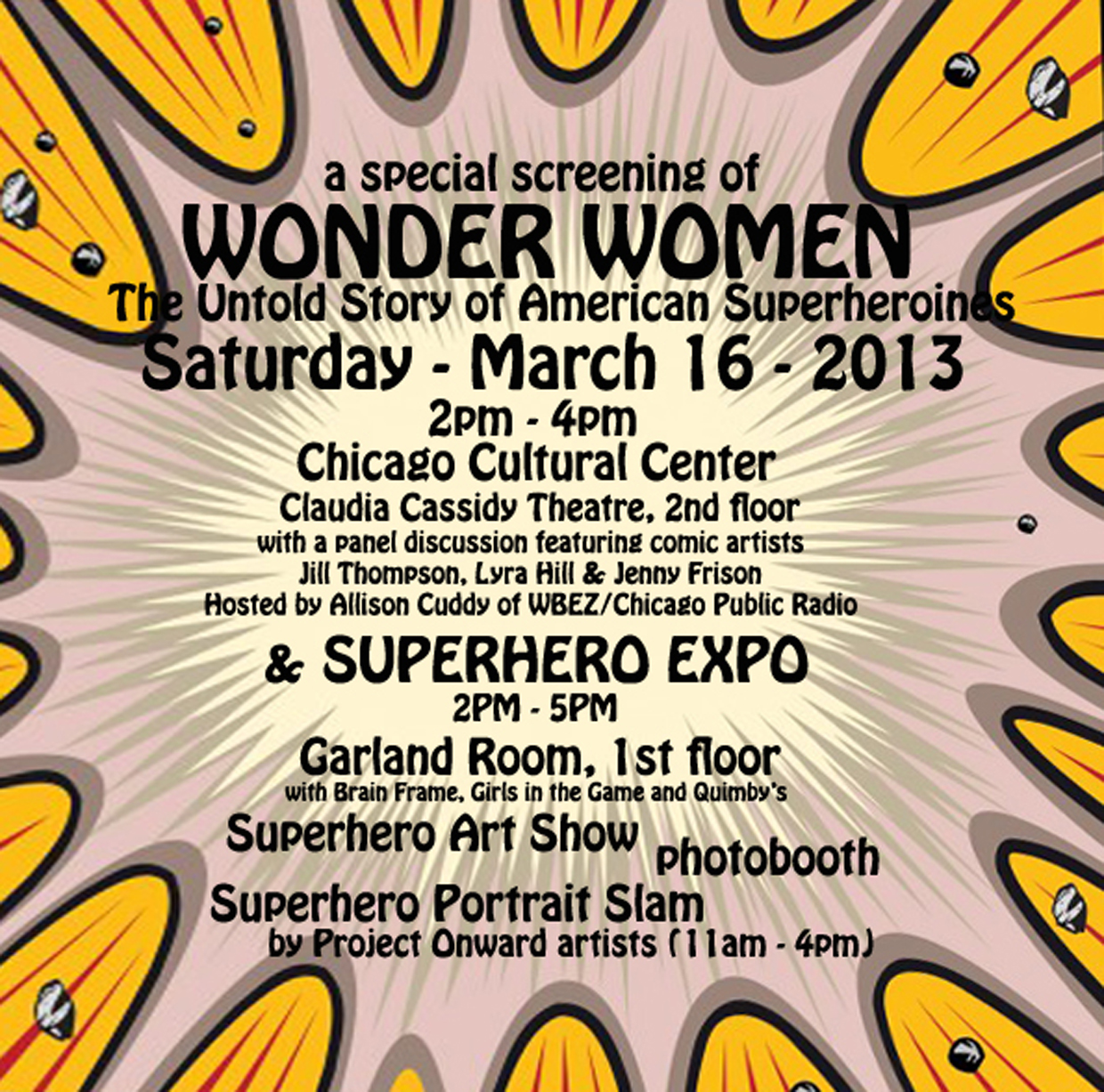 Envision Superheroines for the Modern Age!
Renditions will be displayed at the Wonder Women Expo at the Cultural Center on March 16th during and following the screening of the documentary Wonder Women: The Untold Story of American Superheroines. From the birth of the comic book superheroine in the 1940s to the blockbusters of today, this documentary looks at how popular representations of powerful women often reflect society’s anxieties about women’s liberation.

Bring your drawings/paintings/art to the Expo.  Any format for the art is fine.

Presented by WTTW Channel 11 and the Chicago Department of Cultural Affairs and Special Events in partnership with Chicago Foundation For Women, Eileen Fisher Foundation, Project Onward and Quimby’s Bookstore.

Community Cinema is a national civic engagement initiative featuring free monthly screenings of films from the Emmy Award-winning PBS series Independent Lens. Every month in 100+ cities, community members come together to learn, discuss, and get involved in key social issues of our time. 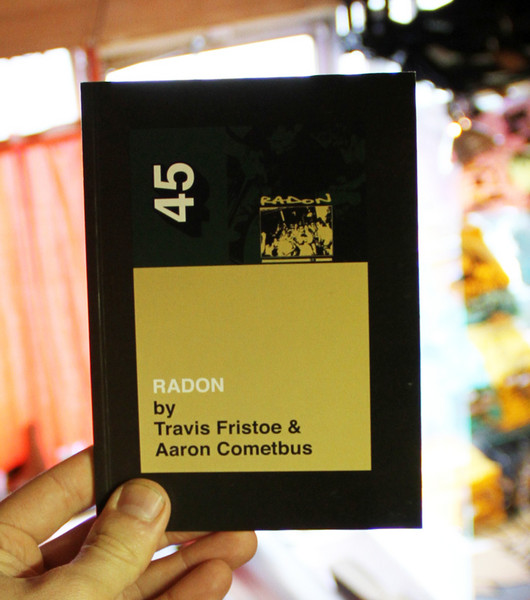 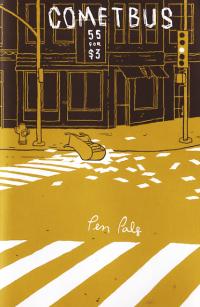 Art & Design
Mens Group: The Video by Ben Jones (Picturebox) $34.95 – Edited by Dan Nadel. . The last five years of work from this Paper Rad artist, on the theme of maleness: paintings, comics, drawings, products and videos, and is published on the occasion of the his solo exhibition, The Video, at the Museum of Contemporary Art, Los Angeles. 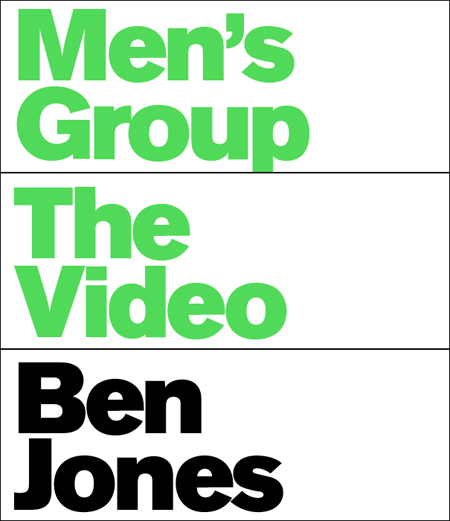 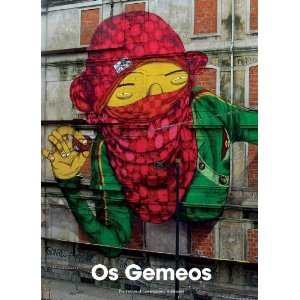 Mommys New Tattoo: A Bedtime Story for People by Levi Greenacres (Schiffer) $16.99 – A young lady takes a trip to a tattoo shop with her mother and finds out what happens inside, and why her mom would get a tattoo. Years later, old enough to get a tattoo of her own, the young lady considers the consequences of making a decision that won’t wash off. Based on the author’s true childhood story, the book portrays three Pacific Northwest tattooists: Vyvyn Lazonga, Katie Williams, and Ximena Quiroz. Fans of the tattoo central to the story will find that the cover can be used as a color reference, as well as the line art included on its own page to use either as a stencil, or page to color your own way. 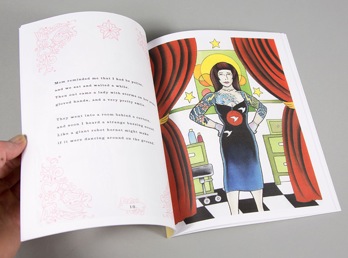 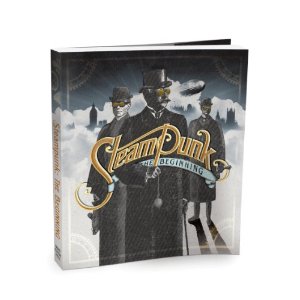 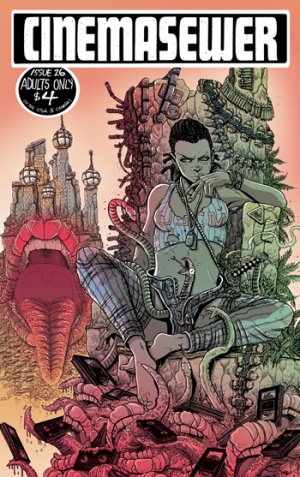 Kids
Toon Books, $4.99 each: Little Mouse Gets Ready by Jeff Smith, Silly Lilly and the Four Seasons by Agnes Rosenstiehl, Chick and Chickie Play All Day by Claude Ponti, Benny and Penny in the Toy Breaker by Geoffrey Hayes, Benjamin Bear in Fuzzy Thinking by Philippe Coudray.
Steampunk! Anthology of Fantastically Rich and Strange Stories by Kelly Link and Gavin J. Grant (Candlewick) $12.99 – A YA steampunk book. Now in affordable soft cover for when you exclaim “We can’t have nice things!” to the Dickensian street orphan in your life with fingerless gloves spilling their porridge on it.

Other Stuff
Hello Chicago Map: a Guide to the Usual (Herb Lester Associates), designed by Mike McQuade $6.00 – Well ain’t that just the cutest most design-y map ever? 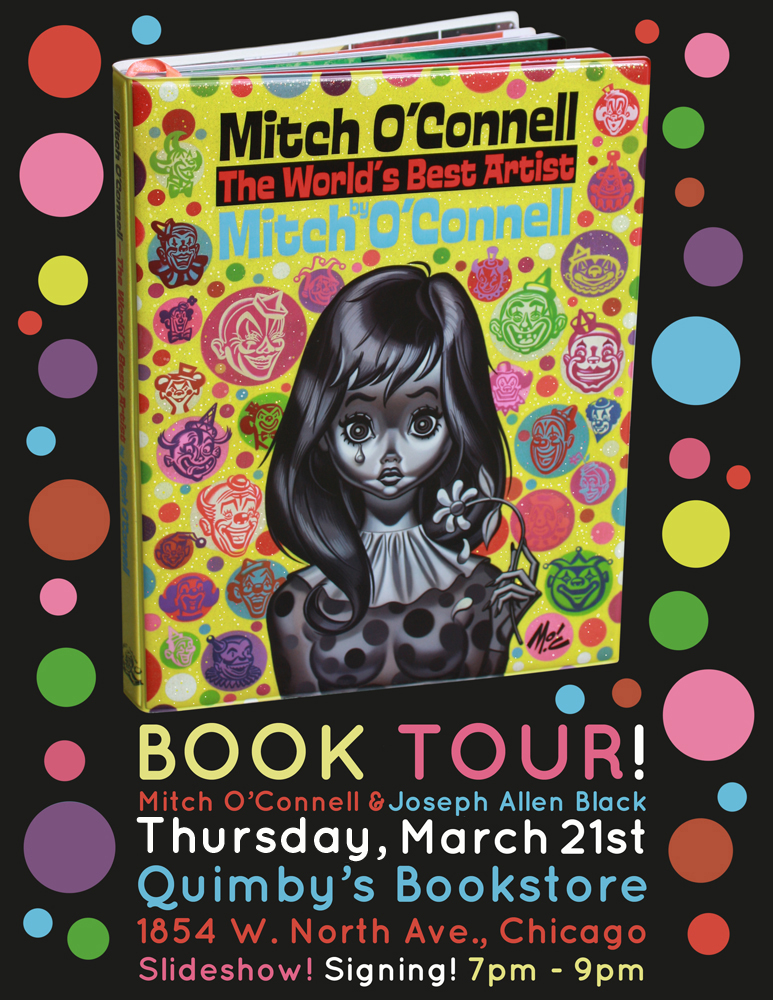 Humorous and masterful, Mitch O’Connell: the World’s Best Artist by Mitch O’Connell, (Last Gasp Publishing) is a career-spanning retrospective of work from the king of kitsch, Mitch O’Connell. This full-color, 284 page tome—resplendent with a foam-filled, vinyl, glitter-enhanced cover—collects all the good stuff (the crappy art is under lock and key) from this prolific pop artist. If you appreciate the finer things in life, such as beehives, boobs, and big-eyed kittens, you will not want to miss this book.

“I am stunned by how remarkably talented he is … I’ve been jealous of him for over 30 years!”-Mark Frauenfelder, Boing Boing

“What David Lynch might read to his kids at night! Great!” – Boston Globe

Mitch O’Connell’s work has been featured in such places as: Playboy, The New York Times, Rolling Stone, The New Yorker, GQ, Entertainment Weekly, Newsweek, and Juggs. He has made campaign art for Coke, McDonalds, KFC, Kelloggs, and more. His tattoo designs can be found on bodies belonging to people with impeccable taste the worldwide. His previous books include Mitch O’Connell Tattoos, Pwease Wuv Me, and Good Taste Gone Bad.

Mr. O’Connell will  be joined by the book’s designer Jospeh Allen Black. 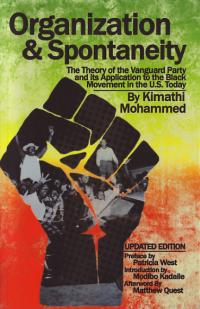 Organization and Spontaneity by Kimathi Mohammed (On Our OWn Authority) $15.00 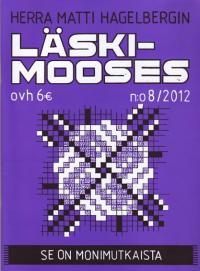 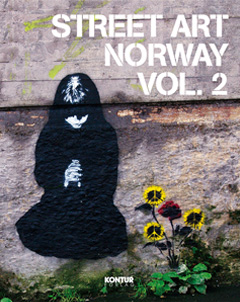 Other Stuff
Mike Watt Bobble Head $19.95
More Moleskine notebooks in a variety of sizes and colors. 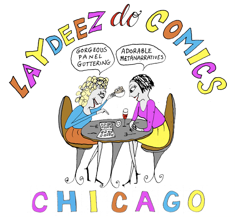 Laydeez Do Comics, London’s monthly comics salon founded by Nicola Streeten (Billy, Me, and You) and Sarah Lightman (The Book of Sarah, Graphic Details) has added to branches in Leeds and San Francisco by starting a branch in Chicago.

The first meeting was a smashing success and this one hopes to be as amazing!

Come hear comics creators speak about their work, their process, their plans, and whatever else they want to share with us.

February speakers will be:

For more info: laydeezdocomics.blogspot.com
and/or
comicnurse (at) mac (dot) com
As always, this event at Quimby’s is free.