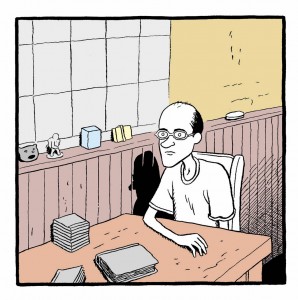 It’s tempting to call Chester Brown a recluse, but if you live in Toronto, he’s not. But it is rare for him to hit the road, and he will be on tour in 2011 for PAYING FOR IT. 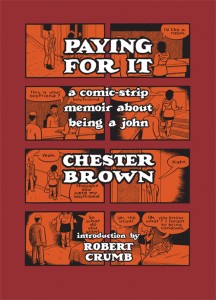 Chester Brown has never shied away from tackling controversial subjects in his work. As the cartoonist of the autobiographical The Playboy and the biography Louis Riel, Paying For It is a natural progression for Brown as it combines the personal and sexual aspects of his autobiographical work with the polemical drive of Louis Riel. Brown calmly lays out the facts of how he became not only a willing participant in but also a vocal proponent of one of the world’s most hot-button topics–prostitution. Paying For It offers an entirely contemporary exploration of sex work–from the timid john who rides his bike to meet his escorts, wonders how to tip so as not to offend, and reads Dan Savage for advice, to the modern-day transactions complete with online reviews, seemingly willing participants, and clean apartments devoid of cliches street corners, drugs, or primps.

Paying For It is a book that stands for itself and will be the most talked about graphic novel of 2011. In stores this May.

“PAYING FOR IT is a very enlightening book, as well as being entertaining…{Chester Brown} is a very skillfull artist in that way.”–R. CRUMB, from his introduction to PAYING FOR IT 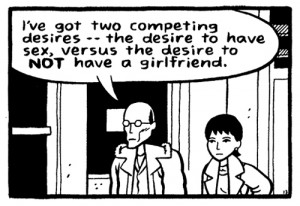 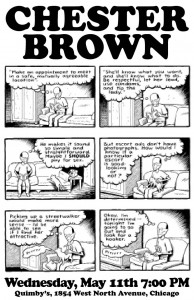 Tags: Chester Brown, Paying For It.
Logging In...