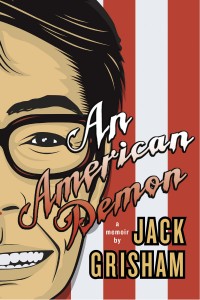 An American Demon is Jack Grisham’s story of depravity and redemption, terror and spiritual deliverance. While Grisham is best known as the raucous and provocative front man of the pioneer hardcore punk band TSOL (True Sounds of Liberty), his writing and true life experiences are physically and psychologically more complex and unsettling than those of Bret Easton Ellis and Chuck Palahniuk.

Eloquently disregarding the prefabricated formulas of the drunk–to–sober, bad–to–good tale, this is an entirely new kind of life lesson: summoned through both God and demons, while settling within eighties hardcore punk culture and its radical–to–the–core (and most assuredly non–evangelical) parables, Grisham leads us, cleverly, gorgeously, between temporal violence and bigger-picture spirituality toward something better. An American Demon flourishes on both extremes, as a scary hardcore punk memoir and as a valuable message to souls navigating through an overly materialistic and woefully self–absorbed “me first” modern society.

An American Demon conveys anger and truth within the perfect setting, using a youth rebellion that changed the world to open doors for this level of brash destruction. Told from the point of view of a seminal member of the American Punk movement — doused in violence, rebellion, alcoholism, drug abuse, and ending with beautiful lessons of sobriety and absolution — this book is as harrowing and life–affirming as anything you’re ever going to read.

Now in heavy demand as a public speaker, Jack Grisham currently receives thousands of monthly phone calls from individuals and organizations seeking his advice, expertise, wit, mentorship, and support, especially on drug and alcohol–related issues. Grisham is a master hypnotherapist and resides in Huntington Beach, California. He spends his time with his family, surfs, and voluntarily offers his services to his community. An American Demon is Grisham’s first book. 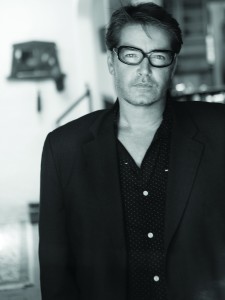 “If you’ve ever found yourself unable to turn away from witnessing an accident, crash or natural disaster, you’ll read An American Demon straight through, like I did.  Jack Grisham’s memoir is as original as it is horrifying.  I couldn’t put it down.”    — James Frey, bestselling author of A Million Little Pieces

“What isn’t shocking is that Jack wrote a fantastically depraved, heart wrenching, thoroughly engaging book that you’ll want to read in one sitting. What is shocking is that it wasn’t written from inside a jail cell at a maximum security prison.”     — Jim Lindberg, former lead singer of Pennywise, and author of Punk Rock Dad

“…the book is unnervingly brilliant, compulsive reading for those of us that are glad it’s all over.”
— Rat Scabies, musician.  Scabies played drums for the punk band The Damned.

“Jack Grisham is a legend to those in the know.  Much of the success of punk rock was built on the blood, sweat, and tears of this surf punk, Southern California mad man. After such a compelling read, it’s so nice to see him break on through to the other side…some weren’t so lucky…” — Mark McGrath, singer

“Jack Grisham finally, irrevocably, puts to death the slander that the early Los Angeles punk scene was ‘plastic.’ The first true literature to come out of our pathetic little punk lives, American Demon is haunting and awakens monsters. But it should come with a warning label: it’s a dangerous book. Read Patti Smith’s Just Kids. Then read this. But only if you have the courage to follow poetry as far as it can go.”— Paul Roessler, producer, composer, musician