Jay Wexler Reads from The Adventures of Ed Tuttle, Associate Justice, and Other Stories 3/30 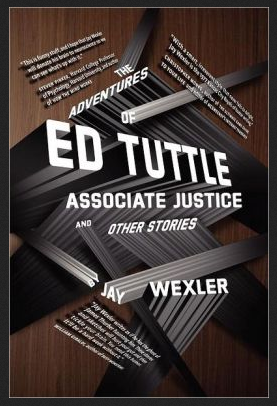 A zoo with only black and white animals. A camp where children are forced to gather clams or face a trip to the “hot box.” A Supreme Court Justice’s confirmation hearing presided over by the 1977 Kansas City Royals. The Adventures of Ed Tuttle, Associate Justice, and Other Stories transports the reader to these hilarious places and beyond. This is a world, according to Dan Kennedy, host of The Moth Storytelling Podcast, “where corporate cafeteria lunch servers blurt out Kierkegaard quotes to soften the hard luck of a low supply of the ‘lunch beans’ that two raging alcoholic white collar workers crave daily; a world where an HMO in-network dentist hovers over patients and instead of asking about their flossing habits or aches, asks what it is that they like best about him; a world where television sitcoms are set on death row. That’s nothing—that’s the tip of the iceberg.” These stories, illustrations, and other errata are as funny as they are strange, as wonderful as they are wacky.

“This is funny stuff, and I hope that Jay Wexler will donate his brain to neuroscience so we can see what’s up with it.” –Steven Pinker, author of How the Mind Works and The Blank Slate. 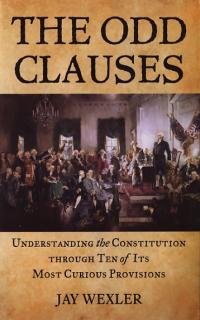 “For a variety of reasons, many of the Constitution’s more obscure passages never make it to any court and therefore never make headlines or even law school classrooms, which teach from judicial decisions. In this captivating and witty book, Jay Wexler draws on his extensive professional and educational backgrounds in constitutional law to demonstrate how these “odd clauses” have incredible relevance to our lives, our government’s structure, and the integrity of our democracy.”