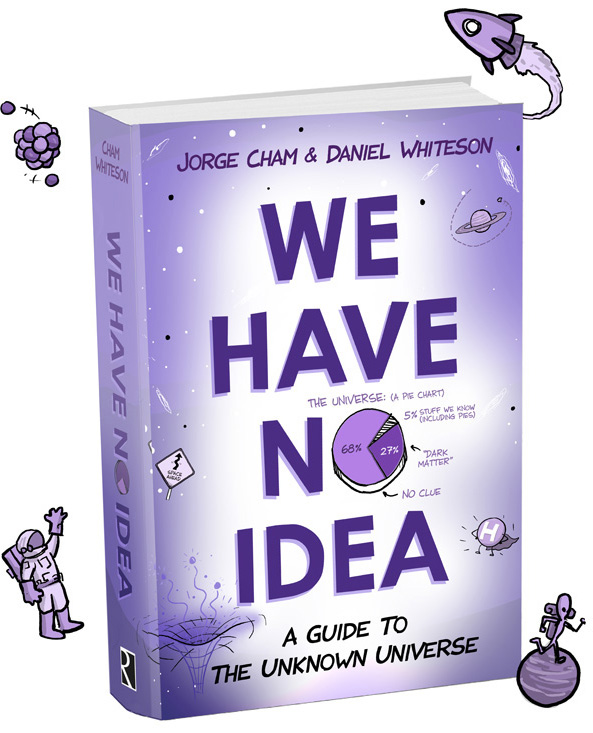 PHD Comics’ Jorge Cham and particle physicist Daniel Whiteson are experts at explaining things. Together they bring that expertise to a book about all the things we don’t know about the universe: WE HAVE NO IDEA: A GUIDE TO THE UNKNOWN UNIVERSE (Riverhead Books). You can think of WE HAVE NO IDEA as a handy guide the universe’s biggest unknowns. Cham and Whiteson have teamed up to spelunk through the enormous gaps in our cosmic knowledge armed with their popular infographics, cartoons, and highly entertaining and lucid explanations of science to explore some of the biggest unknowns in the universe. Why does the universe have a speed limit? What (or who) is attacking earth with tiny, super-fast particles? What exactly is Dark Matter? And for that matter…what is matter?

A delightful combination of comedy and cosmology that is as charming as it is informative.
—Zach Weinersmith, creator of Saturday Morning Breakfast Cereal

“Accessible and hilarious (the two best things it is possible for a book to be), We Have No Idea not only explores WHAT we don’t know, but WHY we don’t know it.  You’d think that’d be plenty, but Cham and Whiteson also provide the most credible and up-to-date scientific explanations as to what some of the answers to these huge (and hugely important) questions might possibly be, PLUS puns.”
—Ryan North, author of Romeo and/or Juliet and To Be or Not To Be

In WE HAVE NO IDEA, Cham & Whiteson explore why a vast portion of our universe is still a mystery, and what a lot of smart people are doing to understand it. Along the way, and with over 400 incredible, original illustrations, they illuminate everything from quarks and neutrinos to gravitational waves and exploding black holes.

You may recognize Cham and Whiteson from their video about gravitational waves that went viral earlier this year, or from their individual careers. Jorge Cham is the creator of the popular online comic Piled Higher and Deeper, popularly known as PHD Comics and earned his PhD in robotics at Stanford. Daniel Whiteson is a professor of experimental particle physics at the University of California, Irvine, and a fellow of the American Physical Society. He conducts research using the Large Hadron Collider at CERN. 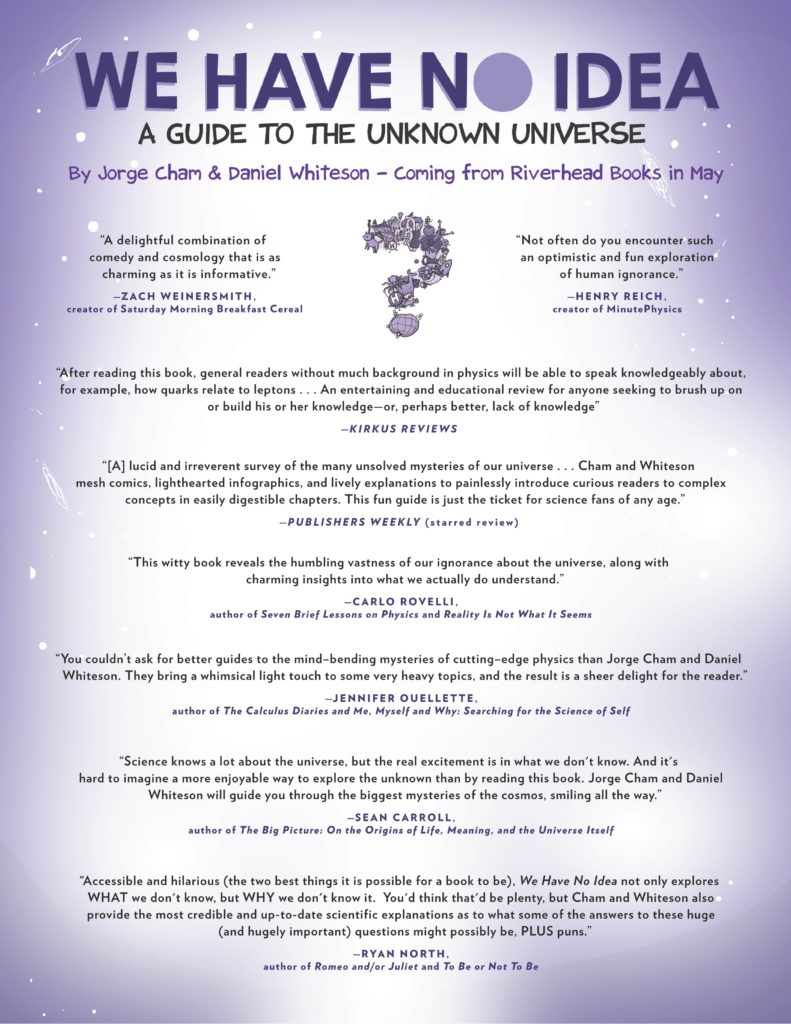 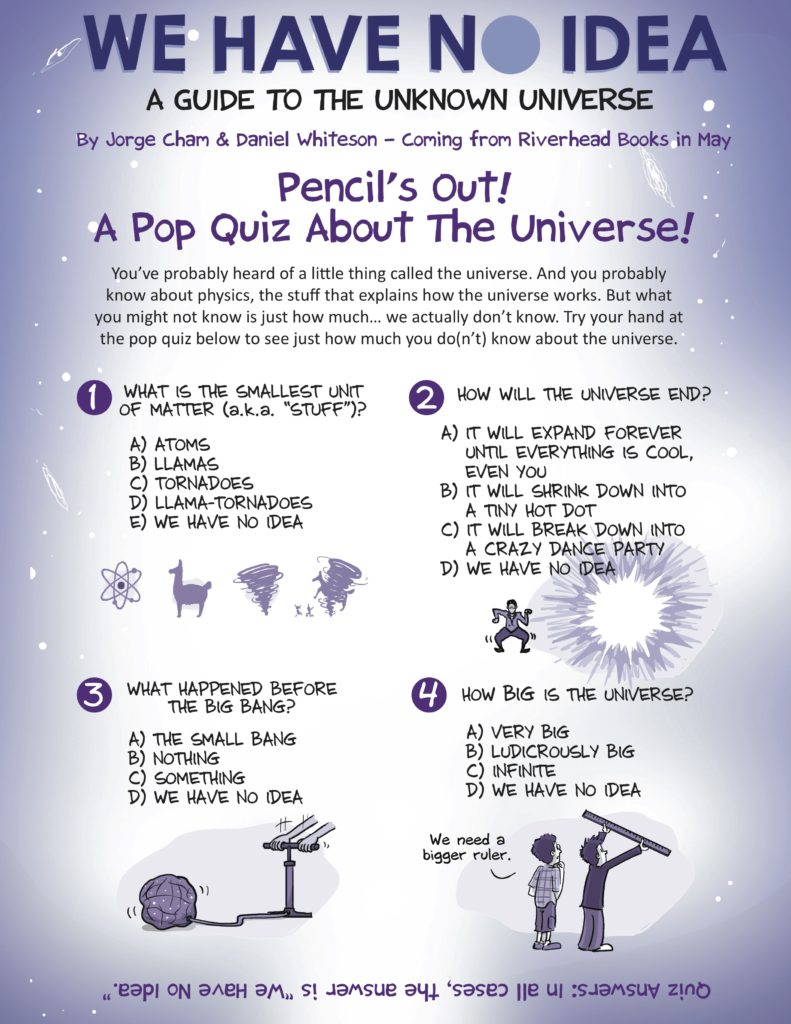