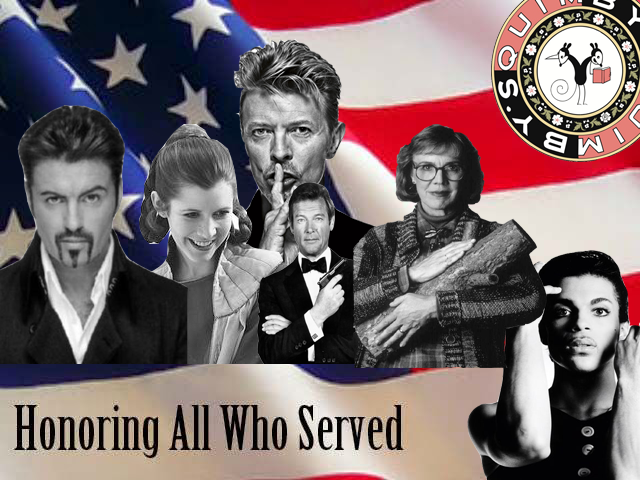 Namaste Motherfucker #5 Help Me Break Even by Ben Terrall $5.00

On Quitting: Tips for Kicking Alcohol by Elly Blue (Microcosm) $4.00

Country Mouse In the Windy City a Diary Comic by Anna Lisa Schneider $3.00

One More Year by Simon Hanselmann (Fantagraphics) $24.99 – The continuing stories of a stoner witch, a cat, an owl, and a werewolf.

To Have and To Hold by Graham Chaffee (Fantagraphics) $24.99

On The Camino by Jason (Fantagraphics) $24.99 – Northwestern Spain, observed with the eye of an artist, in Jason’s first full-length graphic memoir about his experiences walking a 500-mile pilgrimage for his 50th birthday. Also, Fantagraphics reprinted a few of Jason’s books that haven’t been available since 2014: Lost Cat $16.99, I Killed Adolf Hitler $16.99.

Dig If You Will the Picture: Funk, Sex, God and Genius in the Music of Prince by Ben Greenman $28.00

Shake It Up: Best American Writing on Rock and Pop from Elvis to Jay Z, ed. by Jonathan Lethem & Kevin Dettmar $40.00

The World is a Beautiful Place and Now I’m in the Mood by Leor Galil and Sarah Joyce $13.00

The Little Book of Life Hacks: How to Make Your Life Happier, Healthier, and More Beautiful by Yumi Sakugawa $19.99

Who Rules the World? by Noam Chomsky $18.00 – Now in soft cover. In an incisive, thorough analysis of the current international situation, Noam Chomsky examines the way that the United States, despite the rise of Europe and Asia, still largely sets the terms of global discourse.

“You’re in the Wrong Bathroom!”: And 20 Other Myths and Misconceptions About Transgender and Gender-Nonconforming People by Laura Erickson-Schroth & Laura A. Jacobs $16.00

Aliens: The World’s Leading Scientists on the Search for Extraterrestrial Life by Jim Al-Khalili $25.00

We Are Never Meeting in Real Life.: Essays by Samantha Irby $15.95 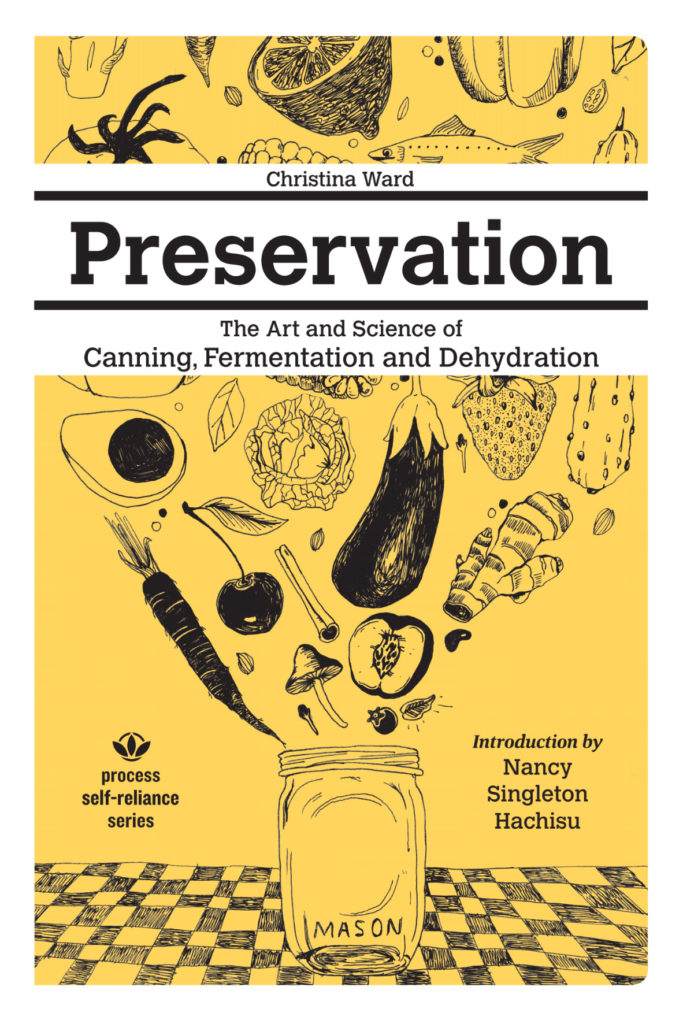 Christina Ward is a Master Food Preserver and doesn’t want you to kill Aunt Edna with a jar of pickles.  Her book, Preservation: The Art and Science of Canning, Fermentation and Dehydration (Process Media, Inc.) explains the science, the concepts, and techniques that will help me make delicious and nutritious foods. (And keep Aunt Edna alive.)

She’ll talk about food preservation history, how women were left out of that history, and the cutting-edge research about our gut biomes. She’ll also share the secret to consistent food safety. (Spoiler: wash your damn hands.) Come for the door prizes, stay for the science!

“Between the understandable yet solid science, and the direct, no-nonsense, yet delicious-sounding recipes, it is without hesitation that I encourage you to read this book from cover to cover.”  –Nancy Singleton Hachisu, James Beard nominated writer of Preserving the Japanese Way and Japanese Farm Food

Christina Ward’s work has been featured in The Milwaukee Journal/Sentinel, Remedy Quarterly, Edible Milwaukee, Serious Eats, The Runcible Spoon, and more. She has been featured on podcasts and radio shows such as Central Time (WPR) and Arts & Seizures (Heritage Radio).

Pain You Can Choose by Woodie Borre $5.00

We Are Not Alone Beings and Creatures from Somewhere Else by Brett Manning $20.00

comics by by Tedd Anderson, $2.00 each:
How to Draw Your Sadness
Gracious People You Feel and It’s OK
Sundial Awhile
various issues of both Campaign Slogans & Little Monsters

Everything is Flammable by Gabrielle Bell (Uncivilized) $25.95 – See the artist here at Quimby’s on the Friday night of CAKE!

Rise of the Dungeon Master: Gary Gygax and the Creation of D&D by David Kushner and Koren Shadmi $16.99

The Smile Stealers: The Fine and Foul Art of Dentistry by Richard Barnett $35.00 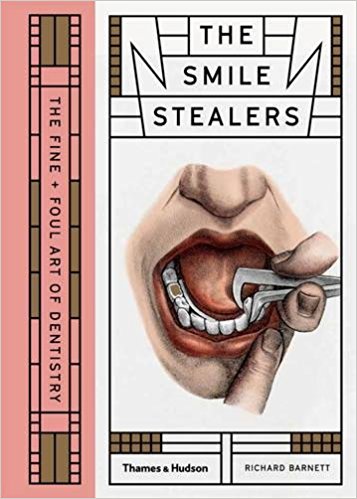 The Politicians and the Egalitarians: The Hidden History of American Politics by Sean Wilentz $16.95

Whistleblower at the CIA: An Insider’s Account of the Politics of Intelligence by Melvin Goodman (City Lights) $19.95

2 Chuck Klosterman titles:
X: A Highly Specific, Defiantly Incomplete History of the Early 21st Century $27.00
But What If We’re Wrong?: Thinking About the Present As If It Were the Past $16.00 – Now in soft cover.

Things to Do When You’re Goth in the Country: And Other Stories by Chavisa Woods $23.95

Erin Osmon Reads From Jason Molina: Riding with the Ghost & Hosts a Q&A with members of Songs: Ohia 6/17 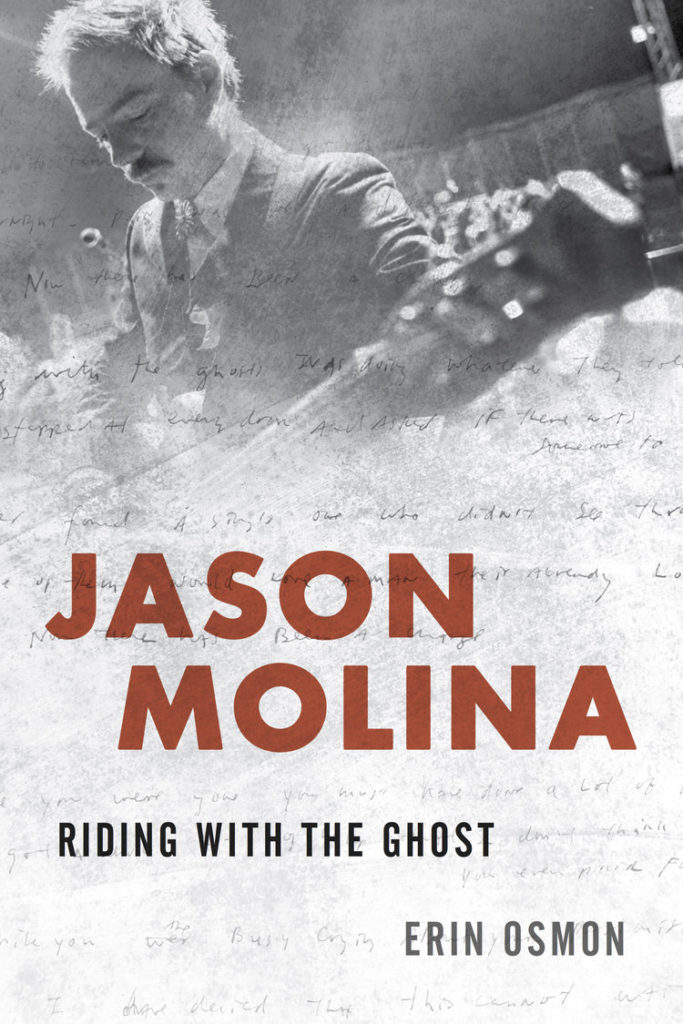 In Jason Molina: Riding with the Ghost (Rowman & Littlefield), author Erin Osmon presents an intensely researched, yet human account of the Rust Belt-born musician Jason Molina. The songwriting giant behind the bands Songs: Ohia and Magnolia Electric Co. had a knack for spinning tales, from the many personal myths he created and cultivated throughout this life, to the volumes of oblique poems and working man ballads he penned and performed. With the help of Molina’s family, friends and record label, Osmon details Molina’s trials and triumphs, from his earliest days as a trailer park kid in Lorain, Ohio, though his extensive world touring and his last days as a struggling artist addicted to alcohol. As the first authorized account of the prolific musician, Jason Molina: Riding with the Ghost provides readers with unparalleled insight into Molina’s life and the Midwest underground that supported his meteoric rise.

“In Jason Molina: Riding with the Ghost, Erin Osmon gives us a riveting biography not only of a great musician whose work deserves to be much wider known, but a well-rounded portrait of a fascinating human being, as well as a glimpse into the creative process. It’s a ride well worth taking.”—Jim DeRogatis, co-host, Sound Opinions, author, Let It Blurt: The Life and Times of Lester Bangs

Erin Osmon is a Chicago-based writer who covers music and culture. Her work has appeared in dozens of local and national publications like the Chicago Tribune and SPIN. She also writes liner notes for deluxe reissues of historic albums. For more info: erinosmon.com

Invite your friends with this handy Facebook Event Invite!

Suggested listening to The Magnolia Electric Co., the seventh regular and final album by Songs: Ohia here on Spotify here!

Miss the New Stuff Post last week? That’s because we were tabling at Chicago Zine Fest! A long-arm stapler thanks to Chicago Zine Fest, as well as everybody that came and visited us there, and especially to folks that came to “Ever Evolving Bastion of Freakdom: A Quimby’s Panel.” We are over the moon with what a great job CZF co-organizer Alex Nall did with moderating!

Dress: A Perzine About Gender by Molly Russell $2.00

Plants are Nice by Mikie Poland $9.00

God in a Bottle by Frank Kwiatkowski $5.00 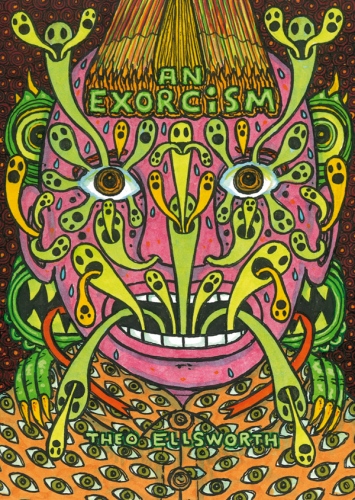 I Love You So Matcha by Junkyard Elliott $5.00

Less Than One Hundred Forty #1 The Case Against Fame Exhibit by Daniel Hawley $6.00

A whole awesome mess of graphic novels from Koyama Press!:
So Pretty / Very Rotten: Comics and Essays on Lolita Fashion and Cute Culture by Jane Mai and An Nguyen $18.00
You & a Bike & a Road by Eleanor Davis $12.00 – In 2016, acclaimed cartoonist and illustrator Eleanor Davis documented her cross-country bike tour as it happened.
Volcano Trash: A Double Plus Adventure by Ben Sears $12.00
Condo Heartbreak Disco by Eric Kostiuk Williams $10.00
Crawl Space by Jesse Jacobs $19.95 – In the basement, through the appliances and past the veil that separates realities, lies a rainbow-hued world where a group of kids have found retreat from their suburban mundanity with a coterie of iridescent creatures. But in the fraught realm of adolescence, can friendship survive the appeal of the surreal?

Revival: Resurrecting the Process Church of the Final Judgement (Feral House) by William Sims Bainbridge $23.00 – Before the first page of this book, the computer magician who resurrected the Process Church was murdered. Was this man Christ? 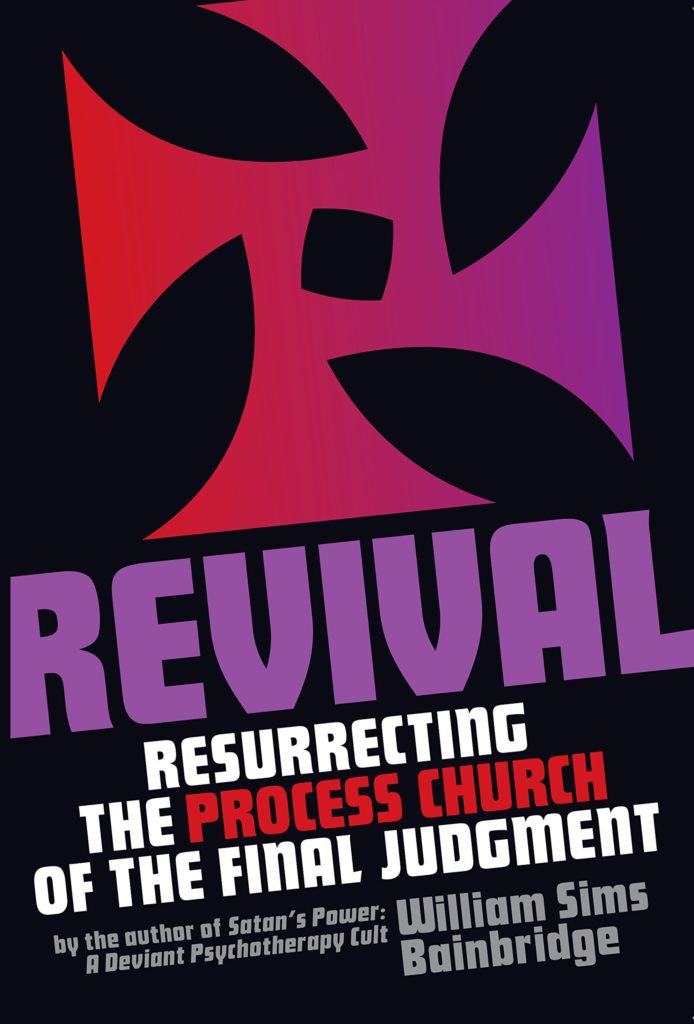 Einstein’s Beets by Alexander Theroux (Fantagraphics) $34.99 – A study of the world of food and food aversions! Gossip, confession, embarrassment, and perceptive observations!

We Have No Idea: A Guide to the Unknown Universe by Jorge Cham and Daniel Whiteson $28.00 – Don’t miss Cham & Whiteson here to talk about what they don’t know on Thursday, May 18th!

Which Cult Should I Join?: A Choose-Your-Own Guidebook for the Spiritually Bereft by Jo Stewart $12.95

Three Month Fever: The Andrew Cunanan Story by Gary Indiana (Semiotext(e)/Native Agents) $15.95 – “America loves a successful sociopath,” Indiana explains in this sardonic and artful reconstruction of the brief life of the party boy who became a media sensation for shooting Gianni Versace.

Phenomena: The Secret History of the U.S. Government’s Investigations into Extrasensory Perception and Psychokinesis by Annie Jacobsen $28.00

Not a Scientist: How Politicians Mistake, Misrepresent, and Utterly Mangle Science by Dave Levitan $15.95

The United States of Absurdity: Untold Stories from American History by Dave Anthony and Gareth Reynolds $14.99

The Trouble with Reality: A Rumination on Moral Panic in Our Time by Brooke Gladstone $8.95

Reassessing the Transnational Turn: Scales of Analysis in Anarchist and Syndicalist Studies by Constance Bantman and Bert Altena (PM Press) $24.95

Moral Injury and Nonviolent Resistance: Breaking the Cycle of Violence in the Military and Behind Bars by Alice Lynd and Staughton Lynd (PM Press) $17.95

Motörhead: In the Studio by Jake Brown and Lemmy Kilmister $15.95

Pinkeye Alley: Tales of Discomfort and Woe by Michelle Wong $7.00