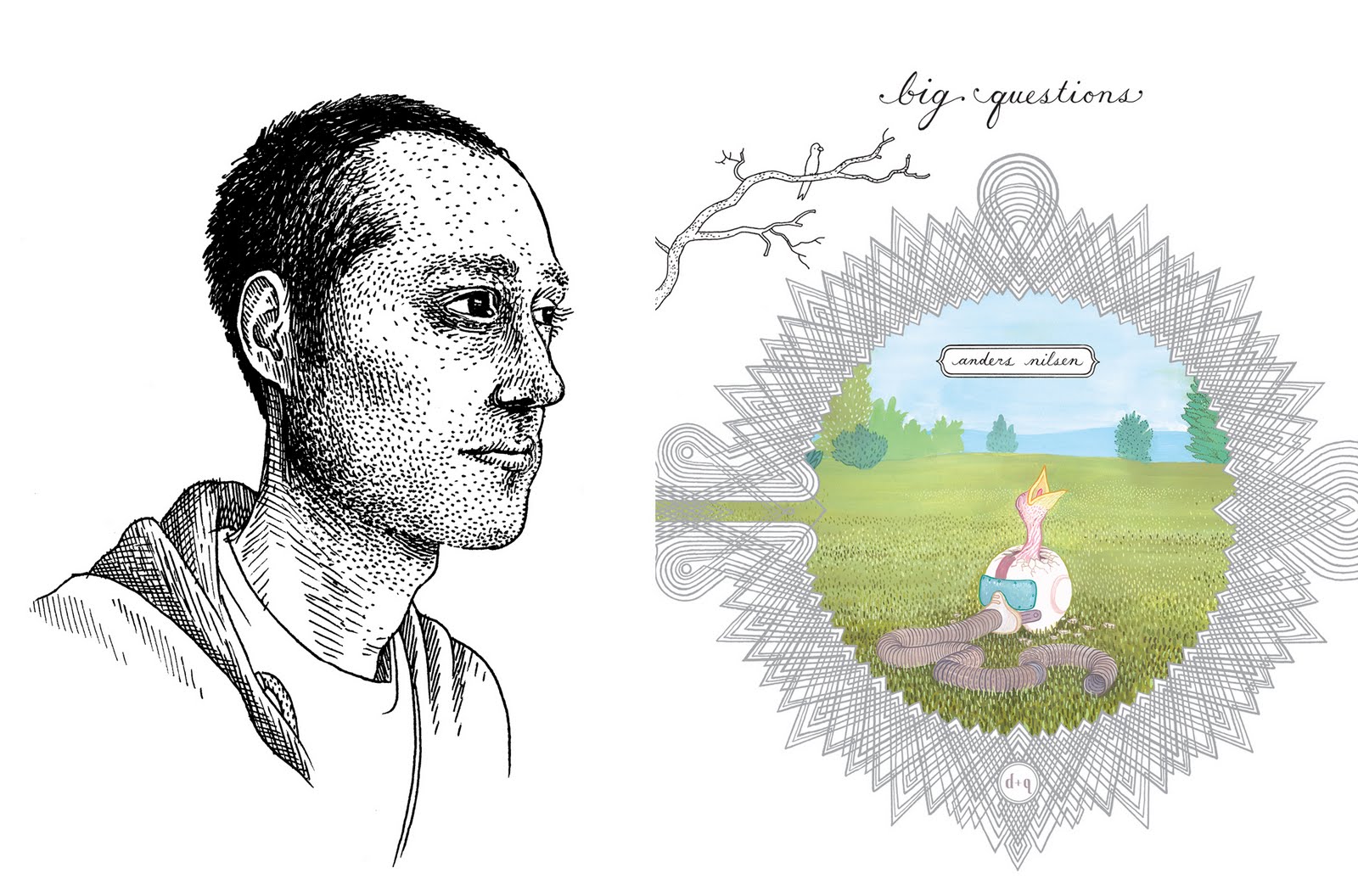 Anders Nilsen’s graphic novel collection of Big Questions is coming out, and we’re going to celebrate with him at Lula Cafe on August 30th at 7pm.

A haunting postmodern fable, Big Questions is the magnum opus of Anders Nilsen, one of the brightest and most talented young cartoonists working today. This beautiful and minimalist story, collected here for the first time, is the culmination of ten years and over 600 pages of work that details the metaphysical quandaries of the occupants of an endless plain, existing somewhere between a dream and a Russian steppe. A downed plane is thought to be a bird and the unexploded bomb that came from it is mistaken for a giant egg by the group of birds whose lives the story follows. The indifferent and stranded pilot is of great interest to the birds–some doggedly seek his approval, while others do quite the opposite, leading to tensions in the group. Nilsen seamlessly moves from humor to heartbreak. His distinctive, detailed line work is paired with plentiful white space and large, often frameless panels, conveying an ineffable sense of vulnerability and openness.

Big Questions has roots in classic fable–the story’s birds and snakes have more to say than their human counterparts and there are hints of the classic hero’s journey, but the easy moral that closes most fables is left here as open and ambiguous. Rather than lending its world meaning, Nilsen’s parable lets the questions wander out to go where they will.

Anders will be joined by John Porcellino of King-Cat Comics and Stories, and local fiction writer Kyle Beachy (The Slide) and Zak Sally (Like a Dog Recidivist, former bassist of Low, editor of La Mano Press).

Please note that this event is NOT AT QUIMBY’S!