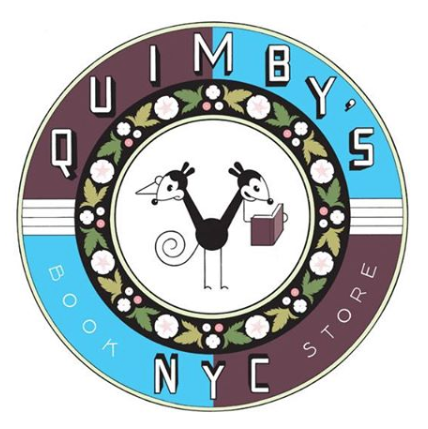 You know there’s a Quimby’s in Brooklyn, right? Quimby’s Bookstore NYC is at 536 Metropolitan Ave, Brooklyn. Check out some events there this July!

July 8th, 5-8pm – Third Anthropomorphic Insect Diorama Workshop/Anthropomorphic Beetle Diorama Class
** TICKETS MUST BE PURCHASED IN ADVANCE** (so they know how many beetles to bring!)
Rhinoceros beetles: nature’s tiny giants. Adorable, with their giant heads and tiny legs, and wonderful antler-like protrusions. If you think they would be even more adorable drinking tiny beers and holding tiny fishing poles, this is the perfect class for you!Students will learn to make–and leave with their own!–shadowbox dioramas featuring carefully positioned beetles doing nearly anything you can imagine. An assortment of miniature furniture, paper, paints, and foods will be made available to decorate your habitat, but students are STRONGLY encouraged to bring any dollhouse props they would like to use. 1:18 scale is generally best. Beetles stand about 3″ when posed upright like people. Each student will receive one beetle and one shadowbox in addition to materials as mentioned above and all supplies needed to pose and attach the shadowbox items. Daisy Tainton was Senior Insect Preparator at the American Museum of Natural History, then became a curatorial assistant, and has been working with insects professionally for several years. Eventually her fascination with insects and love of miniature items naturally came together, resulting in cute and ridiculous museum-inspired yet utterly unrealistic dioramas. Beetles at the dentist? Beetles eating pie and knitting sweaters? Even beetles on the toilet? Why not?
July 14th 2-7pm – Quimby’s NYC at the Pete’s Candy Zine Fest
July 22nd, 7pm- International Zine Month Zinester Reading, readers TBA

These events are at Quimby’s Bookstore NYC, not the Quimby’s in Chicago! 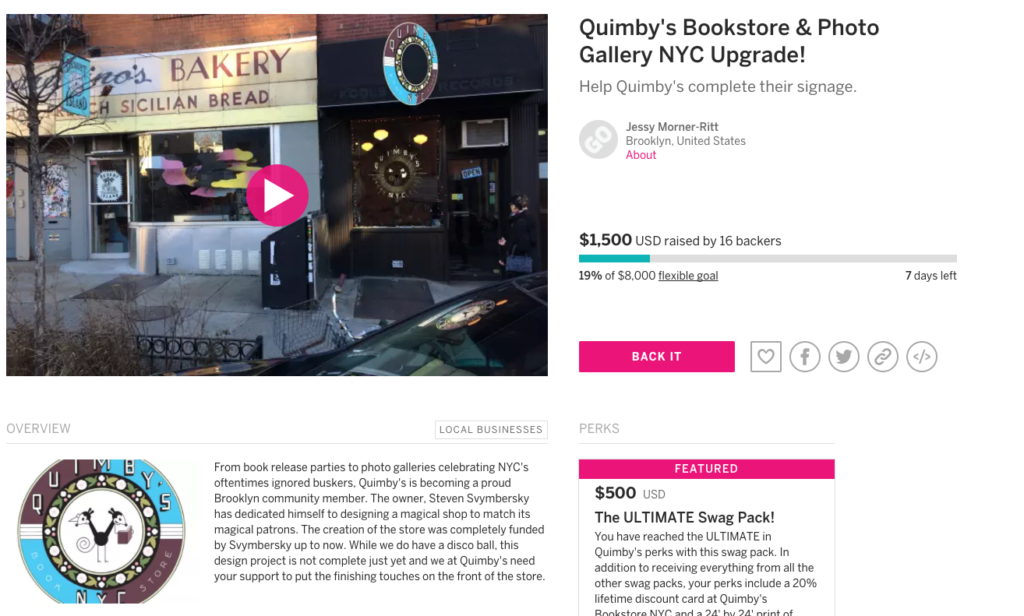 Help the awesome Steven Svymbersky pay for custom-made, hand-painted Chris Ware signs to be displayed outside Quimby’s Bookstore NYC! It’ll look so great, you’ll help pay for it, and you’ll get cool swag. Also, did we mention there will be gold-leaf rays, a “donut-shaped” sign, and a “fake” sign on the building over the window that advertising Svymbersky’s Cabinetry and Conveyance? Oh yes. Indie-Go-Go campaign here.

“From book release parties to photo galleries celebrating NYC’s oftentimes ignored buskers, Quimby’s is becoming a proud Brooklyn community member. The owner, Steven Svymbersky has dedicated himself to designing a magical shop to match its magical patrons. The creation of the store was completely funded by Svymbersky up to now. While we do have a disco ball, this design project is not complete just yet and we at Quimby’s need your support to put the finishing touches on the front of the store.” 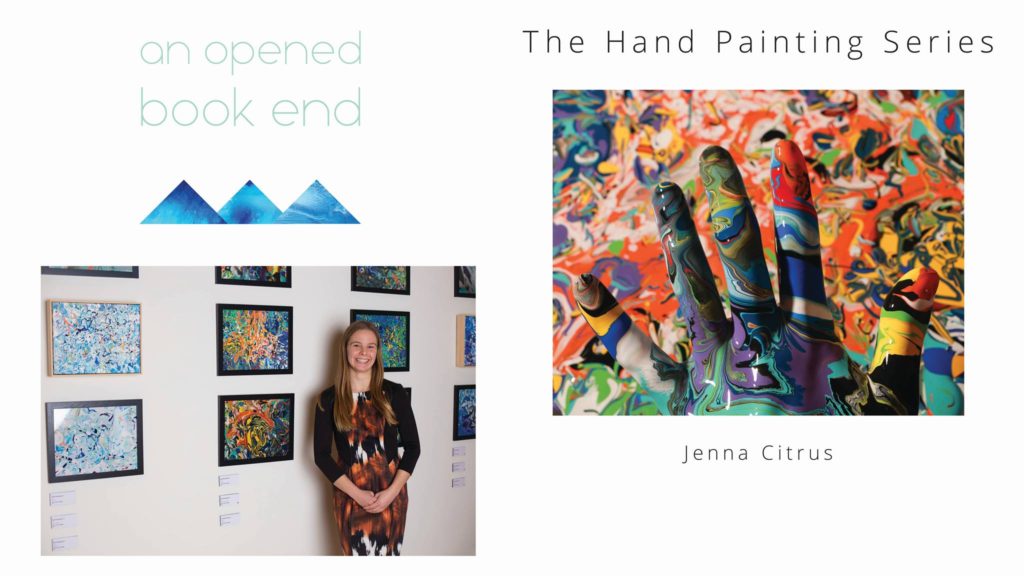 Jenna Citrus is traveling to Quimby’s in Brooklyn, New York to release two new books: The Hand Painting Series and An Opened Book End on Sat, April 8th at 2pm.

According to the artist:

“The Hand Painting Series showcases a selection of the best images from my hand paintings. I worked with a variety of individuals to create three finished pieces: a photograph of their hand, a completed 11×14 canvas painting, then a digitally created pattern for use on clothing or other surface design pieces. These images are exhibited in this full color book with over 40 images from the series.”

An Opened Book End weaves a fabric of dreamlike streams into fragmented realities. Pursuing memories from the past and turning experience into verse, Jenna Citrus recounts her years from 15 to 22. Allusive references are made to relationships, trust, heartbreak, family, technology, women, art, culture, creativity, society, inner being, sexuality, and culture’s influence on current existence through internal thought and reflection.

Jenna Citrus has always been a hands-on type of painter. When she first started creating her painted designs in 2007, she rarely used brushes. Instead she used her fingers, palms, and sometimes pallet knives. As her work progressed, she found herself pulled toward splattering paint from the paint that pooled in the palm of her hands, creating mixes of colors that were pure and bold. Citrus has worked in a variety of media including graphic art, photography, and portraiture. Jenna wanted to find a way to incorporate the process of how the hands could sometimes be more of a masterpiece than the canvas they were working on. She created a series of images utilizing hands as her canvas. From the age of 10, Jenna enjoyed writing short stories, around 14 her interests shifted to poetry and painting, in a few years she added photography to her craft. She graduated from the University of Southern Indiana in 2015 then was awarded the Efroymson Bridge Year Fellowship in 2016. She is currently working as a full time creator.

To see a preview of the books, check out her Kickstarter.

Here’s the link for the Facebook invite for this event! 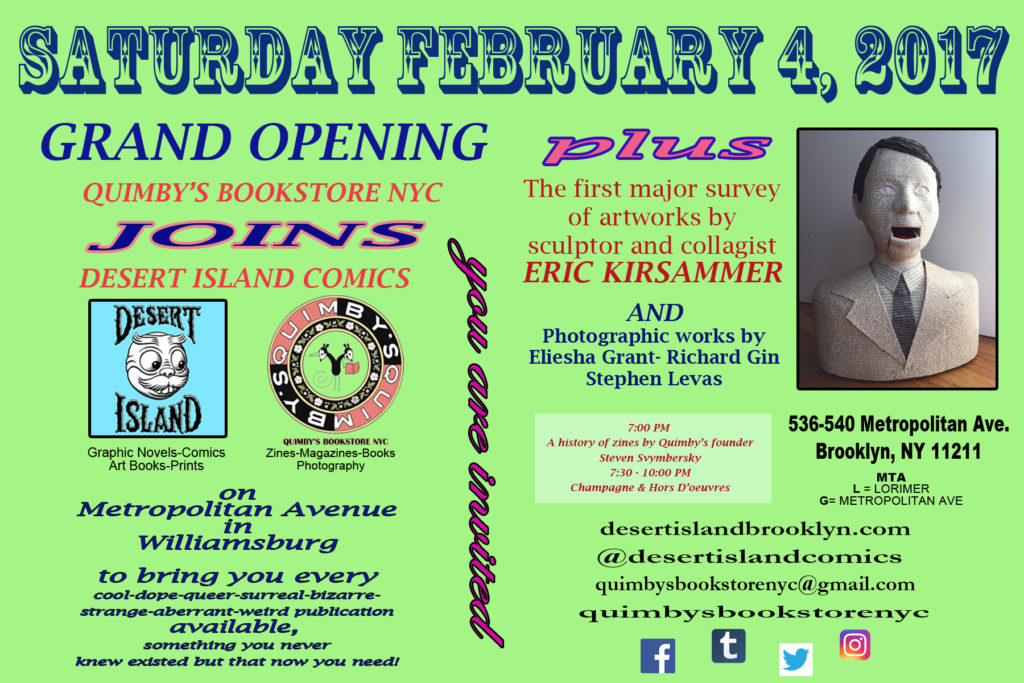 At 7:00 PM, Steven Svymbersky will give a short slide show talk on the history of zines followed by champagne and hors d’oeuvres.

This event is also the opening for the first major survey of works by sculptor and collage artist, Eric Kirsammer.

Before I open the doors for the first time I want to give a huge Thank You to Gabe Fowler at Desert Island Comics. Thanks for all the help, the warm welcome and having faith in me! #desertislandcomics #bestcomicsstoreinnewyork

Wanna consign stuff? Here’s a link to the consignment form as well as what Quimby’s Bookstore NYC will and won’t take.