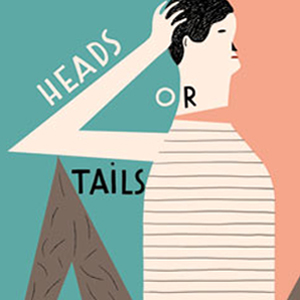 Heads or Tails Stories by Lilli Carré (fantagraphics) $22.99 – Poetic short fiction pieces from an artist Chicago is proud to call its own.

DIY
Vegan Eats World: 300 International Recipes for Savoring the Planet by Terry Hope Romero (Da Capo) $35.00 – From the co-author of the Veganomicon.

Drug-Related Books
Ganja Millioaire: Opportunities in the Hemp and Medical Marijuana Industries by Kenwa Jabuki $18.99 – Who says you need a resume to get a well paying job?

Mayhem, Miscreants, Memoirs, Music & Misc
Evidence of the Gods: A Visual Tour of Alien Influence in the Ancient World Erich Von Daniken (New Page) $19.99 – From the author of Chariot of the Gods. You know we evolved from aliens, or at least our technology did, right?
In The Seventies : Adventures in the Counter-Culture by Barry Miles (Serpent Tail) $19.95 – Memoir from the co-owner of the Indica Gallery and helped start the International Times (and wrote the book London Calling). This book challenges modern perceptions of the decade with great anecdotes featuring an extraordinary cast of characters, from Allen Ginsberg to Richard Hell, Leonard Cohen to Brian Eno.

Childrens
Hang Glider and Mud Mask by Jason Jagel and Brian McMullen (McSweeneys) $14.95
Hereville: How Mirka Met a Meteorite by Barry Deutsch $16.95
All The Wrong Questions: Who Could That Be at This Hour? by Lemony Snicket and Seth $15.99 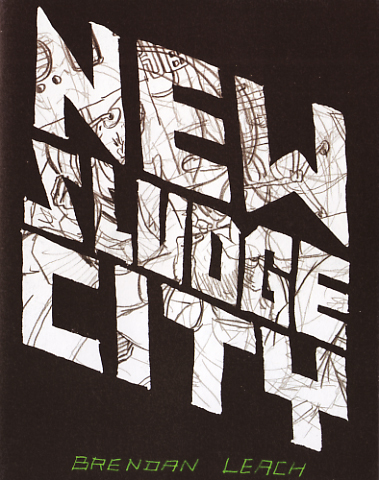 New Sludge City by Brendan Leach (Retrofit) $5.00 – Body flip sci-fi in an assured pencil line, Leach’s New Sludge City does a lot with layers of implication. Interesting and composed, I think there’s a kinship here to the immediacy and structure of Dash Shaw’s work. -EF

Fiction
Stir It Up: The CIA Targets Jamaica, Bob Marley and the Progressive Manley Government: A Novel by David Dusty Cupples $14.99
Angel Esmeralda Nine Stories by Don DeLillo $15.00
And So It Goes: Kurt Vonnegut a Life by Charles J. Sheilds $16.99 – Now in soft cover.

Mayhem, Miscreants, Memoirs, Music & Misc
You’re Not Doing It Right: Tales of Marriage, Sex, Death and Other Humiliations by Michael ian Black $15.00
ConspiracyGeek: Collected Writings and Interviews by Joan D’Arc $19.95
Coal to Diamonds by Beth Ditto (with Michelle Tea) $22.00 – Memoir from Beth Ditto of The Gossip.
We Killed: The Rise of Women in American Comedy: A Very Oral History by Yael Kohen $27.00
Fear and Loathing At Rolling Stone: The Essential Writing of Hunter S. Thompson $18.00
Makeup to Breakup: My Life In and Out of KISS by Peter Criss $26.00 – Open to any page. There is a debate about what drug is being consummed. -LM
Medusas Gaze and Vampires Bite: The Science of Monsters by Matt Kaplan $26.00

Other Stuff
Jaws Peanuts Poster $15.00
More Build Your Own Postcards!!!

Scott Jacobs on The Once and Future Bucktown 11/15 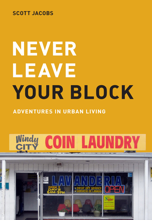 In Scott Jacobs’ new book Never Leave Your Block (Dead Tree Press), Bucktown is the setting for 33 stories about life in Chicago’s fabled blue collar neighborhood. Jacobs recounts his first years living in Bucktown in 1974 as well as more modern adventures in a fast-gentrifying community. He spends a season with the players in the Holstein Park adult basketball league, goes gambling with the Bucktown Seniors at an Indiana casino, visits Bucktown’s barbershops and Laundromats and delves into the mystery of how Chicago collects its garbage, plows its streets and chooses its St. Patrick’s Day Queen. On this special evening, he will read excerpts from Never Leave Your Block and talk about whether Bucktown’s best days are over.

“I’ve covered Chicago for almost 50 years, and every time I want to know what people are really thinking and doing in the neighborhoods, I turn to Scott.”      – Bill Kurtis

Scott Jacobs is a Chicago writer and filmmaker whose work has appeared in the Chicago Sun-Times, Slate and The Week Behind. Under the pen name Stump Connolly, he has produced three books about the presidential campaigns of 1996, 2004 and 2008. His DVD collections Road to The Presidency: Inside The Clinton Campaign (1992) and True Life Video Stories (2000) ­ are also available at Quimby’s. For more info visit www.deadtreepress.com.

As part of a global event series, Granta is coming to Chicago to launch The Best of Young Brazilian Novelists. Visiting Brazilian authors Cristhiano Aguiar, Miguel del Castillo and current Chicago-local Chico Mattoso will join Granta editor John Freeman to read from and explore their first works translated into English. From the story of a family marked by guerilla resistance to the military dictatorship in Uruguay to the memory of lost love to a man whose ennui drives him to check out of his life by checking into a hotel, these are the bold, cosmopolitan new voices of Brazil. Granta 121: The Best of Young Brazilian Novelists is the English-language edition of the best-selling collection from Granta em portugues, Granta’s Brazilian partner.

‘Here are Jorge Amado’s vibrant offspring; proof that one of the great pleasures of reading is finding the unexpected, the voices we didn’t even know we needed,’ says Freeman.

Chico Mattoso is currently studying screenwriting at Northwestern, is the author of two novels and has worked as a magazine editor and journalist. Writer and essayist Cristhiano Aguiar is a visiting researcher at UC Berkeley and was the editor of two experimental Brazilian literary magazines. Once an architecture student and editor of Noz architecture magazine, Miguel del Castillo is a prize-winning author who also works as an editor at Cosac Naify publishing house. 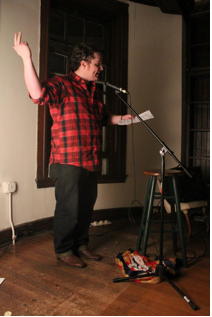 Queer literary showcase All The Writers I Know will be hosting a night of spoken word performances titled “Things Already Said” about influences in queer art and life on November 17th. Co-produced by Patrick Gill and Mar Curran, ATWIK strives to showcase local queer spoken word talent in an all-ages setting.

“Our goal is to bring queer artists together in a space that is safe for them to share their work and also affirming of their queerness,” Gill (pictured) said. Curran added, “We hope that exploring who has influenced their poetry, spoken word, storytelling, or fiction will be a way for our performers to celebrate who they’ve become. We want the audience to see it as both an homage to those before us and a love letter to who they have developed into.”

Hosting the event is Curran, known for performing his poetry at local showcases such as Word Is Out and Homolatte, in addition to writing for In Our Words blog. Featured performers include H. Melt, Ali Scott, and Jayson Brooks; three other performers will be announced before the showcase.