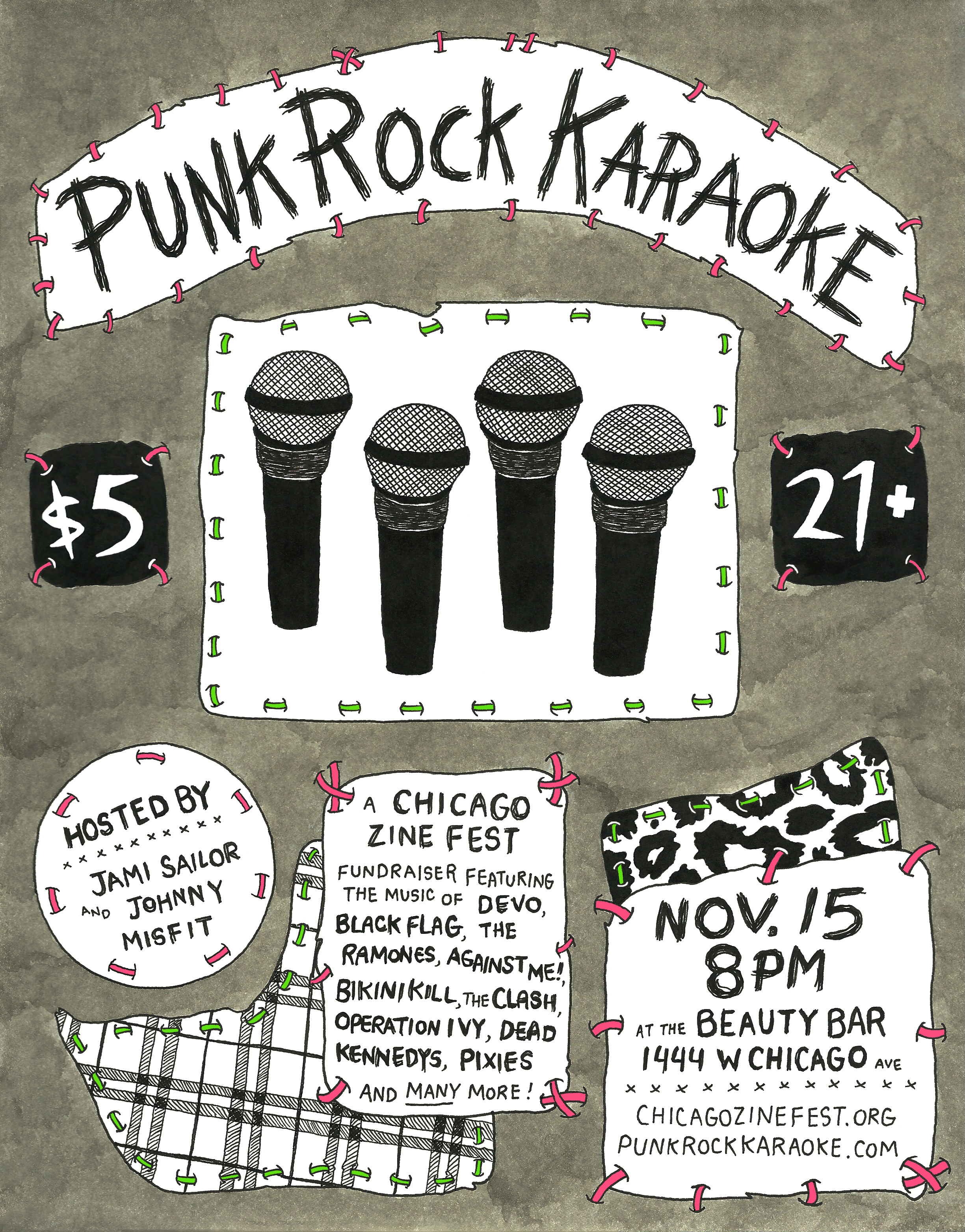 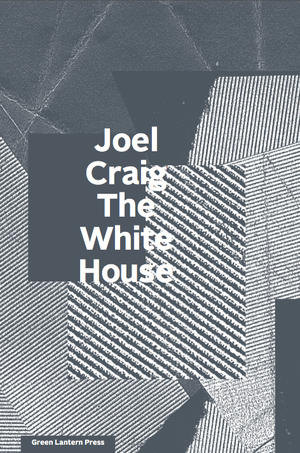 The White House by Joel Craig (Green Lantern Press) $15.00 – Craig’s book doesn’t so much demand as much as call out to the reader, in sequence like an all-night deejay party, with time to dance, time to rest, time to go to the bar and get a refill, or outside for a quick cigarette, hitting on someone on the way back in, hoping to strut, step and swing with them. Cover art and book design by Sonnenzimmer.

Graphic Novels and Trade Paperbacks
Prison Pit Book 4 by Johnny Ryan (Fantagraphics) $12.99
Marbles: Mania, Depression, Michelangelo and Me, A Graphic Memoir by Ellen Forney $20.00 – Forney explores her personal experience with being a creative person while also being a manic depressive. Her highs are well, extreme of course, and the lows are well, extreme of course. But whether mental illness has touched your life or not, this book is an excellent read, especially for the venture into creativity, as well as the enlightening nitty gritty specifics like medical expenses that memoirs of the “coping with mental illness” genre tend to omit. A fast and heart read.-LM
Spaceman Deluxe Edition by Brian Azzarello and Eduardo Risso $24.99
Ragemoor by Jan Strnad et al. $17.99
Scott Pilgrim vol 2 Scott Pilgrim vs The World by Bryan Lee O’Malley $24.99 – Now in color!
JLA Earth 2 TPB by Grant Morrison and Frank Quitely $14.99
Tank Girl Carioca by Mike McMahon and Alan C. Martin $19.95
Annotated Sandman vol 2 by Neil Gaiman $49.99 – Collects Sandman #21 through #39.

Art & Design
Sketch Books: The Hidden Art of Designers Illustrators and Creatives by Richard Brereton $19.95
Silhouettes from Popular Culture by Olly Moss $16.95 – The Prisoner! Cosby! Aliens! And so on.
Generation Ink, Williamsburg Brooklyn by Paul Nathan $29.95
The Lands of Ice and Fire: Maps From Kings Landing to Across the Narrow Sea (A Game of Thrones) by George R.R. Martin $40.00 – This dazzling set of maps transforms the lands of Martin’s epic Song of Ice and Fire series, (which started with A Game of Thrones), into an atlas with pieces that would look great on any castle wall.

Fiction
Damned by Chuck Palahniuk $14.95
The Pirates in an Adventure with Romantics by Gideon Defoe $14.95
Birds of a Lesser Paradise by Megan Mayhew Bergman $15.00
Kurt Vonnegut Letters $35.00
The Funny Man by John Warner $14.00 – A midling comic rockets to fame when he comes up with his gimmick. Can’t he get no respect?

Poetry, Lit Mags and Lit Journals
Palm Trees by Nick Twemlow (Green Lantern Press) $15.00 –  The poems shuttle from airport to boardroom, boardroom to living room, making the kind of foreboding observations that might issue from a drug-addled and paranoid Delphic Oracle. Cover art and book design by Sonnenzimmer.

For Steampunk Enjoyment The Right Way to Do Wrong: A Unique Selection of Writings by History’s Greatest Escape Artist by Harry Houdini (Melville House) $15.00 – Published originally in 1906, this masterclass in subversion by conducted by the world’s greatest illusionist is an anti-etiquette guide and proof that things are not always as they seem. With an introduction by Teller, Penn Jillette’s’s usually silent partner!
The Balloonist by MacDonald Harris – This book won awards in ’77 but this reprint is is more relevant than ever to those interested in things steampunk and 90s. The 1890s, that is. Swedish inventor Gustav Crispin and two companions embark on a hydrogen balloon voyage to the north pole, accompanied by a crate of passenger pigeons and a plentiful supply of canned goods, not to mention sexual politics, romance, railway trains and physics. 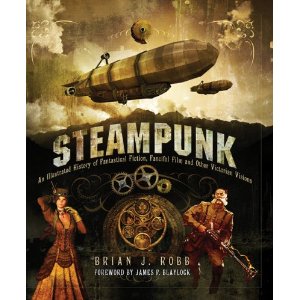 Reprints & Restocks
The Hive by Charles Burns $21.95 – Second book in the Xed Out series. Back in stock.
Lucky Peach #5 China Town Issue $12.00
Lost Dimension by Paul Virilio (Semiotext(e) / Foreign Agents) $15.95 – Thoughts regarding living in the realm of the lost dimension, where the three-dimensional public square of our urban past has collapsed into the two-dimensional interface of the various screens that function as gateways to home, office, and public spaces. Written in 1983 but still as relevant as ever.
Blast Off: Rockets, Robots, Ray Guns and Rarities From the Golden Age of Space Toys by S. Mark Young et al. (Dark Horse) $24.99
Sleepwalk and Other Stories by Adrian Tomine $17.95
various issues of Doris
Nurse Nurse by Kate Skelly (Sparkplug) $15.00
Mark Twain Was Right the 2001 Cincinnati Riots by Dan P. Moore (Microcosm) $8.95 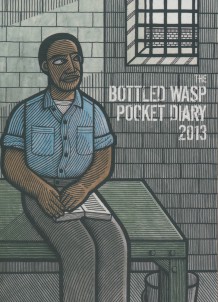 The store Printed Matter in New York reaches out. If you want to support the importance of print, take a look at this e-mail from Printed Matter’s executive director James Jenkin. 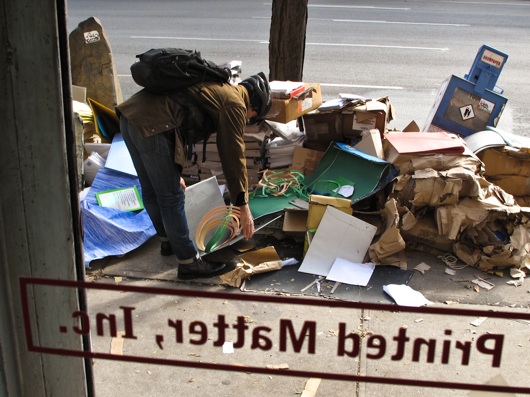 On behalf of the whole team here at Printed Matter I wanted to say thanks to the many of you who have reached out over the past few days–the response has been a bit overwhelming. I’m sorry we have been unable to respond directly to everyone, but I wanted to update everyone briefly on the situation here. Like much of Chelsea, our non-profit store was hit rather hard. While thankfully we were spared ground-level flooding, our basement storage facility took on more than 6 feet of water and as a result we have lost a sizeable amount of our inventory, including large quantities of Printed Matter publications, fundraising editions, as well a range of other stock, much of historical interest and value.

Unfortunately, the Printed Matter Archive was also badly damaged, a portion of it irretrievably. Compiled since the organization’s founding in 1976, the archive held important documentation pertaining to the field of artists’ books as well as a record of the non-profit’s own history. This included early ephemera relating to exhibitions and programming that was important to the field, printed catalogs featuring now rare artist books, and correspondence between the organization’s founders. In addition, an extensive collection of slides and photographs providing a visual history of the organization’s programs and activities was also damaged, including, notably, a full record of the window exhibition program organized by Lucy Lippard. About 20 boxes with archive material deemed to be possibly salvageable has since been sent for emergency conservation. While we are hopeful these efforts will be successful, we expect that it will be a difficult and costly process.

And yet, while this has been a difficult week, the overriding feeling at the shop today has been a positive one. During the week we have received a humbling show of support from artists in the community, local gallerists, ex-employees, present and former interns, passersby, our non-profit peers, and other volunteers. Friends and strangers have biked in and walked from Brooklyn and elsewhere to lend a hand with the daunting and rather messy clean up. This has meant so much to us. We would also like to thank those who have sent messages of support from all over the world. It has been of great comfort to hear that our small organization means so much to so many people.

We have also been grateful for the kindness shown by individuals and organizations that have already approached us to offer support in various ways. Many others have asked how they can help. While we are still wading through the mess, getting a full sense of the damage, and planning our next steps, we do know that our first hope is to save what we can from the archive. We would like to see this material digitized, so that it continues to exist in some form, even if the printed version has been lost to water and mold. If anyone would like to contribute towards this urgent initiative, please feel free to reach out to me directly, or contributions are kindly accepted via our website, using the “donate” button on the right hand side.

Rest assured we are working hard to get Printed Matter open as soon as possible and are hopeful this will be soon. You will have to please excuse the mess (which is far worse than our usual).

I hope you are all getting by okay. We know many others in our community have been equally affected and Printed Matter wishes everyone the best getting back on their feet. 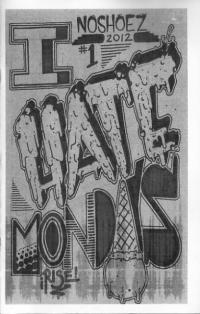 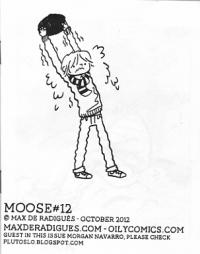 Graphic Novels and Trade Paperbacks
Corpse On the Imjin and Other Stories by Harvey Kurtzman (Fantagraphics) $28.99 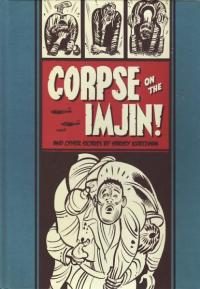 Politics, Revolution & Current Events
Hard Times: An Illustrated Oral History of the Great Depression by Studs Terkel $21.95
From Dictatorship to Democracy: A Conceptual Framework For Liberation by Gene Sharp $13.95

Childrens
Rule Is to Break: A Child’s Guide to Anarchy by John and Jana (Manic D Press) $14.95
Hungry Monkey: A Food Loving Father’s Quest to Raise an Adventurous Eater by Matthew Amster-Burton $14.95

Want info about November events, new stuff and news? Click on the picture below.