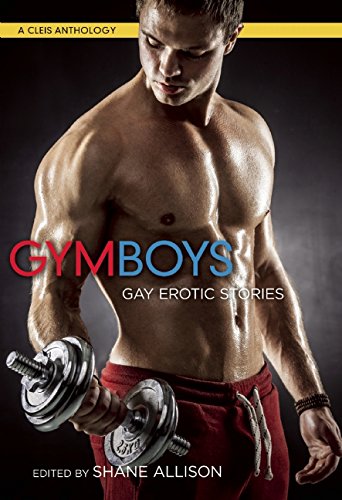 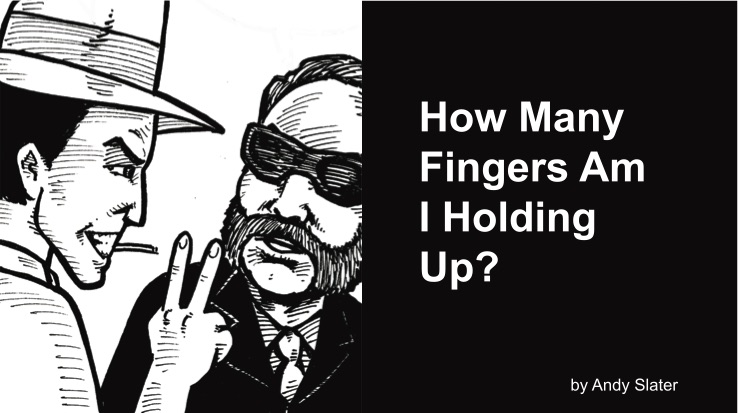 How Many Fingers Am I Holding Up by Andy Slater $3.00 – Thanks to everybody that came out for this event last week! Andy Slater (below) told it like it is! Slater’s Chick Tract-inspired comic chronicles his experiences as a blind pedestrian enduring harassment from aggressive ableists and the unwanted “help” from busy-body gawkers. The book doubles as a DOs & DON’Ts guide on assisting blind folks. 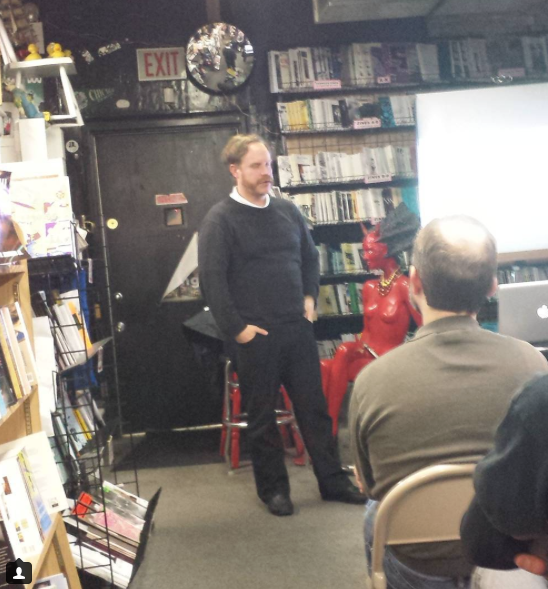 Spinadoodles: The Sixth Year (Being Myself Is My Treasure) by Sam Spina (Birdcage Bottom) $6.00

Crosshatch 34 Cartoonists A Very Simple Game to Drive You Insane by Nate McDonough $1.00 – Lose your mind fully and match the artist to their respective field of crosshatching in the new half size 16 page mini!

See You In the Morning by Maired Case (Featherproof Books) $13.95

Reflections of a Project Girl by Shontay Luna $7.99

*WHAT’S WRONG WITH BEING SEXY?*

Over the Top and Back: The Autobiography by Tom Jones (Blue Rider Press) $26.95

Sound Man: A Life Recording Hits with the Rolling Stones by Glyn Johns $16.00

Sadie, Wolf, and Friends by Lisa Carver $14.95 – Hilarious conversations between Lisa Carver and her children. Wolf is a very sweet, Christian, mystical, autistic artist who loves rocks and sheep and being faithful. Sadie is a spitfire cheerleader wealth-plotting new teen who loves math because there’s only right or wrong and hates social studies because it’s an excuse for other students to say their opinions forever pretending it’s a question. 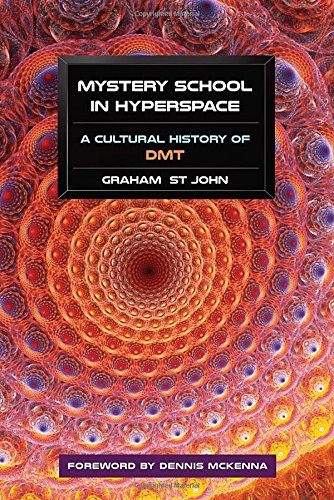 Mystery School In Hyperspace: A Cultural History of DMT by Graham St John, with a foreward by Dennis McKenna (Evolver Editions) $19.95 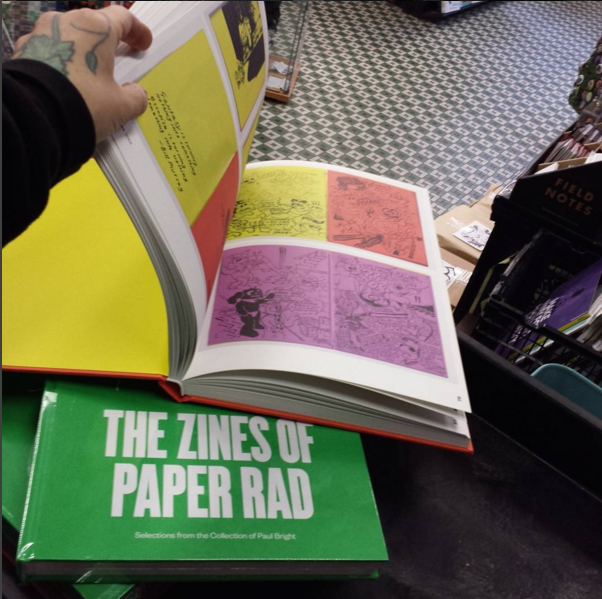 PPP Zines of Paper Rad: Selections from the Collection of Paul Bright $50.00

We Will Become Strangers $4.00

Butter and Blood by Steven Weissman $13.00

Our Expanding Universe by A Robinson (Top Shelf) $19.99

How Many Fingers Am I Holding Up by Andy Slater $3.00

Celebrate the People #3 Hike Up Yer Britches Folks Its Time For Book $7.00

Fraud Upon the Court Reclaiming the Law Joyfully by M Maxwell $14.95

Historical Apothecary Compendium A Guide to Terms and Symbols by D.A. Goldstein $50

Care and Feeding of a Spirit Board by Craig Conley $16.95

We Robots: Staying Human in the Age of Big Data by Curtis White (Melville House) $25.95

Silver Screen Fiend: Learning About Life From an Addiction To Film by Patton Oswalt $15.00

JFK From Parkland to Bethesda the Ultimate Kennedy Assassination Compendium by V Palamara $19.95

Information Doesnt Want to Be Free Laws for the Information Age by Cory Doctorow (McSwnys) $15.00

Contraband Cocktails: How America Drank When it Wasnt Supposed To by Paul Dickson $19.95 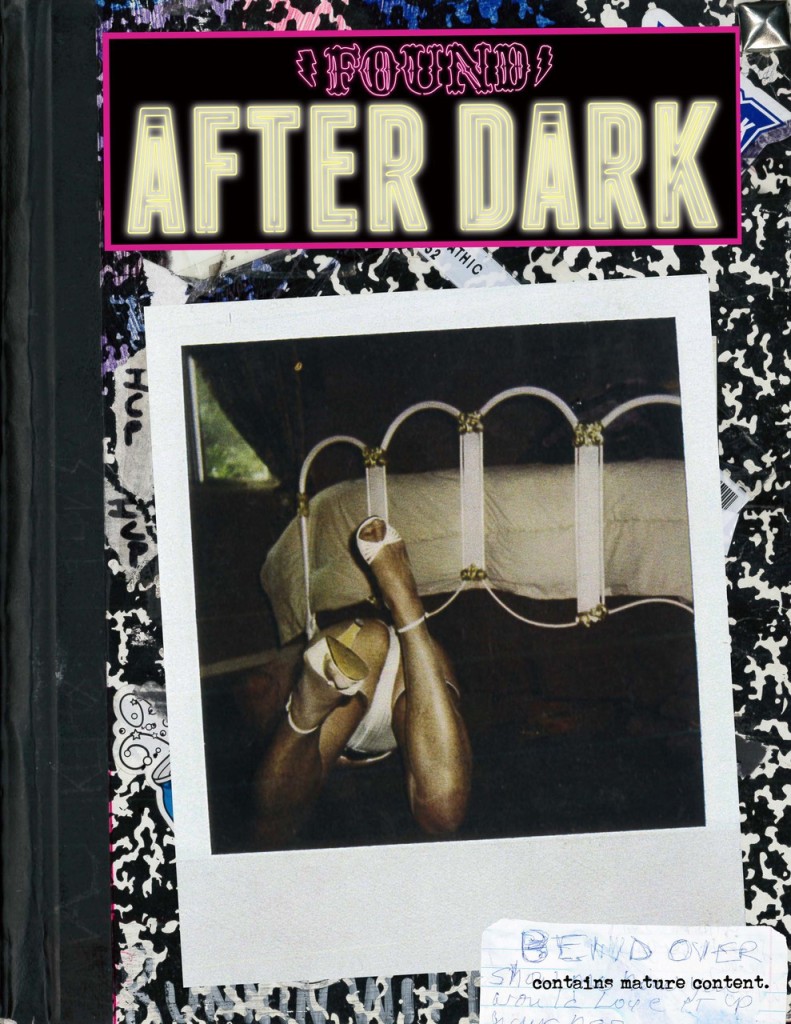 Found After Dark #1 Addicted to Infidelity $14.99 – This special edition of FOUND Magazine is made in the collage style of the original and jam-packed with finds discovered in dumpsters, left at bus stations, and peeled off of sidewalks from around the world. Finds include desperate and hilarious pleas for hook-ups, sexy to-do lists, and “romantic” notes. More raw than Dirty FOUND, Found After Dark also features delightful illustrations by the infamous Tony Millionaire, the talented Sophie McMahan, and from the mind of Anna Stasek. 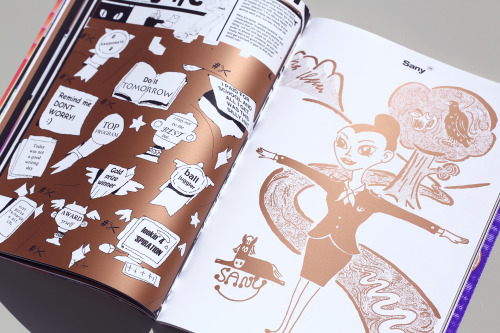 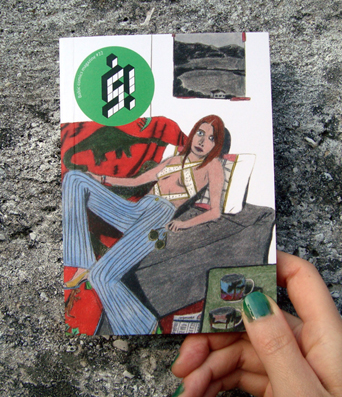 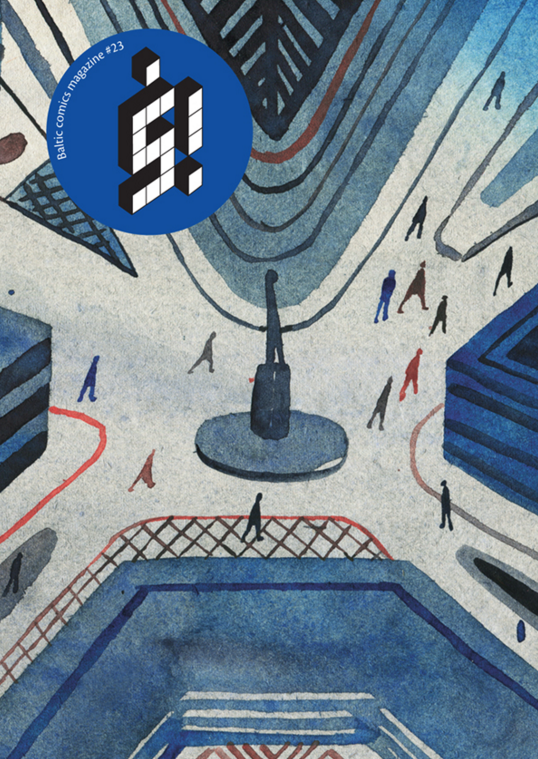 Everything’s Gonna Be Okay by Hiro $5.00

City of Clowns by Daniel Alarcón and Sheila Alvarado $22.95 – A story of among other things, chronicle the life of street clowns, sad characters who populate the violent and corrupt city streets of Peru.

Will Eisner: Champion of the Graphic Novel by Paul Levitz $40.00

The Suspended Castle: A Philemon Adventure by Fred $16.95

Cyanide and Happiness Stab Factory by Rob and Dave Kris $14.99

Hereville: How Mirka Caught a Fish by Barry Deutsch $17.95

I Blame Dennis Hopper And Other Stories from A Life Lived In and Out of the Movies by Illena Douglas (Flatiron Books) $25.99

Brothers Vonnegut: Science and Fiction in the House of Magic by Ginger Strand $27.00 – Worlds collide in this true story of weather control in the Cold War era and the making of Kurt Vonnegut and reveals how science’s ability to influence the natural world also influenced one of our most inventive novelists.

If The Raindrops United: Drawings and Cartoons by Judah Friedlander $16.99 – A book of hilarious and ingenious comic drawings from the popular 30 Rock star and “World Champion” comedian Judah Friedlander, hailed by Tina Fey as “one of the all-time great weirdos.”

The Bassoon King: My Life in Art Faith and Idiocy by Rainn Wilson $26.95

That’s Disgusting: Unraveling the Mysteries of Repulsion by Rachel Herz $15.95

Red Queen: Sex and the Evolution of Human Nature by Matt Ridley $15.99 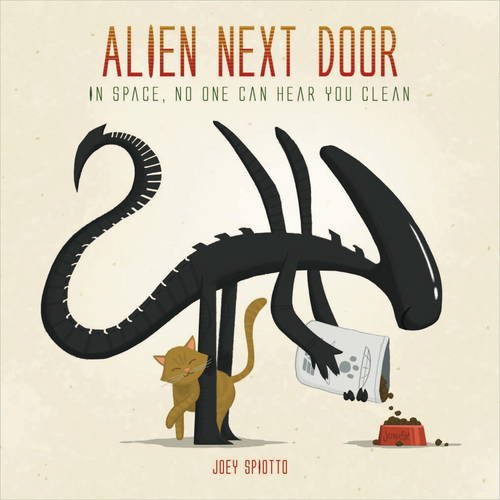 Alien Next Door by Joey Spiotto $14.95 – See a new, caring side to the legendary science fiction monster. Is this what Giger would have done if he had done children’s books?

The Fox and the Star by Coralie Bickford-Smith $20.00

Color Me Turkey: A Thanksgiving Recipe and Coloring Book by Joanna and Todd Miller, Patrick Burnell $6.00

Bad Anime vol 8 Why the Board is Very Wrong Issue by Vanessa Barros Andrade $6.00

MENS FEELINGS #2 by Ted May (Revival House Press) $5.00 – A delicate, yet satirical examination of the male psyche set against the modern cultural landscape. 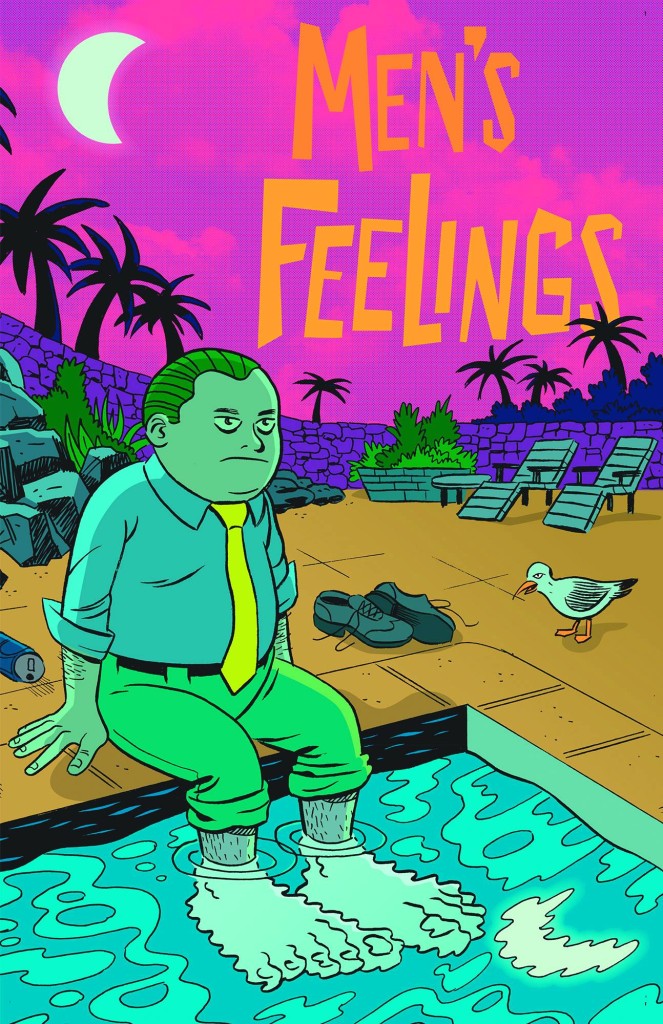 Trashed: An Ode to the Crap Job of All Crap Jobs by Derf Backderf (Abrams) $18.95 – Trashed follows the raucous escapades of three 20-something friends as they clean the streets of pile after pile of stinking garbage, while battling annoying small-town bureaucrats, bizarre townfolk, sweltering summer heat, and frigid winter storms. 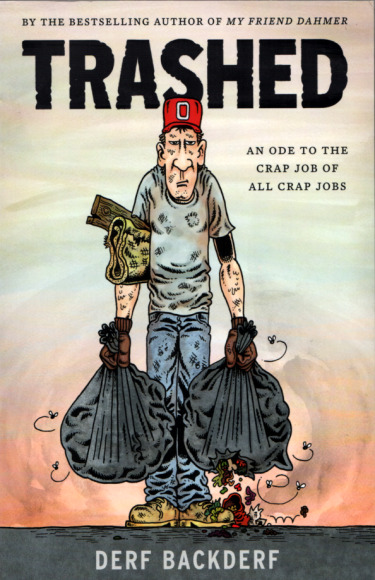 The Sandman: Overture Deluxe Edition by Neil Gaiman, illustrated by JH Williams III (Vertigo) $24.99 – 25 years later, we get The Sandman origin story from Neil Gaiman’s acclaimed series. From the birth of a galaxy to the moment that Morpheus is captured, THE SANDMAN: OVERTURE will feature cameo appearances by fan-favorite characters such as The Corinthian, Merv Pumpkinhead and, of course, the Dream King’s siblings: Death, Desire, Despair, Delirium, Destruction and Destiny.

New Construction: Two More Stories by Sam Alden (Uncivilized Books) $17.95 – A collection of two new stories from cartoonist and Adventure Time contributor Sam Alden. In “Household,” a brother and sister deal with divergent memories of their father and grow closer than ever. In “Backyard,” vegans and anarchists share a house, small dramas and bizarre transformations (featuring a new, never before published ending).

Lafcadio Hearn’s “The Faceless Ghost” and Other Macabre Tales from Japan by Sean Michael Wilson (Shambala) $16.95

Hysteria Graphic Freud by by Richard Appignanesi and Oscar Zarate (SelfMadeHero) $24.95 – An account of Sigmund Freud’s early work that led to the foundation of psychoanalysis.

Filmish: A Graphic Journey Through Film by Edward Ross (SelfMadeHero) $24.95

Visual Impact: Creative Dissent in the 21st Century by Liz McQuiston (Phaidon) $39.95 – An accessible and richly illustrated exploration of how art and design have driven major social and political change in the 21st century.

Bread and A Dog by Natsuko Kuwahara (Phiadon) $14.95 – A dog poses in photos under a table with different kinds of bread. And there’s recipes!! WOOF. 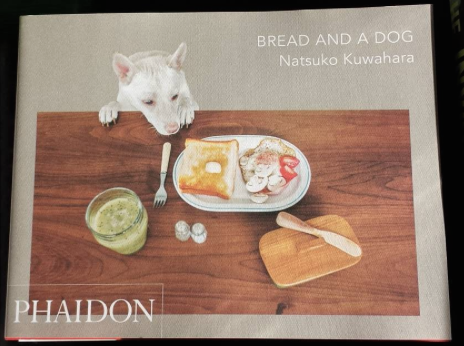 Chapter And Verse (New Order, Joy Division And Me) by Bernard Sumner $27.99 – Memoir from a founding member of Joy Division, and later as the front man of New Order.

The Art of Asking Or How I Learned To Stop Worrying and Let People Help by Amanda Palmer $15.99 – Now in soft cover.

Rap Tees: A Collection of Hip-Hop T-Shirts 1980-1999 by DJ Ross One (PowerHouse) $35.00 – Includes rare shirts from a wide selection of the who’s-who of the business including: Public Enemy, Boogie Down Productions, Beastie Boys, Eric B and Rakim, Wu Tang Clan, Jay Z, Nas, EMPD, and many, many more.

I Can Give You Anything But Love by Gary Indiana $25.95

House of My Own: Stories from My Life by Sandra Cisneros $28.95

Unspeakable and Other Subjects of Discussion by Meghan Daum $16.00

My Adventures with Your Money: George Graham Rice and the Golden Age of the Con Artist by T.D. Thornton $28.99

It Ended Badly: Thirteen of the Worst Breakups in History by Jennifer Wright $21.00 – A history of heartbreak-replete with beheadings, uprisings, creepy sex dolls, and celebrity gossip-and its disastrously bad consequences throughout time.

Making A Silk Cocoon Art Journal #1 A How To Zine by Katie Cisek $5.00

Love in the Age of Ecological Apocalypse: Cultivating the Relationships We Need to Thrive (Sacred Activism) by Carolyn Baker (North Atlantic Books) $16.95

Whiskey Distilled: A Populist Guide to the Water of Life by Heather Greene $17.00

Great Moments in Chocolate History, with 20 Classic Recipes From Around The World by Howard Yana Shapiro (National Geographic) $19.95

Voices from Chernobyl: The Oral History of a Nuclear Disaster by Svetlana Alexievich $16.00

Letters of Joe Hill: Centenary Edition by Joe Hill, ed. by Philip S. Foner & Alexis Buss (Haymarket) $11.95 – “Joe Hill’s influence is everywhere. Without Joe Hill, there’s no Woody Guthrie, no Dylan, no Springsteen, no Clash, no Public Enemy, no Minor Threat, no System of a Down, no Rage Against the Machine.”—Tom Morello, from the foreword. Radical songwriter and organizer Joe Hill was murdered by the capitalist state in 1915, but his songs continue to inspire working-class activists and musicians. In this collection of letters, readers are provided a window into the political reflections and personal struggles behind Hill’s legend.

East and West and Two Apple Boxes by Gabriel Johnson $5.00

Benny and the Lost Roar by Karen White, illustrated by Eddie Fieg $15.00